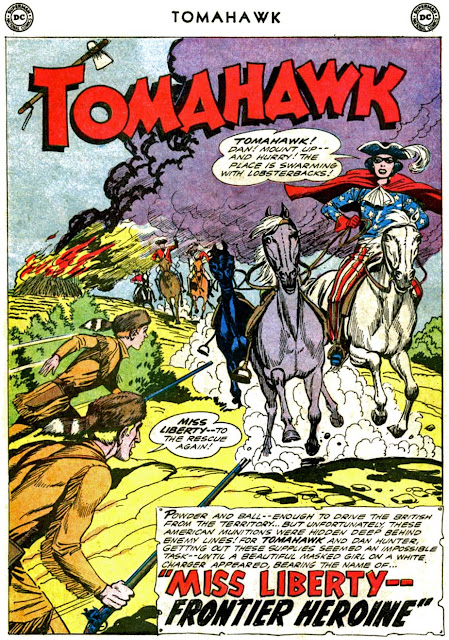 I've never been a big fan of DC's Revolutionary War era hero Tomahawk. I have, however, long been fascinated by the attempts in the early to mid-sixties to cross-pollinate if you will the series with the tropes of other DC titles--giant gorillas, evil masterminds, monsters and, seen here, a masked and costumed super heroine. This was Miss Liberty's debut. She would return several more times before TOMAHAWK took a turn for the more "relevant" and serious. 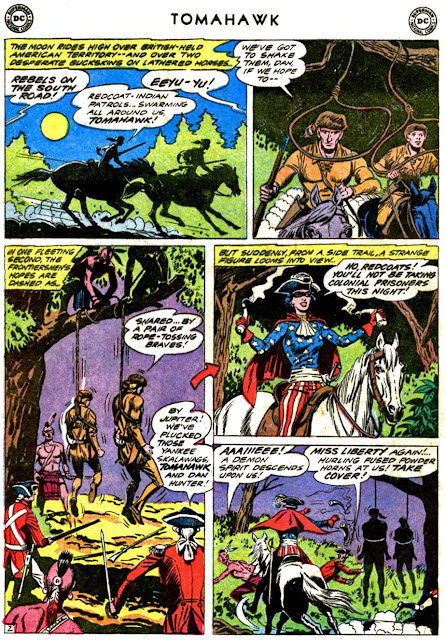 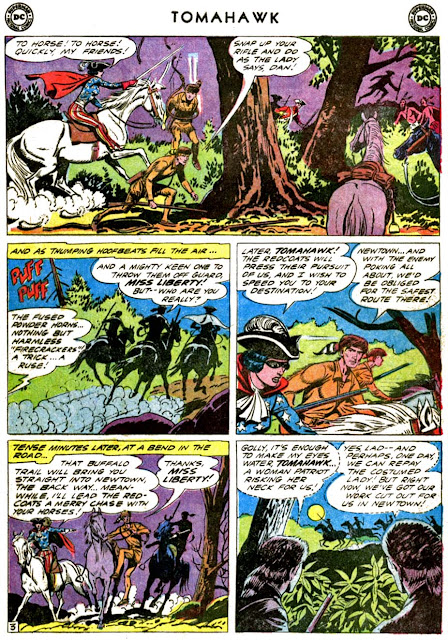 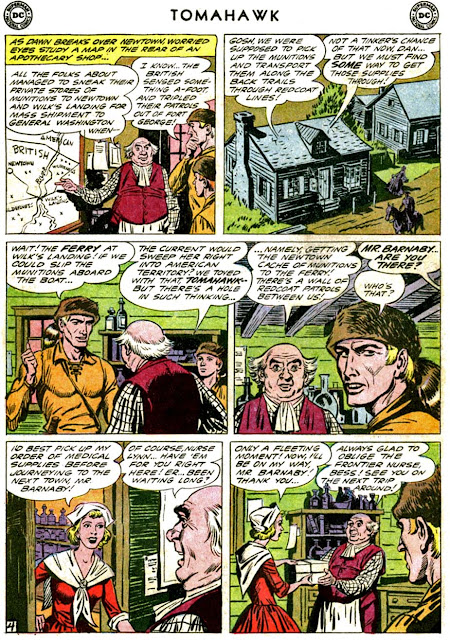 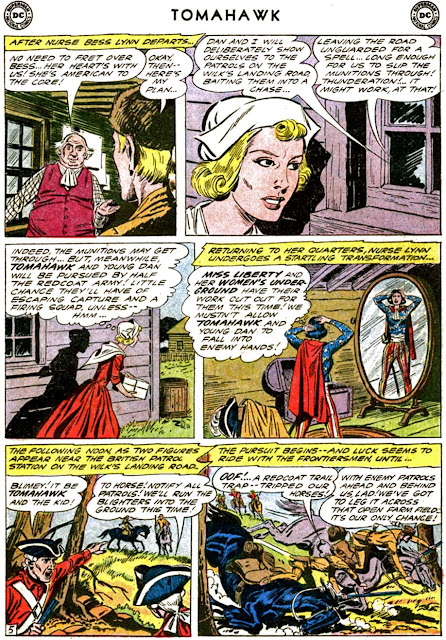 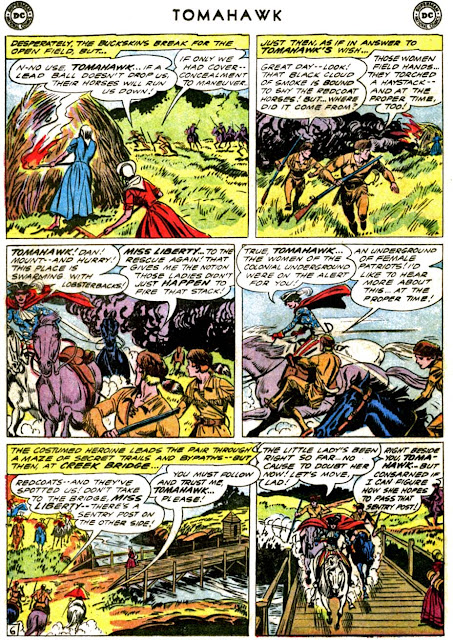 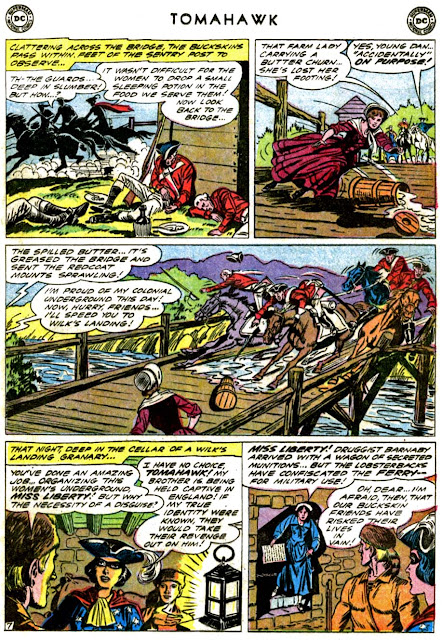 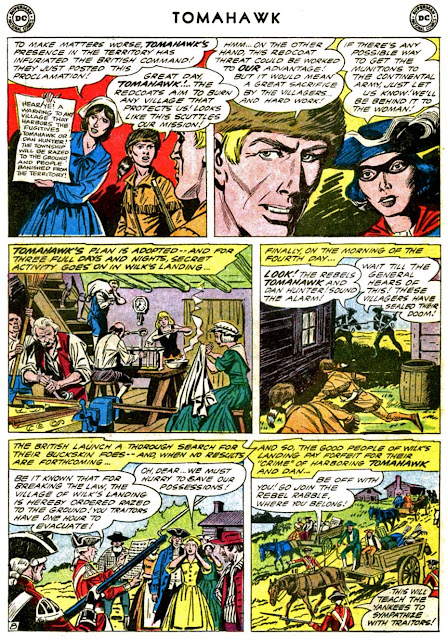 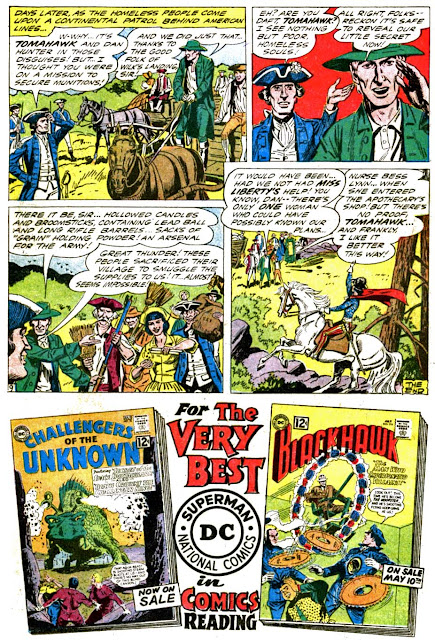