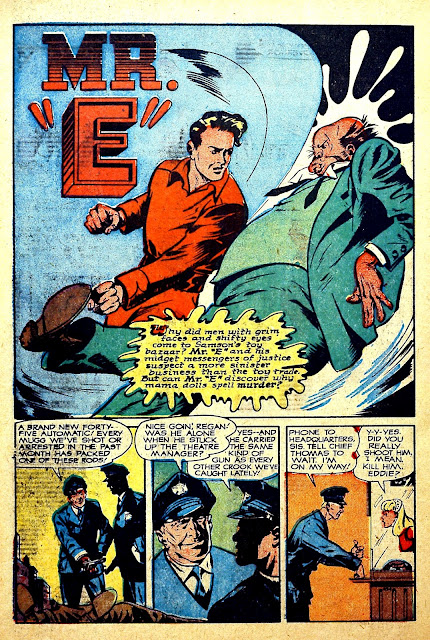 I'm going to quote from a Wiki page here on this guy because I doubt I could say it any better---Mr. E appealed for guidance and assistance to a statue of a ancient tribal god named King Kolah which he found in the ruins of a prehistoric city. Housed in a hidden subterranean temple beneath his home, Kolah presented Mr. E with visions that led him to criminals. The idol also gave him and gave Mr. E the assistance of his elven messengers, the Messengers of Justice. The messengers were small gnome-like creatures who could shapeshift into blackbirds and wreaked mischief against Mr. E's enemies. The names of some of the creatures were Butch, Zipper, Tim and Spike. Mr. E used his visions and assistant gnomes to fight crime in Washington DC. Mr. E dated a girl named Miss Terry. Mr. E is seen with both blonde or black hair. 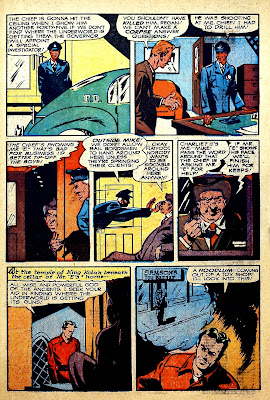 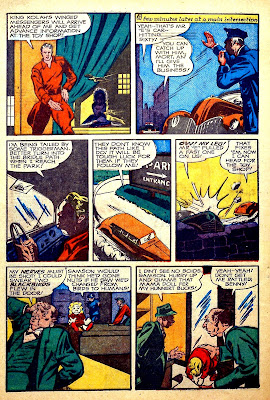 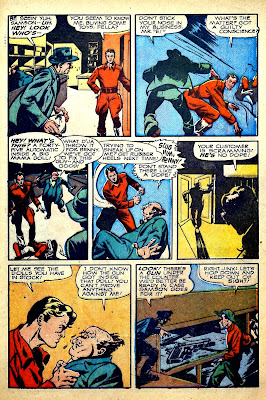 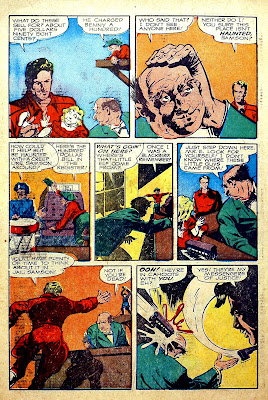 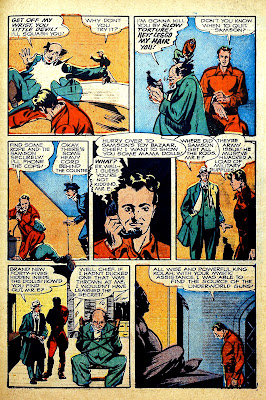 Posted by Booksteve at 4:39 PM