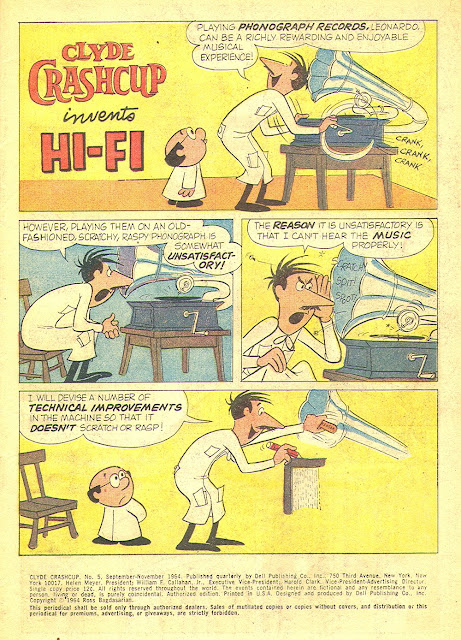 A clever cartoon from the early sixties with its clueless inventor lead played by Shep Menken whose voice I easily hear as I read through John Stanley's even more creative (in my opinion) comic book adaptations. With art from Stanley's LITTLE LULU teammate Irving Tripp, this is both genuinely funny and uniquely creative. Sidekick Leonardo never spoke, by the way, bringing to mind the similar real-life combination in later years of the superior Penn and his silent cohort, Teller. 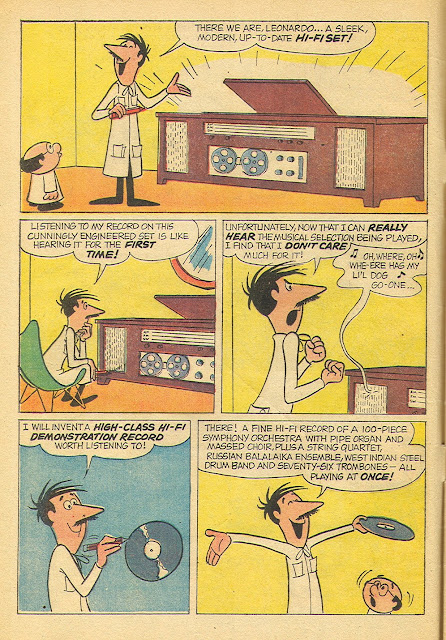 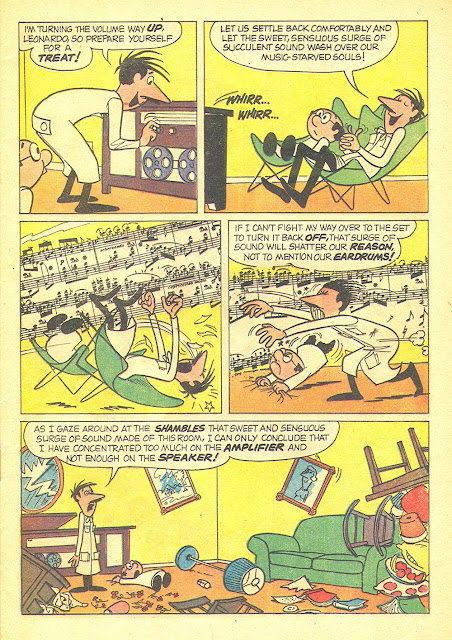 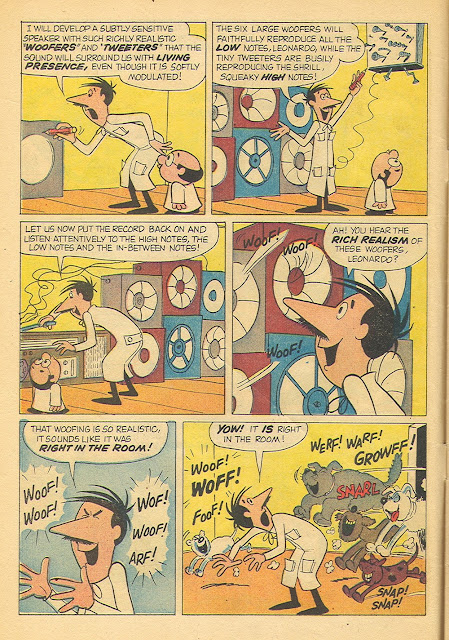 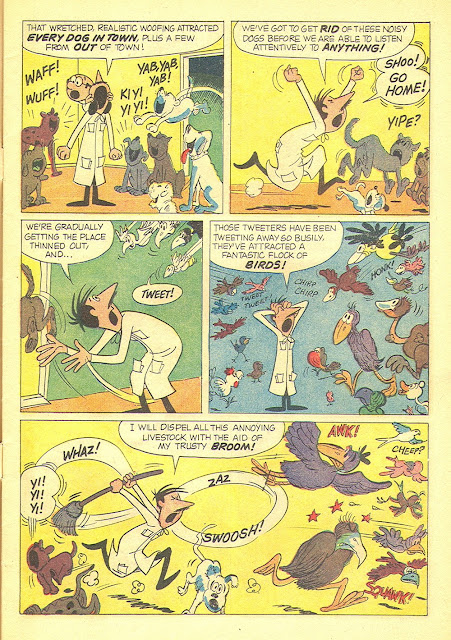 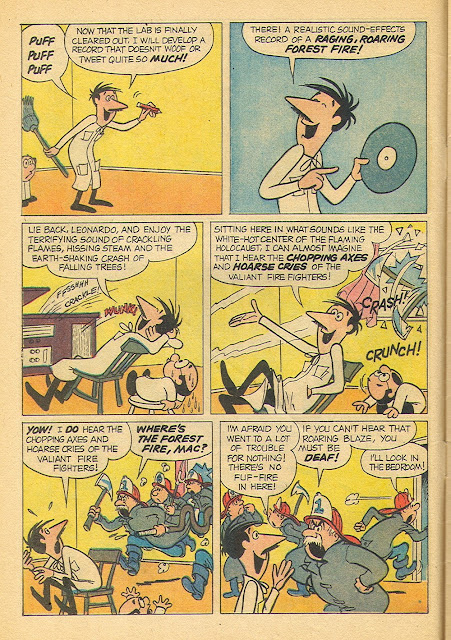 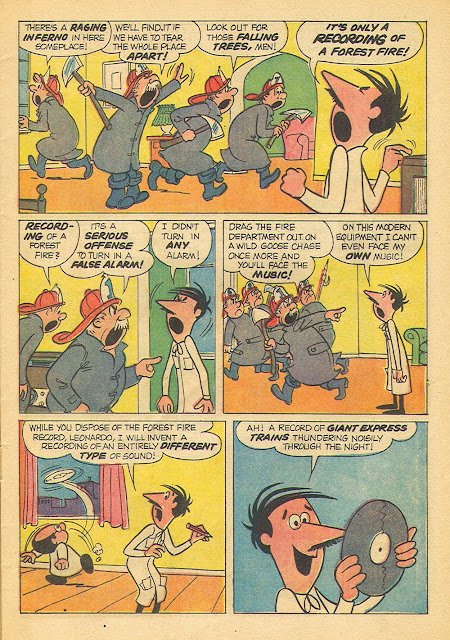 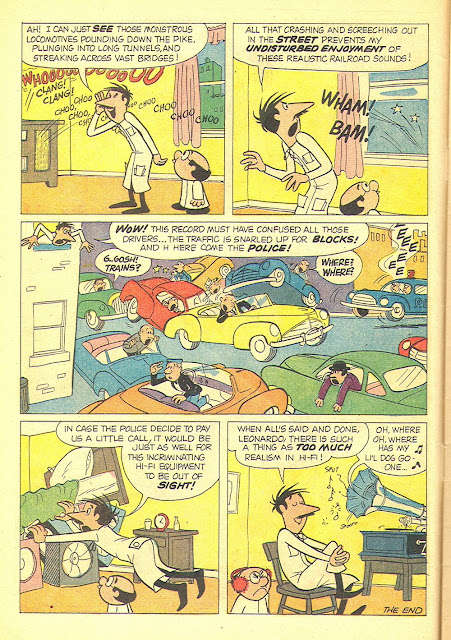 Posted by Booksteve at 1:30 AM

Clyde was modeled in voice and appearance on character actor Richard Haydn. I recall seeing Haydn play an eccentric botanist in the film "Sitting Pretty" (the first film to feature Clifton Webb as Mr. Belvedere), and I said, "that's Clyde Crashcup!"