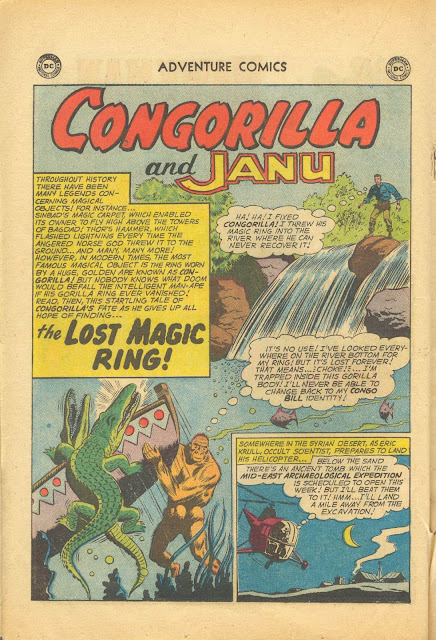 DC's fascination with gorillas in the Silver Age is well-documented. Supposedly it grew out of the fact that someone noticed that gorillas on the cover tended to sell more issues of a comic book. In perhaps the ultimate distillation of the gorilla theme, the company took its innocuous Jungle Jim clone, CONGO BILL, and gave him the ability to turn into a gorilla. Then, as far as I know...they never actually put him on a cover! 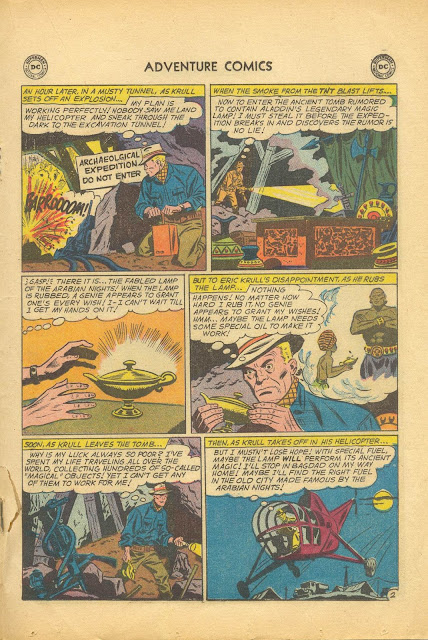 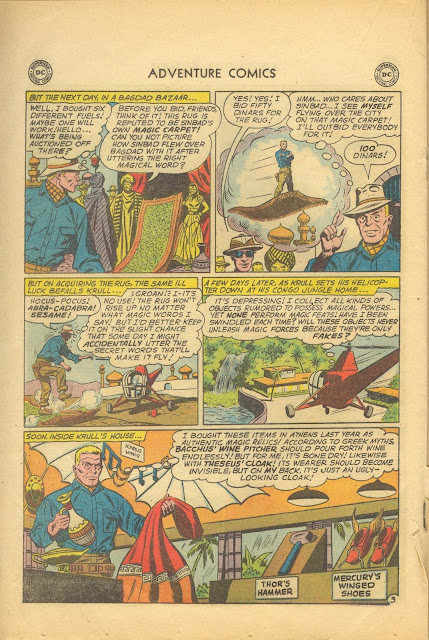 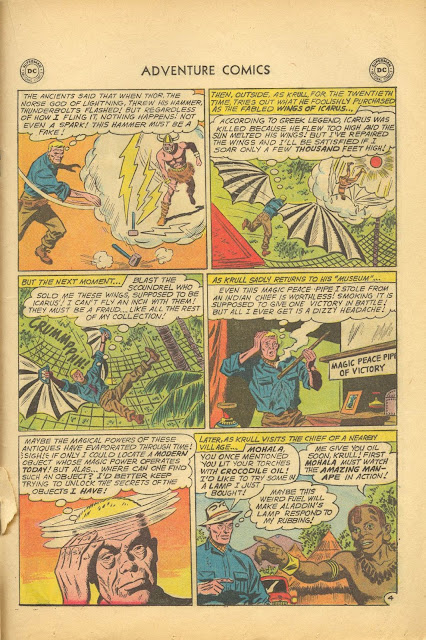 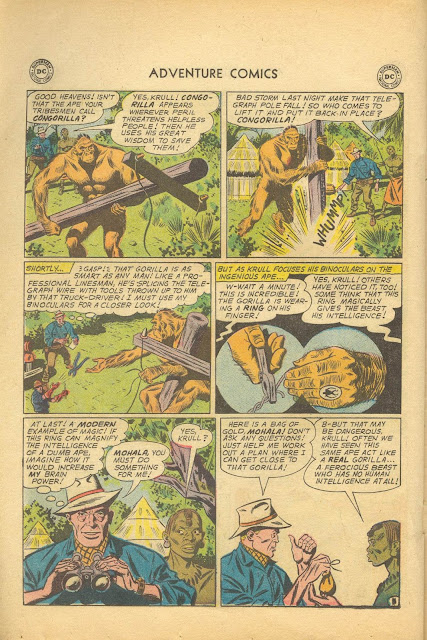 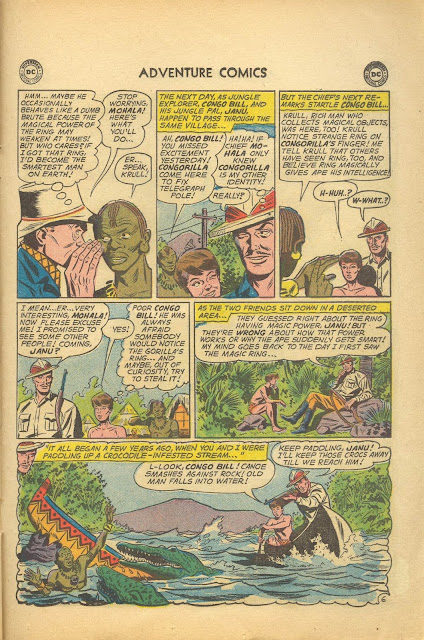 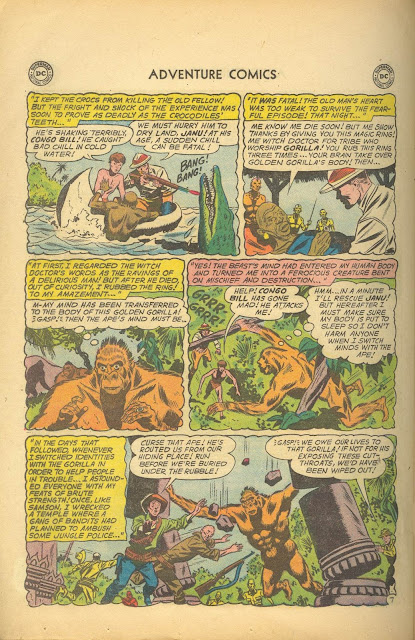 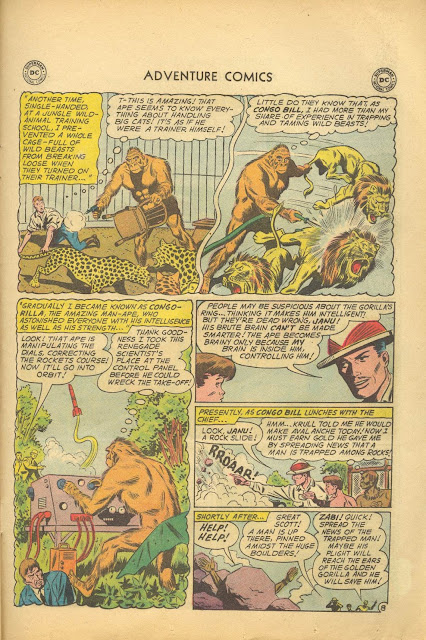 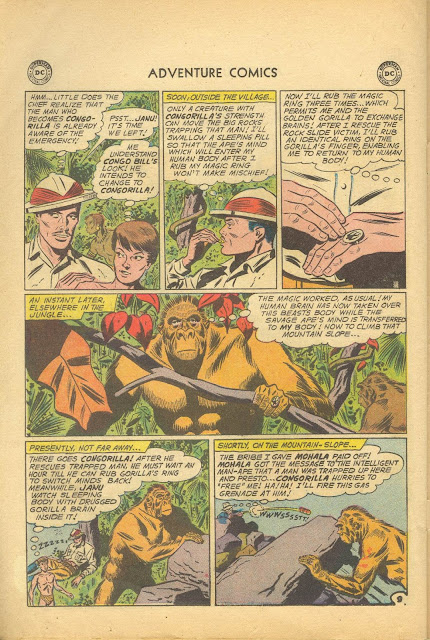 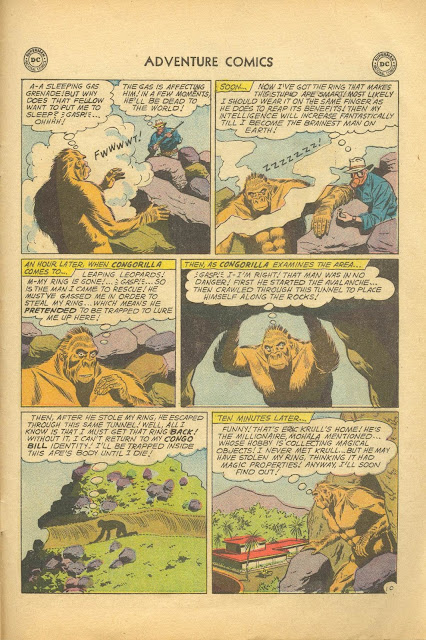 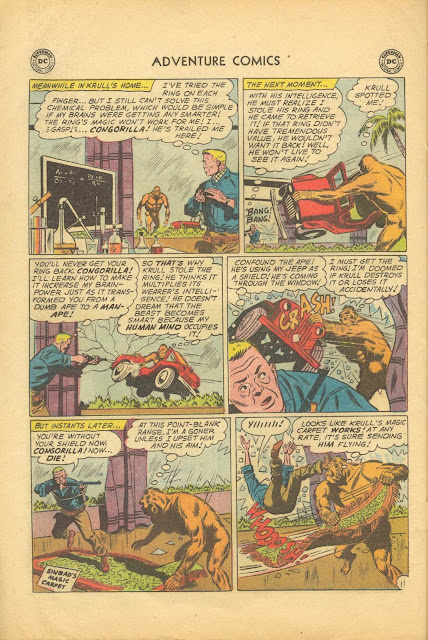 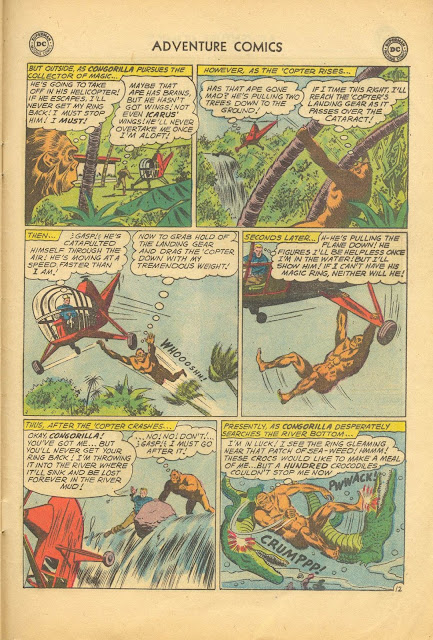 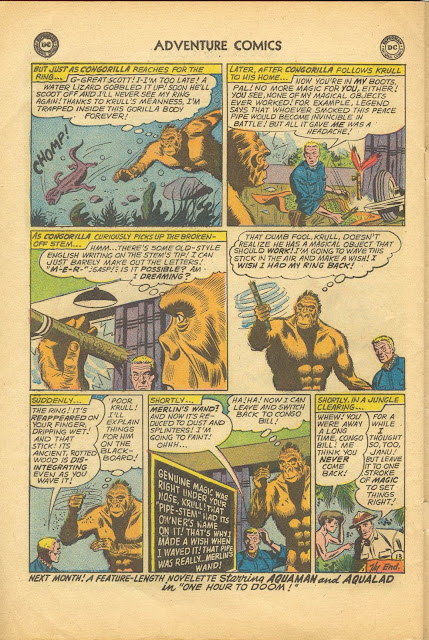 Posted by Booksteve at 2:00 AM