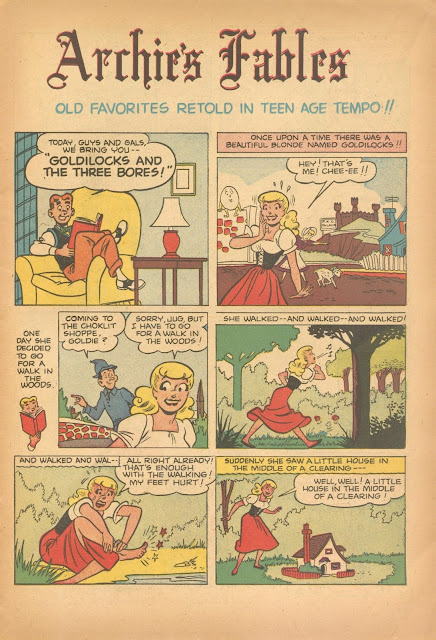 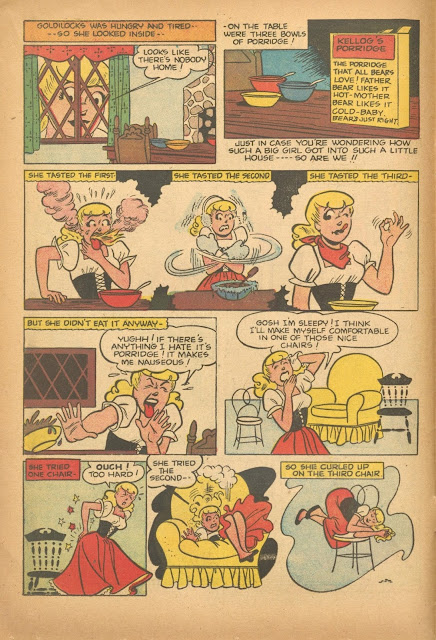 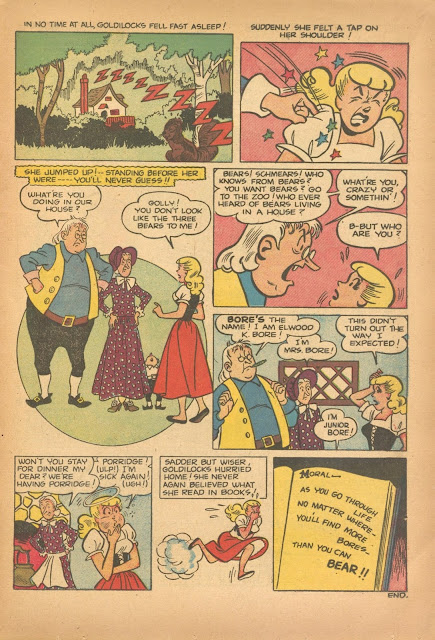 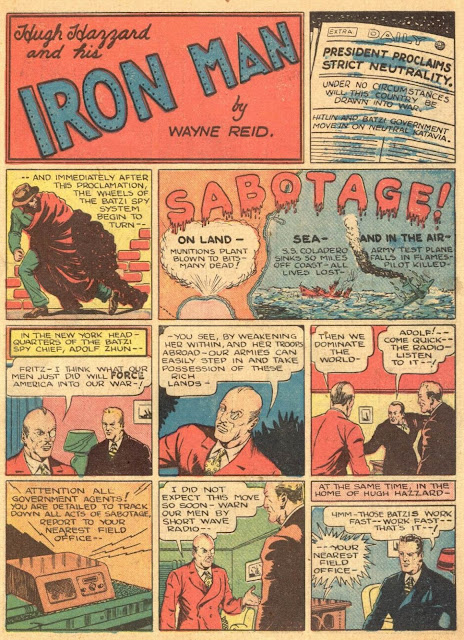 Iron Man! Well, not THAT Iron Man. THIS Iron Man is Bozo the Robot, here fighting the good fight against renamed Nazis even though the US was yet to enter the war. 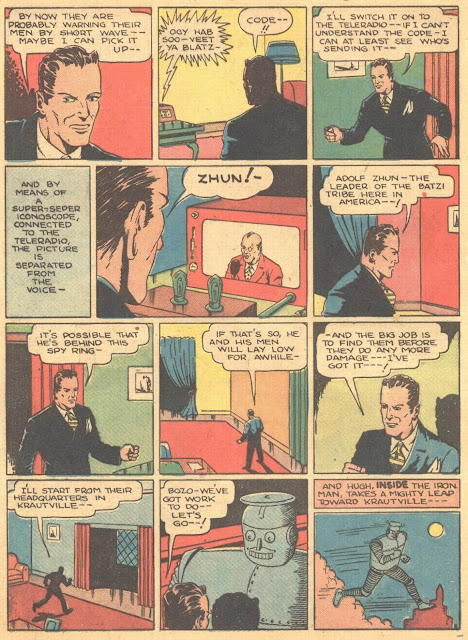 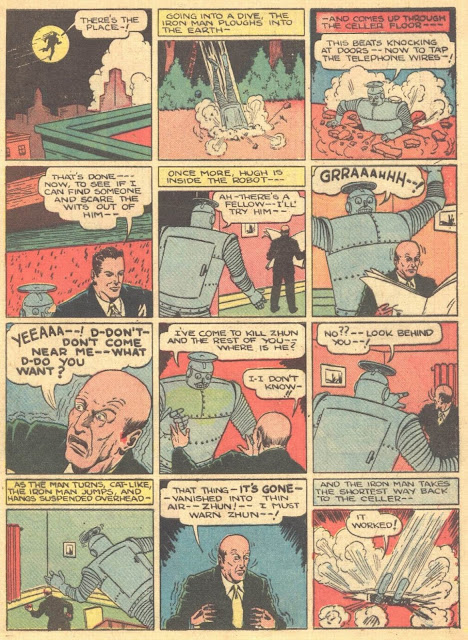 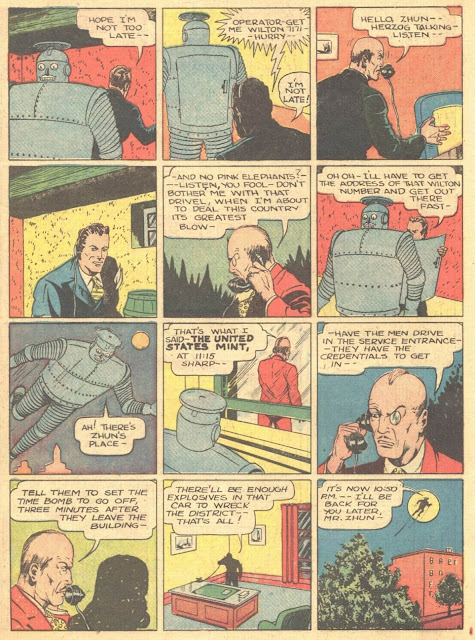 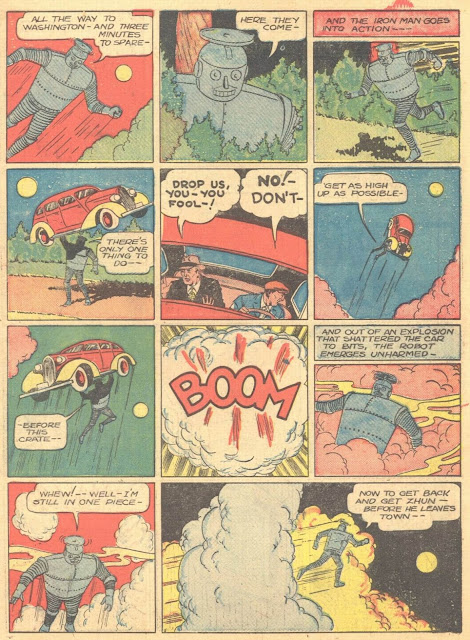 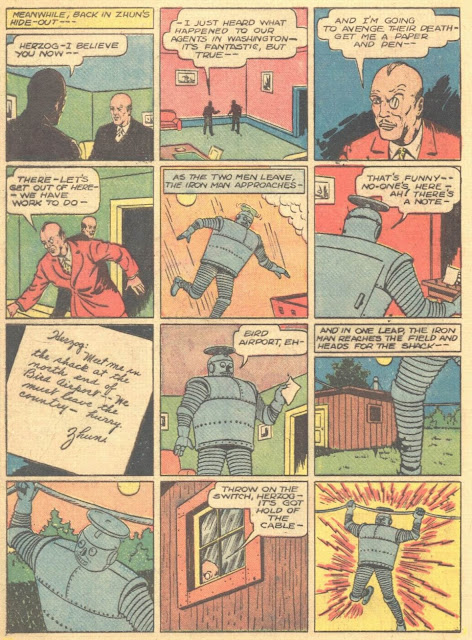 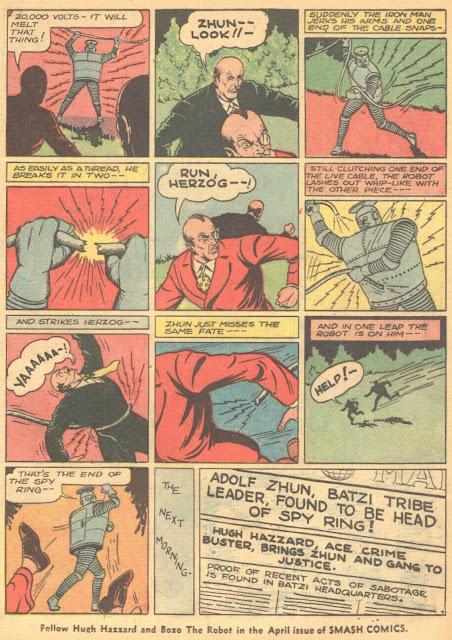 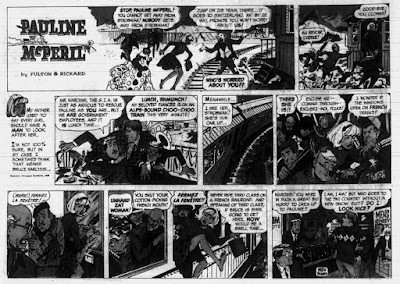 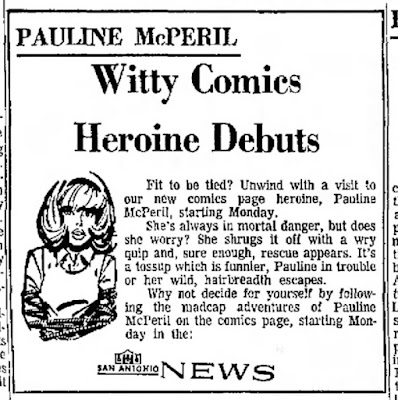 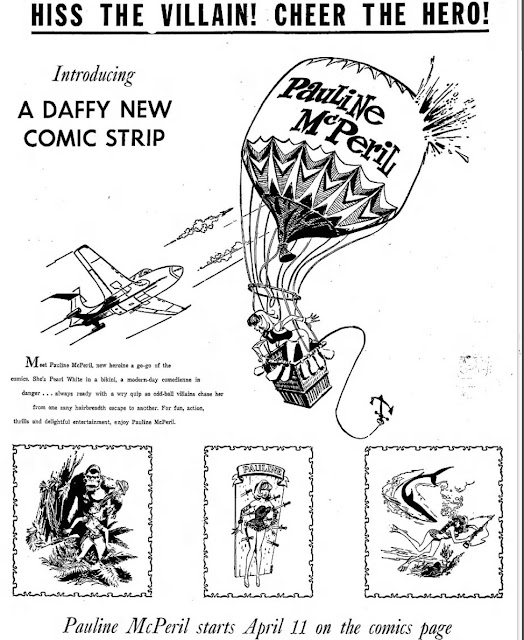 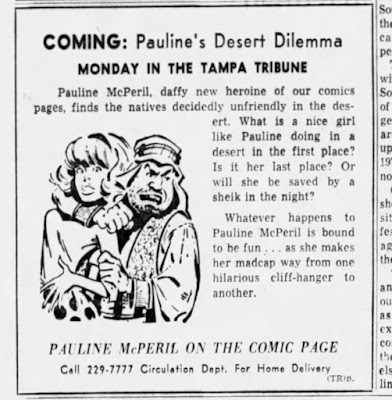 Here are some promotional ads for PAULINE McPERIL--no relation to PAULINE PERIL which we ran here recently but clearly inspired by the same source material, the seminal PERILS OF PAULINE concept. This version, of which we'll run the black and white dailies from the initial continuity over the next two days, was actually pretty close to Martin Goodman's PUSSYCAT strip, although our imperiled heroine manages to keep her clothes on. Writer (as "Fulton") is MISS PEACH cartoonist Mel Lazarus, and artist is MAD's Jack Rickard. It isn't really very good (which is why it seems to have lasted less than a year) but it IS interesting. The online newspaper archives are terrible for Sunday strips so I've only thrown in one murky one at the end to kind of sum up the storyline. 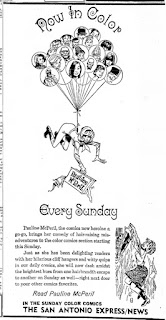 Posted by Booksteve at 12:00 AM No comments: