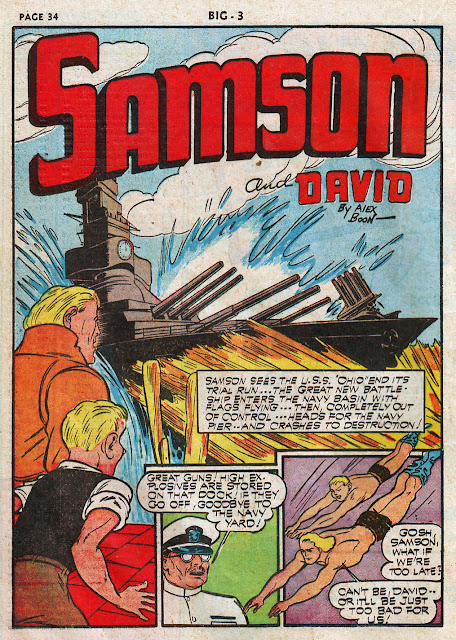 The underdressed SAMSON wa s apopular Fox feature appearing in several mags over time. Said to have been created by Will Eisner, the original artist was Alex Blum as "Alex BOON." The latter name may well have become just a house name (as did "Charles Nicholas" in spite of the fact that there was real Charles Nicholas drawing comics). If that's the case, this particular story may or may not be by him. 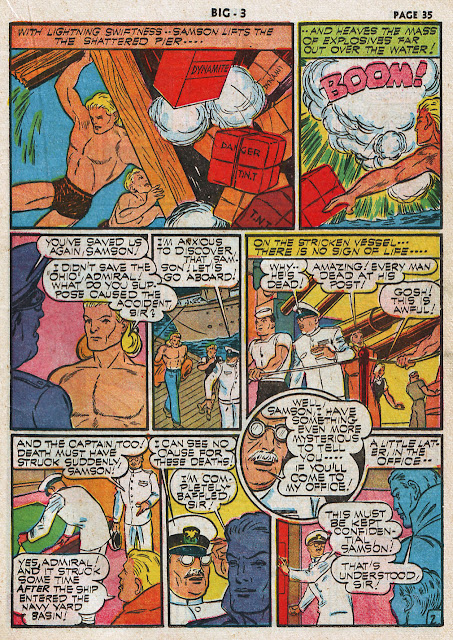 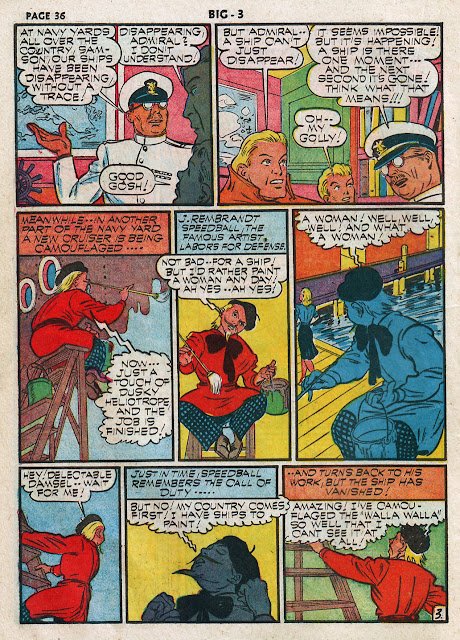 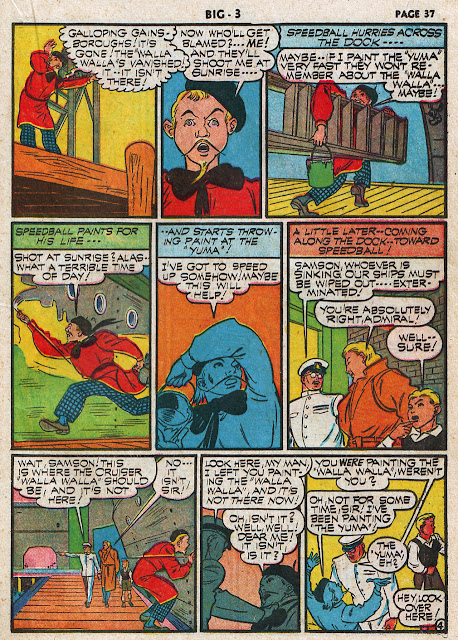 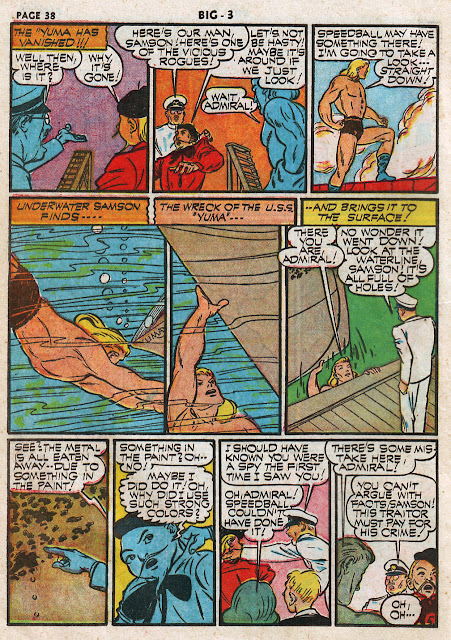 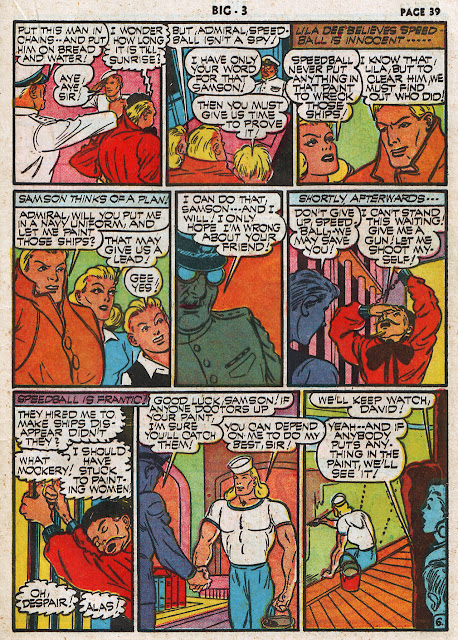 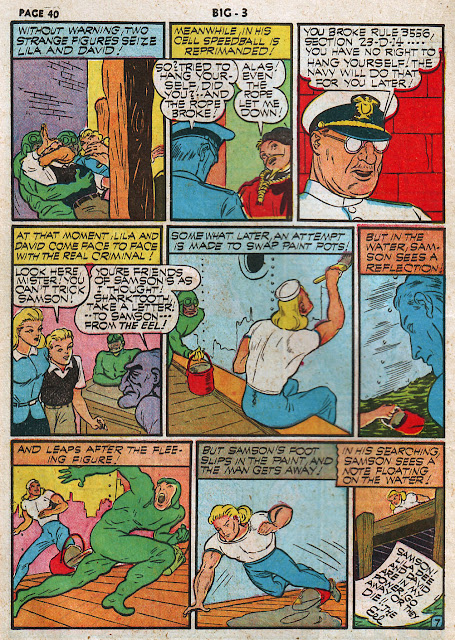 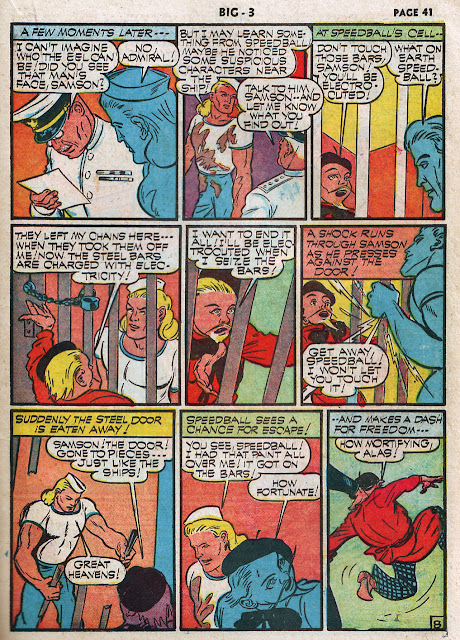 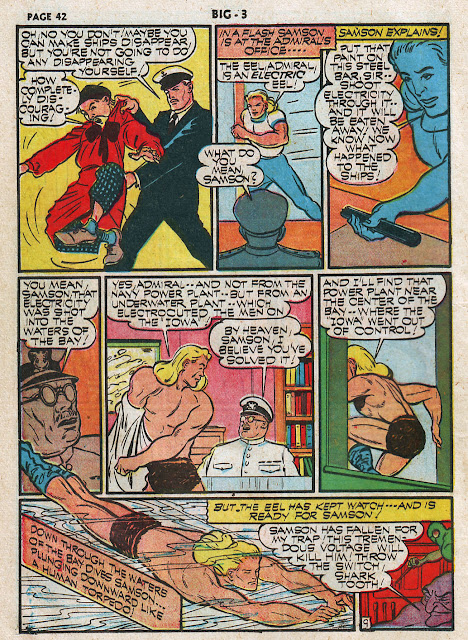 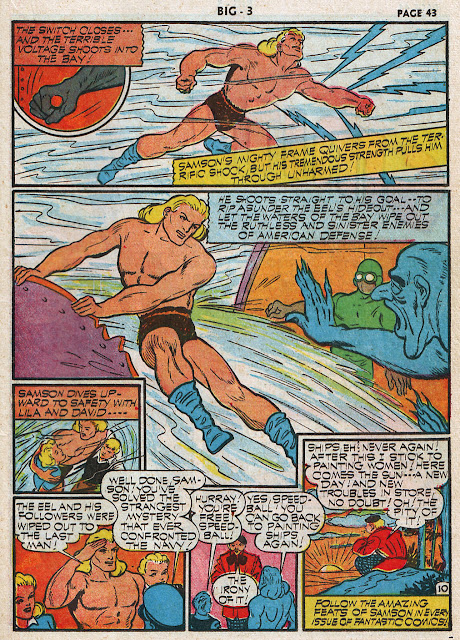 Something bad happened; this guy was there; therefore this guy must be responsible! The Admiral's pattern of inference is exactly that of a cat.