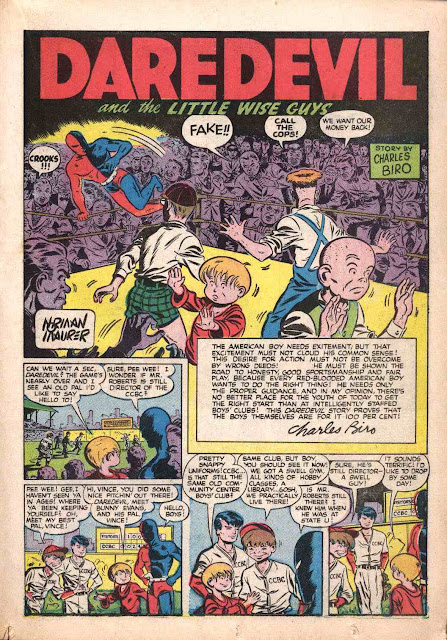 One of my favorite Golden Age artists, Norman Maurer, usually gets his comics career swept under the rug since he married Moe Howard's daughter and went on to manage the career of THE THREE STOOGES, producing and/or directing their feature films of the 1960's. Here he is on the original Daredevil strip, just as that character started to take a back seat to his own supporting characters, The Little Wise Guys. Eventually, the hero would be completely forced out of his own strip! 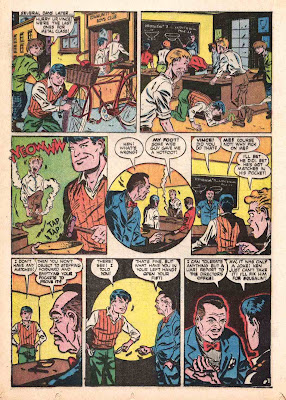 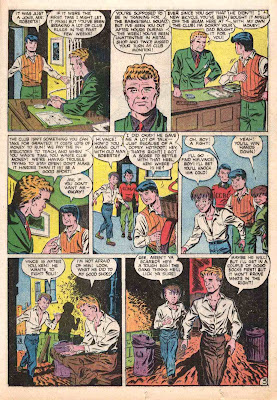 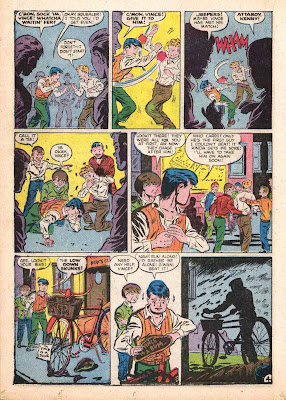 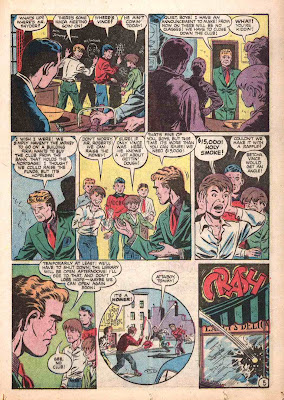 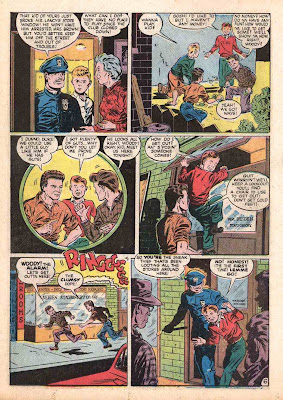 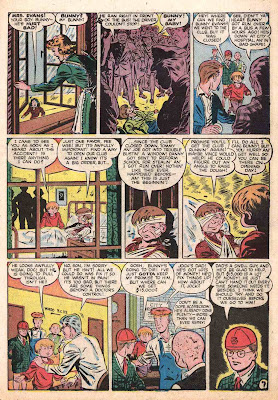 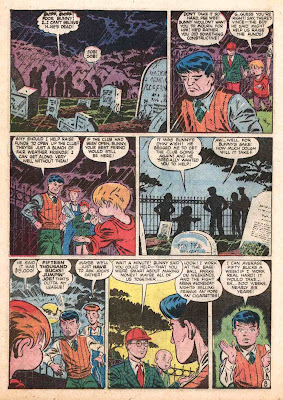 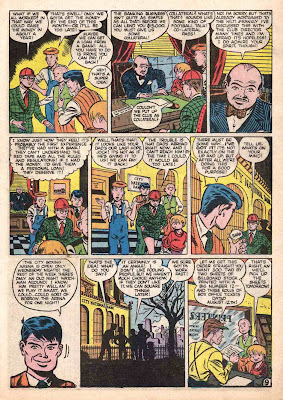 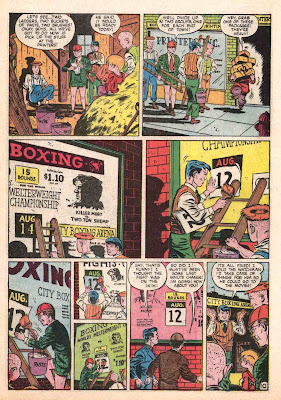 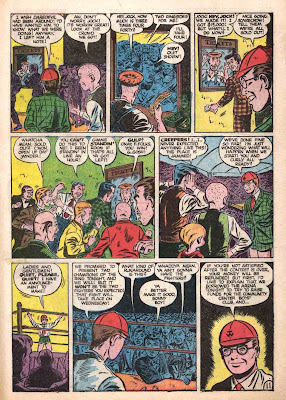 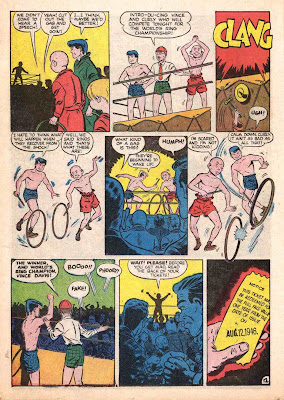 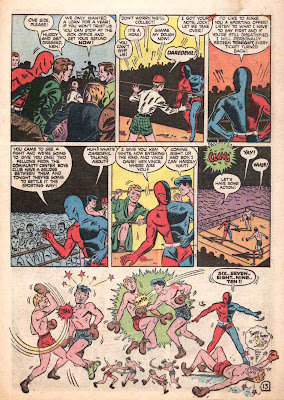 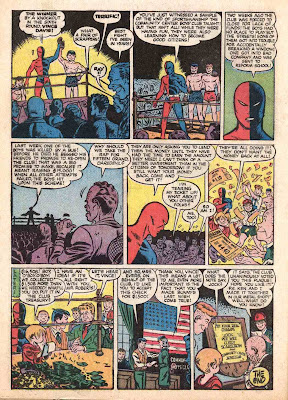 Posted by Booksteve at 8:15 AM

Charles Biro and Lev Gleason seem to me each to have had a hinge come apart.

Their work doesn't seem to be deliberately screwball; it doesn't generally seem to be played for laughs an doesn't make me laugh when it is. But it is like a sort of autistic “outsider art”, with a defective understanding of human nature and no apparent concern nor even awareness about the defects.

I find it surprising that they maintained commercial viability outside of their “true crime” comics (which were likewise unhinged, but sensationalistic and primarily about characters who were not supposed to be either heroic or normal), and I marvel that relatively little that is now said about them notes their disconnection from the regularity that they wanted to be seen as exemplifying.