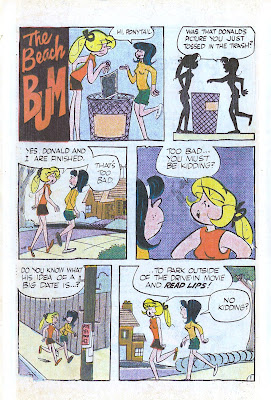 Lee Holley was an early Hank Ketcham ghost on DENNIS THE MENACE and boy does it show. As early as 1960, however, Holley branched out on his own with the successful comic strip teenager, PONYTAIL. In the late sixties, he even did some longer stories for comic books. This Charlton story, however, isn't that much longer than a Sunday page but some nice cartooning. 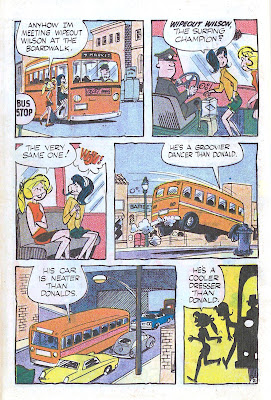 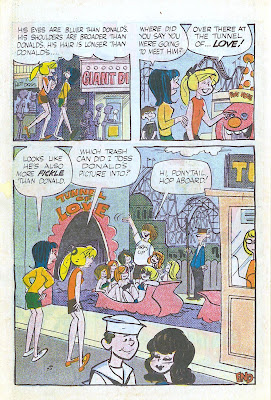 Posted by Booksteve at 1:23 AM