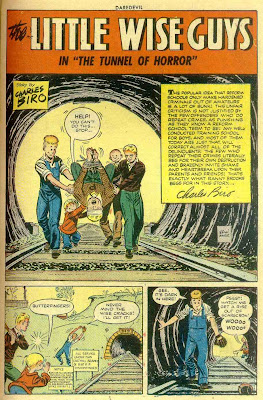 The Little Wise Guys were arguably the most successful "kid gang" in comics inasmuch that they eventually kicked the title character, Daredevil, out of his own book! Daredevil was a colorful superhero with a spiked belt and a boomerang but when the gang came along they were so popular they got their own series which lasted long after the hero's faded away. Their stories, often written, as here, by Charles Biro were sometimes funny, sometimes dramatic, sometimes soap opera and sometimes crime tales! They were also, like all Lev Gleason publications, some of the wordiest comic books of all time! This one showcases the art of their major artist in later years, future Three Stooges manager and the co-inventor of 3-D comics, Norman Maurer. 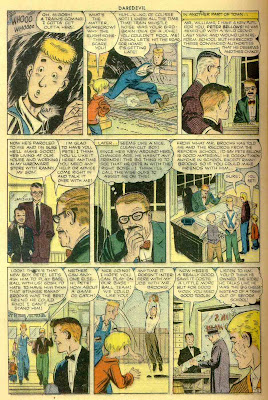 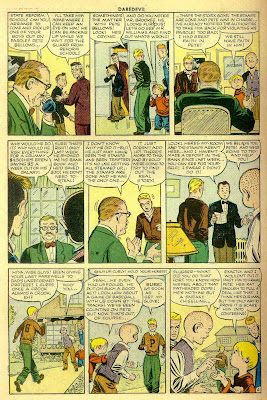 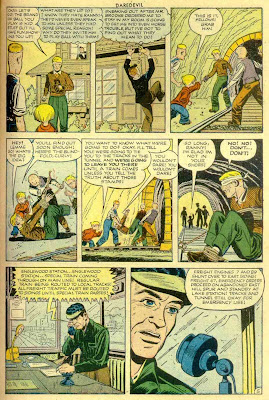 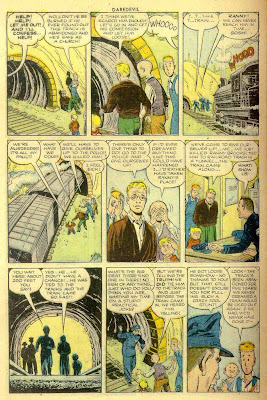 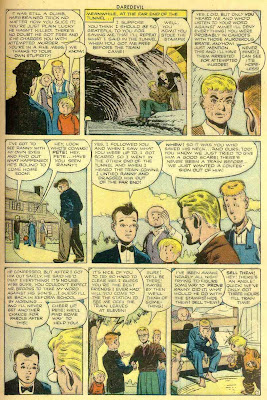 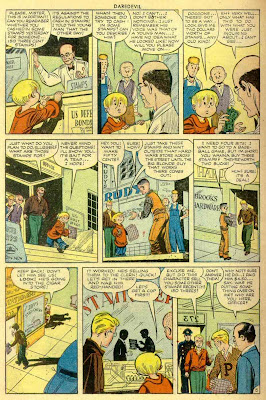 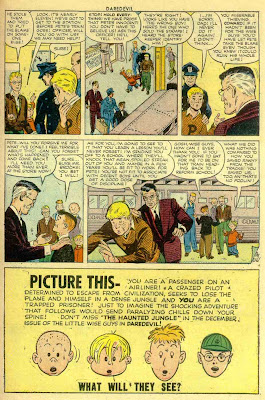 Posted by Booksteve at 9:51 AM