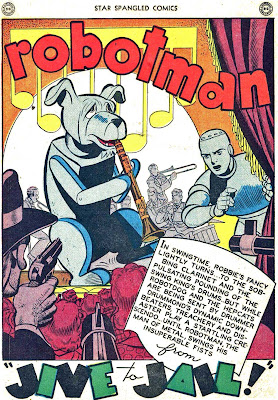 National's Robotman was yet another Jerry Siegel creation although Siegel is not credited with this particular tale and in fact may have been gone from the company by this time. The art here is by Jimmy Thompson (no relation), another underrated artist of the Golden Age who did quite a few ROBOTMAN stories, many of which featured impressive splash pages. The one seen here highlights our hero's sidekick--a music-loving robot dog named Robbie. This series appeared for years in STAR-SPANGLED COMICS but when it ended after the war, unlike other heroes who just disappeared, Robotman switched to DETECTIVE COMICS where his adventures with Robbie continued for another few years!
This story is another request, by the way. We can't guarantee we can fill all requests but feel free to let us know what you'd like to see here! 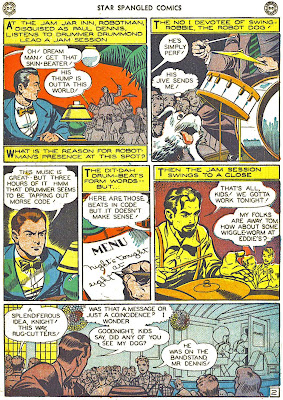 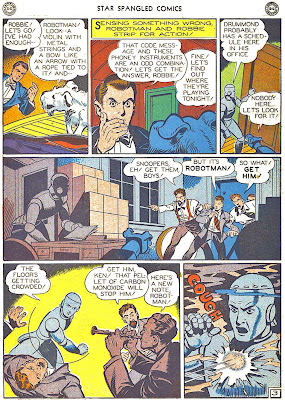 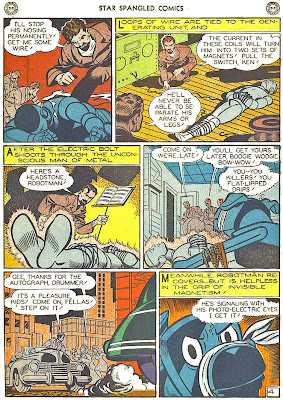 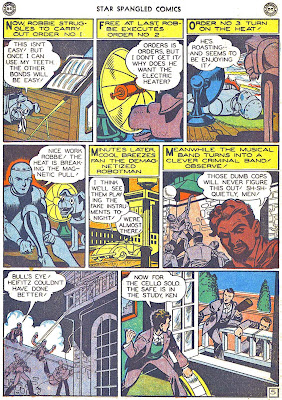 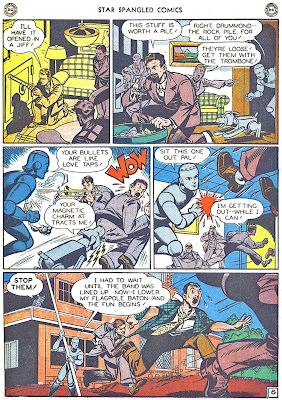 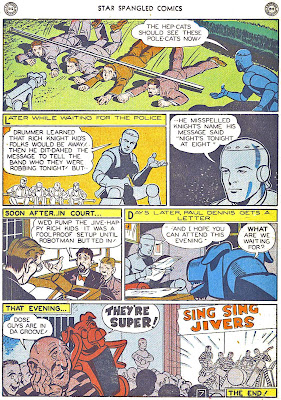 Thanks a lot Steve; i'd only seen the one Robotman story by Jimmy Thompson before and though it looked good, I wasn't that impressed. But this one has got absolutely super art. I wish DC would publish a Robotman collection!

The DETECTIVE run did not include Robbie the Robot-Dog. The series abruptly switched from a humorous bent to boring, dull serious stories at the end of the STAR-SPANGLED COMICS run, which continued in DETECTIVE.

Hi, nice blog. I thought you might be interested in this short bioraphy of Jimmy Thompson's life I've just come across. .. http://pulpartists.com/Thompson.html