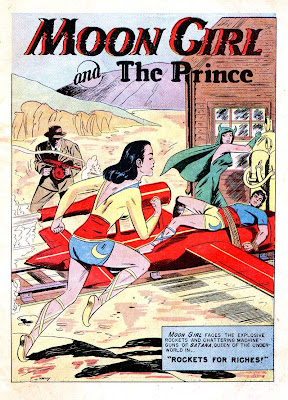 Moon Girl was the one and only EC superheroine. Here. with her sidekick, the Prince, she fights Satana! A fairly blatant Wonder Woman rip-off, her stories, drawn here by longtime Batman ghost Shelly Moldoff, were actually fairly good but new publisher William M. Gaines, in spite of his pedigree, didn't really have his heart in superheroes. His father, MC Gaines, the man many credit with having popularized superheroes in comics in the first place at National and All-American, had just died in a sudden boating accident. Bill didn't know from comics. Moldoff suggested doing a horror title. Although things got a little complicated there, essentially from that point on, Gaines was headed where he needed to be. The MOON GIRL title itself had a checkered career with multiple title and format changes in a relatively short existence. 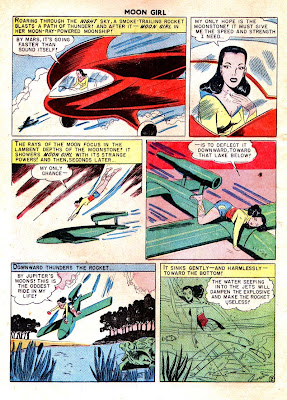 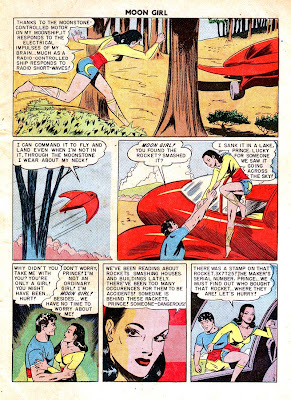 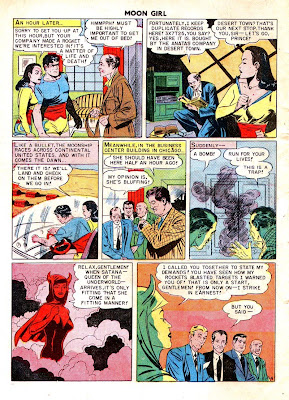 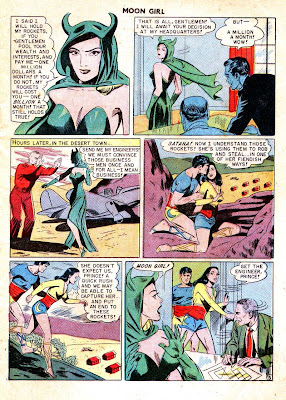 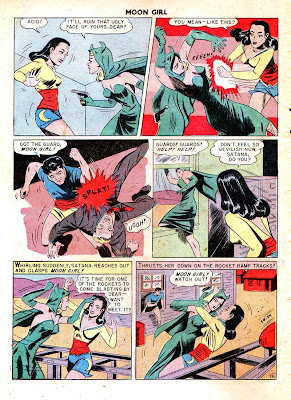 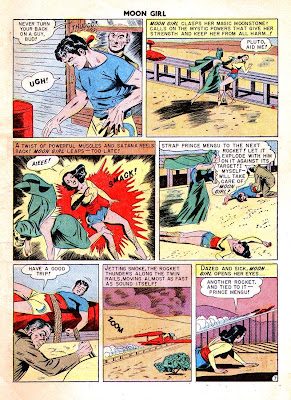 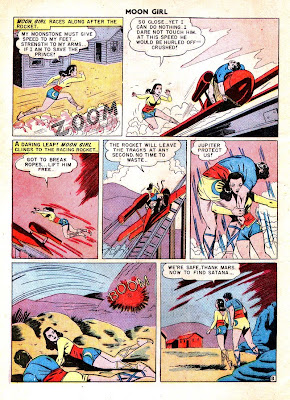 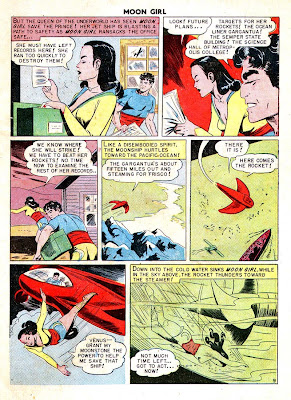 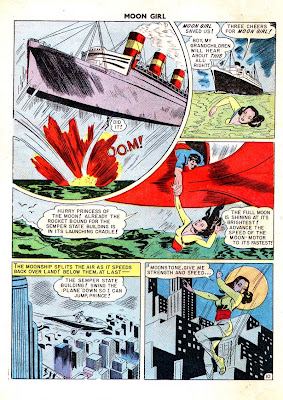 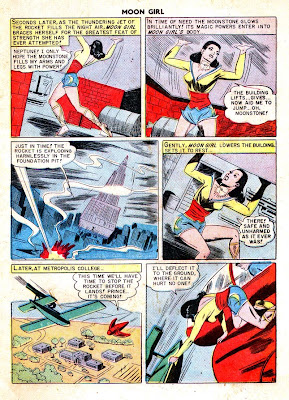 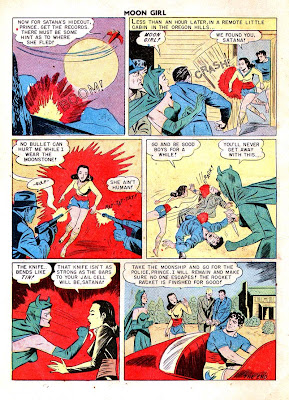 Posted by Booksteve at 9:45 AM