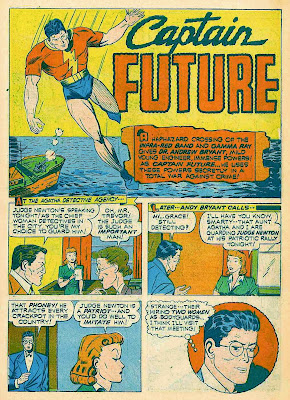 Here we have, by request, Captain Future from STARTLING COMICS published by Ned Pines. Strangely enough, this character has nothing whatsoever to do with Captain Future, a pulp hero published in STARTLING STORIES by Ned Pines. Although the latter character was created by future comics legends Mort Weisinger and Edmond Hamilton (who, at DC, would later create the Legion of Super-Heroes together), the comic book superhero version was by Kin Platt. Platt was, himself, quite interesting and was perhaps best known for creating the iconic advertising police officers, PEPSI & PETE. He would later write scores of successful children's and young adult books as well as, under assumed names, porn. Although he returned to comics from time to time up through the late seventies, he mainly wrote for animation in later years. Among the various TV series Platt wrote for are JONNY QUEST, MILTON THE MONSTER, TOP CAT and the animated DICK TRACY series of the early sixties. 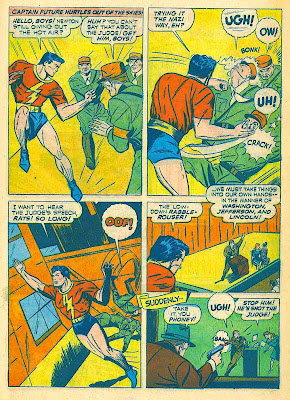 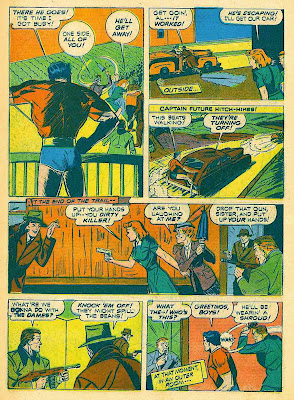 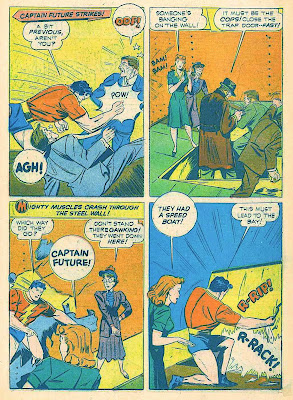 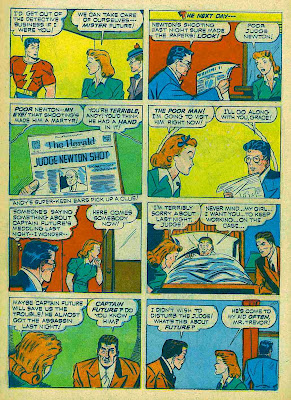 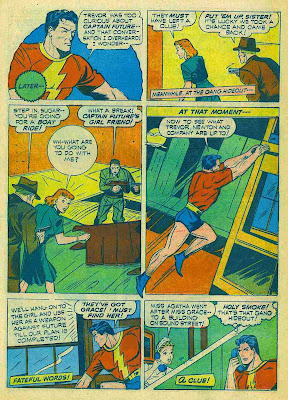 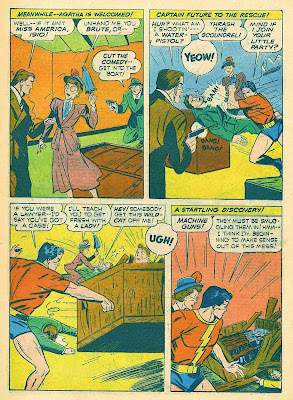 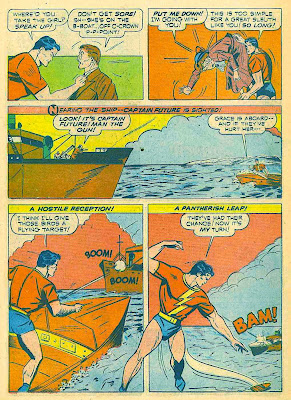 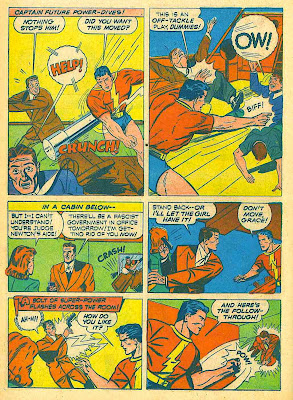 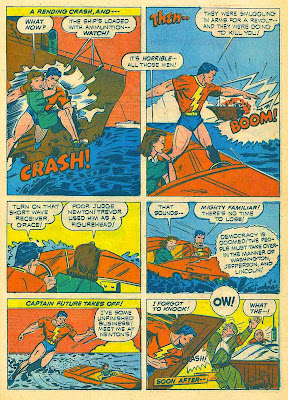 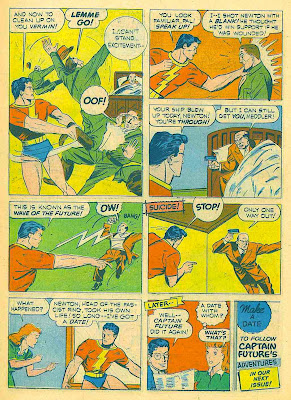 Posted by Booksteve at 1:35 AM

Steve, certainly Edmond Hamilton created the individual Legion stories he wrote, but if you mean "created the characters" as I think you do with Captain Future, it was Otto Binder who wrote the first story with the Legion.

The pulp Captain Future, by the way, was after all adapted to comics by Pines, but with a name change. The sole "Major Mars" story, in Exciting #1, is an adaptation of "Captain Future and the Space Emperor", the first in the pulp series. Grag the robot gets to appear under his real name.