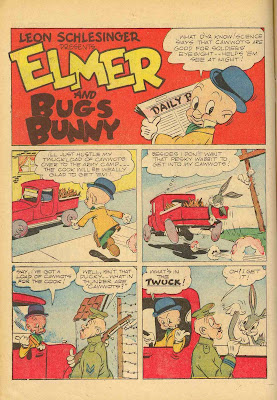 Here's a brief LOONEY TUNES interlude form the second issue of CAMP COMICS which, although published by Dell, appears to have been specifically targeted through US military bases. This assumption is based on the pin-up girl covers and a few slightly risque gag panels that appear within. I assume that Bugs (oddly billed second here) and Elmer appear due to their popularity with servicemen. I have no idea if this little piece was reprinted from the regular Warner cartoon titles or if perhaps it was done special for CAMP. 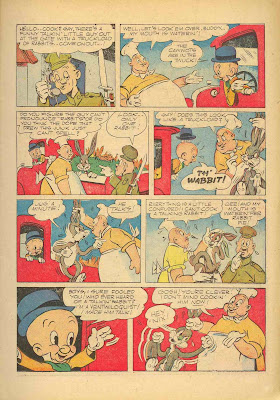 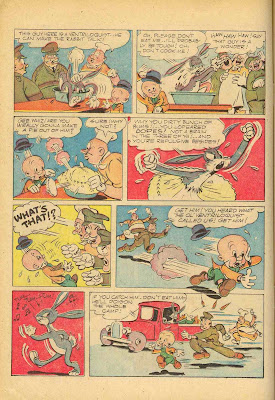 Posted by Booksteve at 7:39 PM