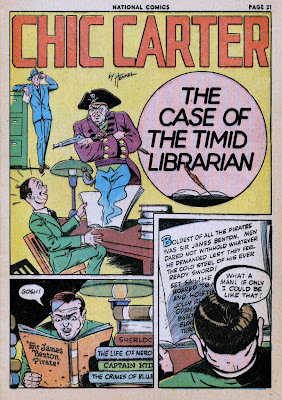 Chic Carter was--but for a brief period as a costumed character--a fairly generic Quality Comics strip running in NATIONAL COMICS. It was, however, well-drawn here by Vern Henkel (who is apparently still alive and in his 90's by the way)in what can only be described as Quality's "house style." That style, from the beginning, seemed to be to make everything look at least vaguely like it had been drawn by Will Eisner. Henkel succeeds here to the point that Chic, in his blue suit with matching fedora, evokes the Spirit in many panels of this breezy story. 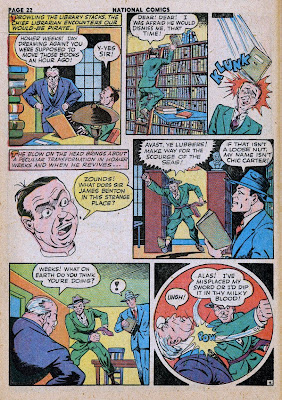 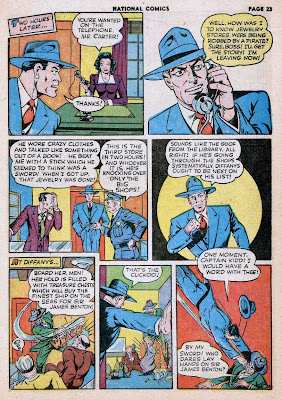 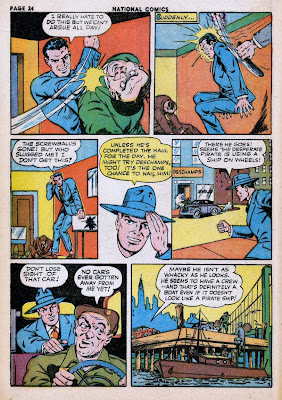 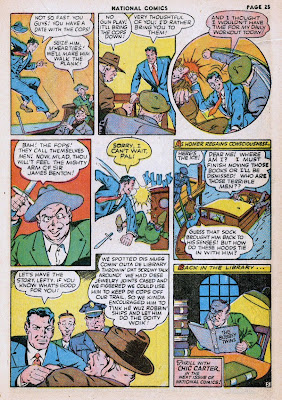 Posted by Booksteve at 7:45 PM

It's hard to believe that this isn't Paul Gustovson (esp page 3, panel 2)! But a lot of those guys drew like each other.