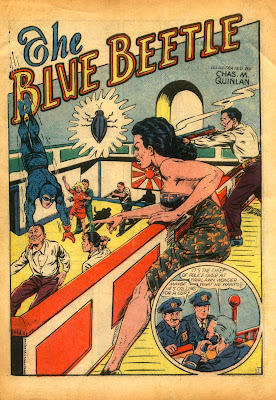 As we showed yesterday over at our parent blog, BOOKSTEVE'S LIBRARY, Sparky was the Blue Beetle's little-remembered sidekick from 1942. Sparkington J. Northrup! What a name! Introduced on the cover of issue 14, a special page inside told the reader that Sparky had been delayed and would debut the following issue. By the time he showed up, though, in the story seen here by longtime journeyman comics artist, Charles M. Quinlan, there was no explanation or origin given. Sparky was just...there. He didn't stay there long, either. But here is, for all intents and purposes, Sparky's debut, from BLUE BEETLE # 15. Enjoy? 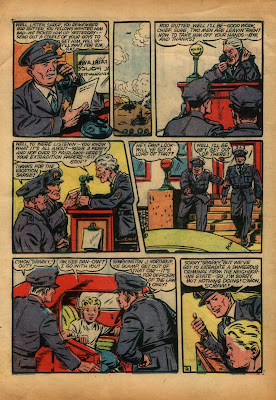 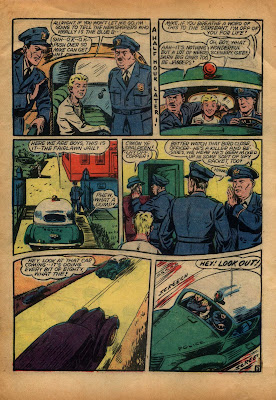 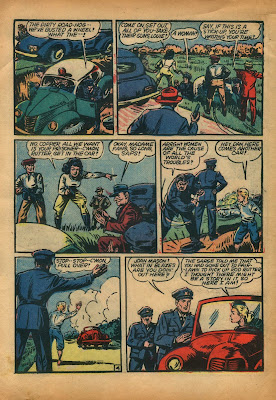 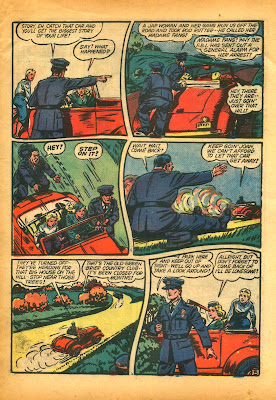 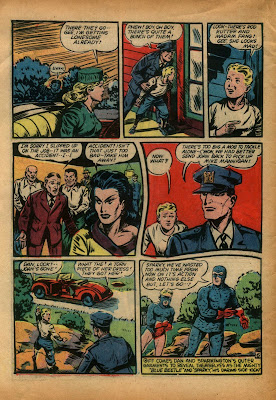 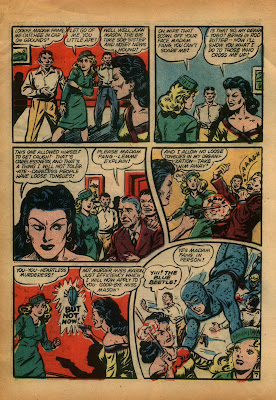 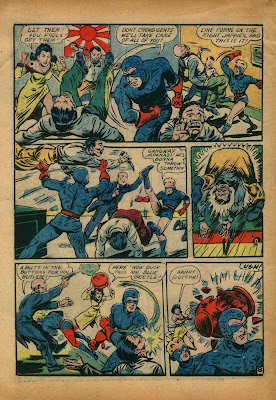 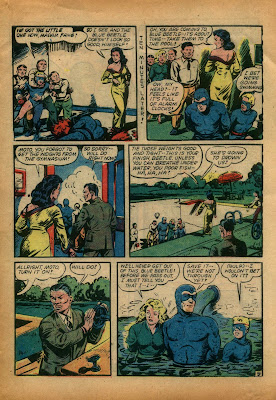 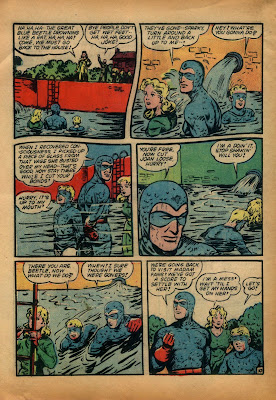 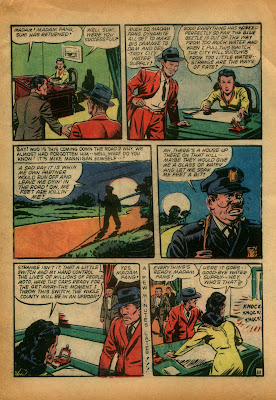 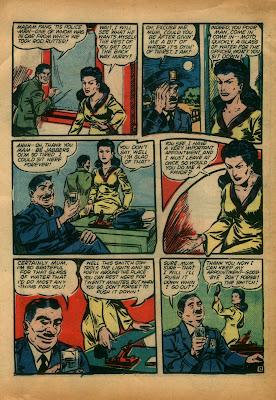 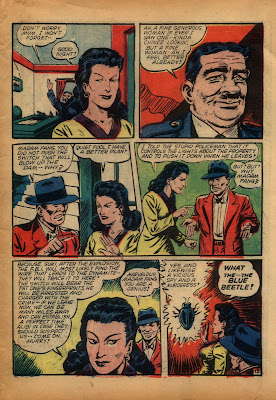 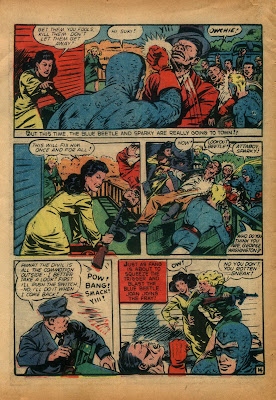 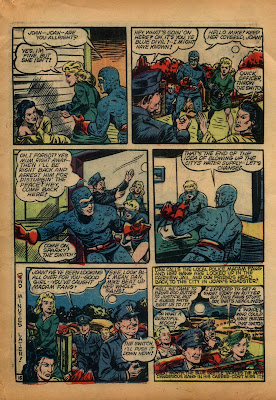 Posted by Booksteve at 3:13 PM

I love the dialogue Joan has after being kidnapped and nearly drowned... " I'm a mess! Wait'll I get my hands on her!"

Could this have been written by a man... maybe?

who cares about Sparky?-----look at those Simon/Kirby inspired panel designs!

and yes......I'm a HUGE Beetle fan, and had not seen this one before! Thanks, Steve!

Too cool, just too too cool! I'm agape! This here's a real jaw-dropper!

A week ago, if someone had told me that the Beetle had a kid partner named "Sparky", I would have damned you as a liar! This is the strangest thing... MAN! Just so WEIRD!

Thanks much for sharing this little treasure with us!