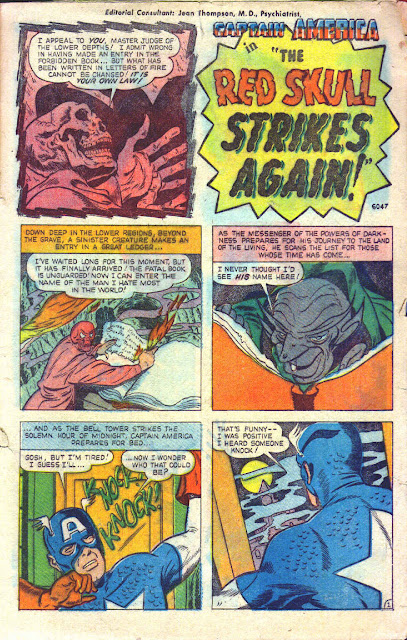 What we have here is the very last Captain America story from the Golden Age of Comics. With this issue the title became CAPTAIN AMERICA'S WEIRD TALES and withe the next (and final) issue, even Cap would be missing but for the title. Fitting that he goes out with the Red Skull in a tale presumably written by Stan Lee although the artist is unidentified at GCD. In just a few short years there would be the stillborn fifties revival with commie-smasher Cap but it would be a full decade and a half before Sub-Mariner found our hero frozen in ice. 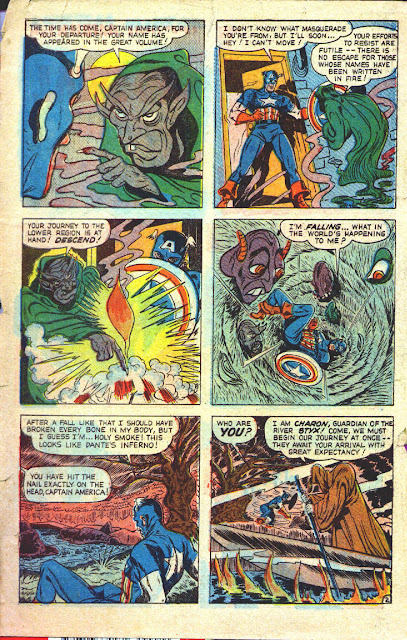 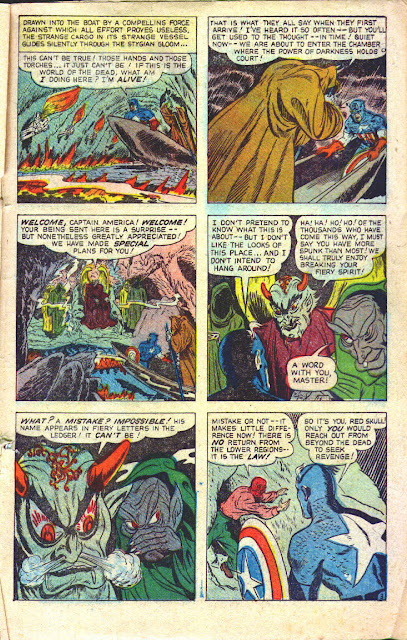 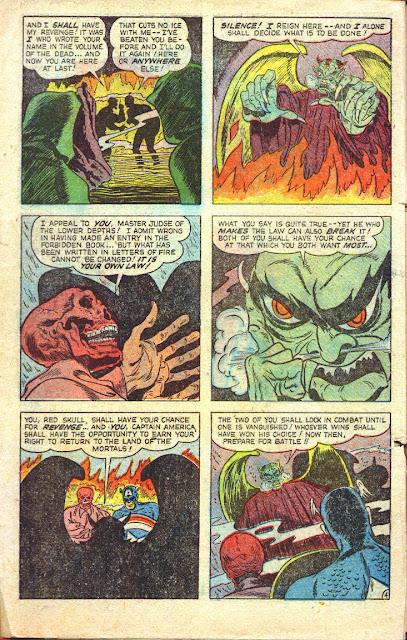 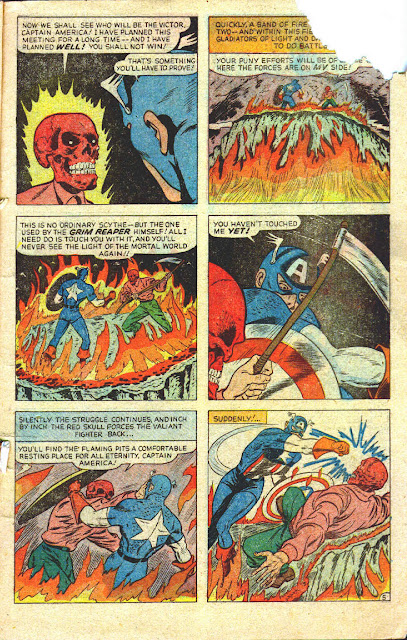 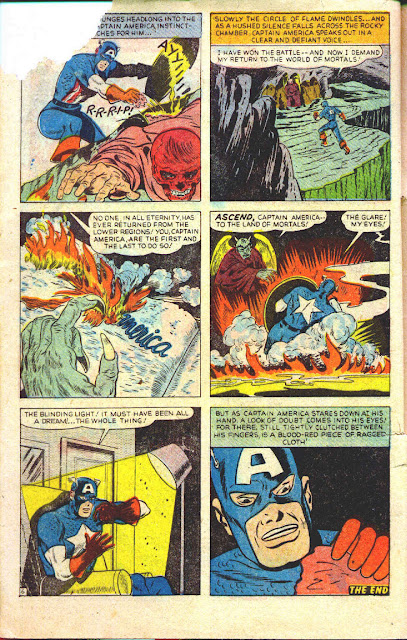 Posted by Booksteve at 9:04 AM

Does anyone else find it odd that after page 1, panel 3 we never get a clear view of Cap's face until the last panel of the story?

You have 123 members. This is a funny synchro-number that I find all the time. This is the second bog in 15 minutes with the same number of members. I wrote a comment just like this one on that blog too.

Heh. I love how if you eliminated Cap's costume, this would be a typical horror story. Still, great fun. I guess we can also assume that, at this point, that isn't a mask Red Skull is wearing.

I've wondered about Captain America's Weird Tales ever since I read about it in the '70s. I'm glad that I've finally got a chance to see an example.

I don't quite agree with “100Aliases”. This story presumes a familiar protagonist. But indeed the story isn't intrinsically about Captain America nor even about a superhero. The protagonist could as well have been Archie (the victim, yet again, of one Reggie's pranks!) or Donald Duck.