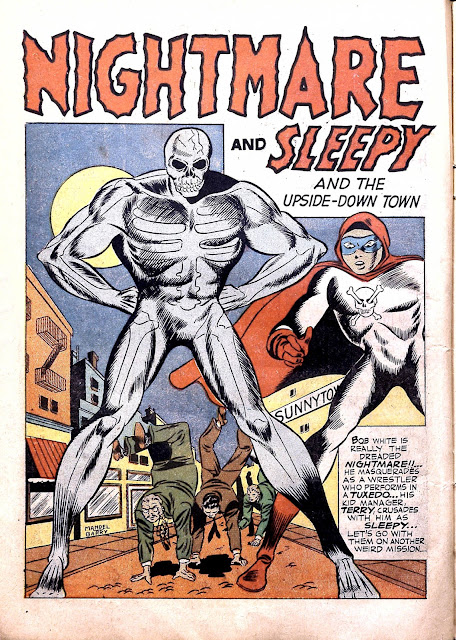 Genuinely creepy looking, Nightmare was apparently a pro wrestler who became a masked hero. Fighting alongside him was his teenage manager (?). This CLUE COMICS couple was drawn by Alan Mandel and Dan Barry. Barry would later go on to draw FLASH GORDON and to more or less define DC's "house style" of the 1950's. 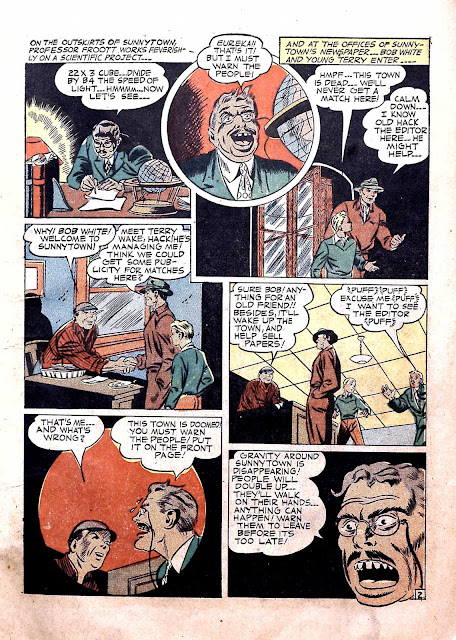 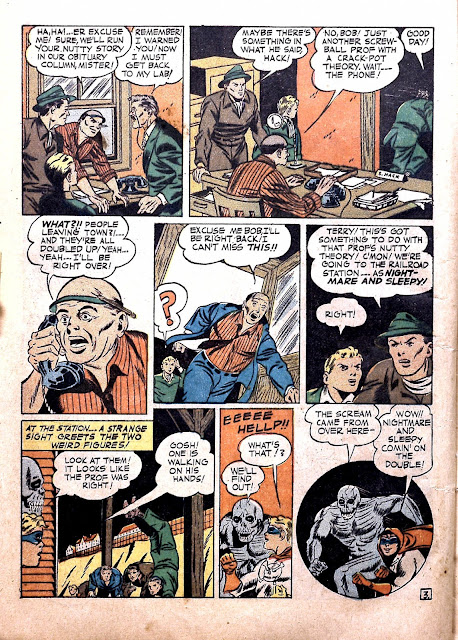 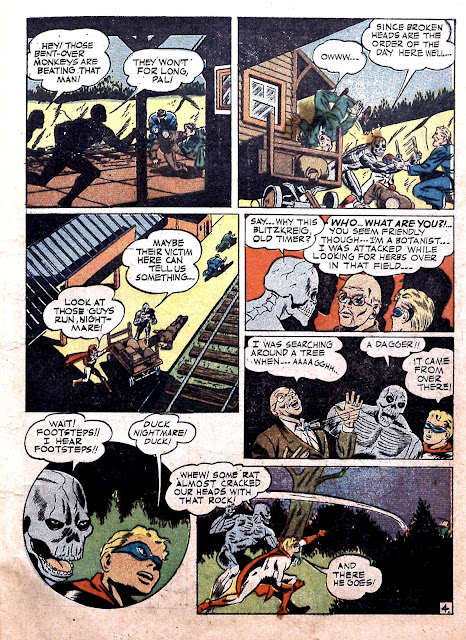 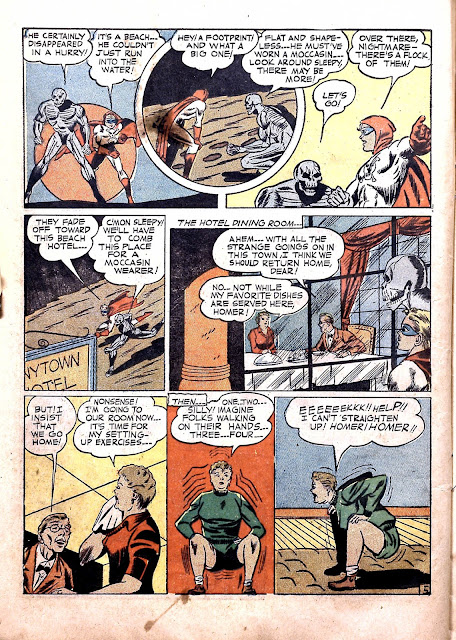 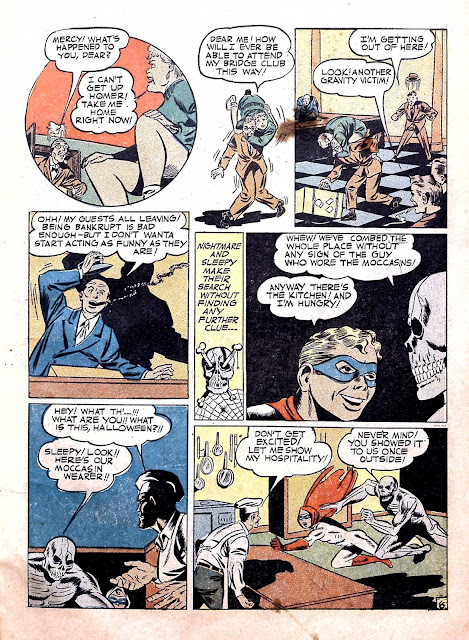 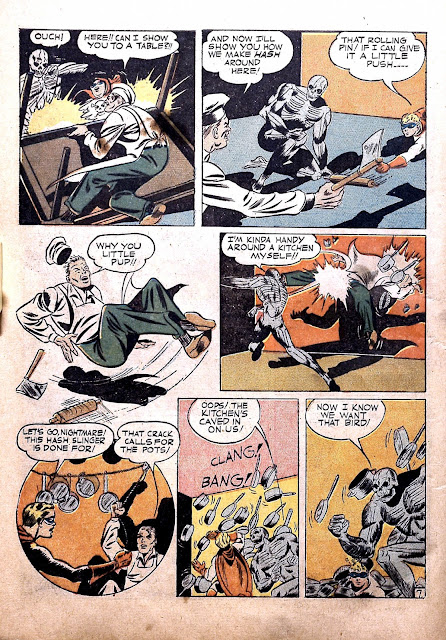 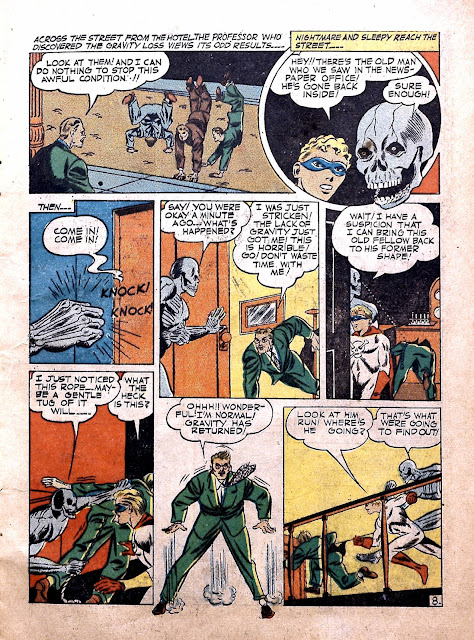 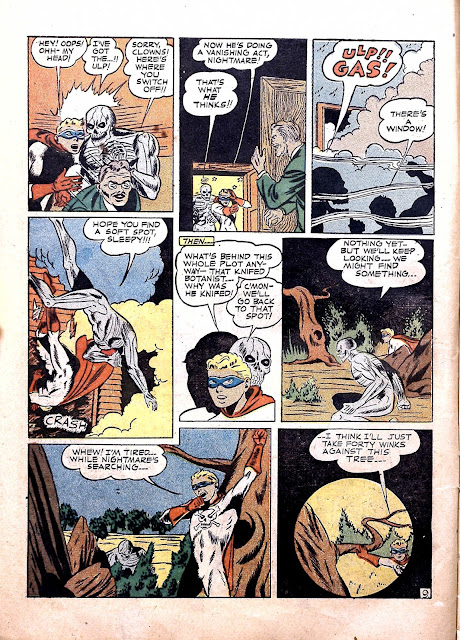 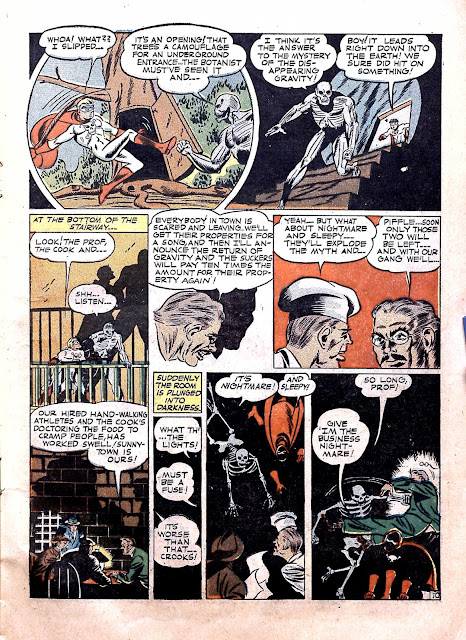 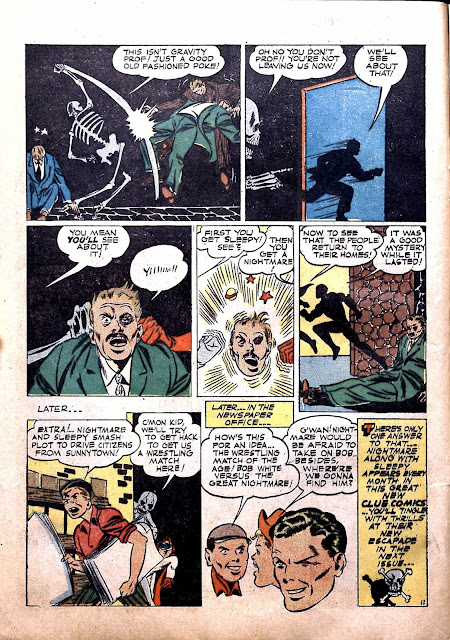 Posted by Booksteve at 8:23 AM

I wouldn't mind a revamp of this character. I like the idea of his suit. It's sort of like that goodbody guy that use to teach anatomy on tv or was it nuitrition?