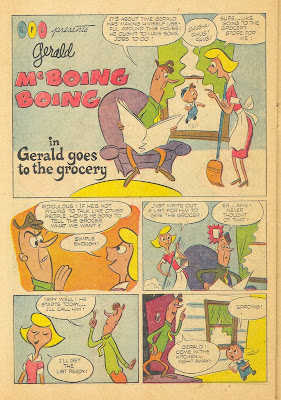 Gerald McBoing Boing was originally the star of a clever UPA cartoon and a book by Dr. Seuss. Soon enough there were more cartoons and soon enough this comic spinoff. No idea on the artist here and it's hard to tell by the style since he's aping the animated version...but doing it quite well. As much as a comic book based on audio effects CAN work, this is very fun indeed. 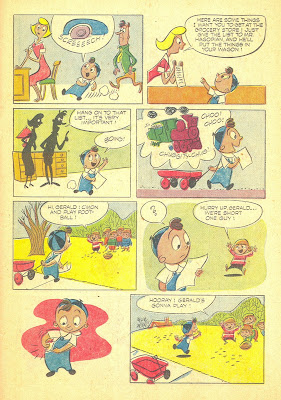 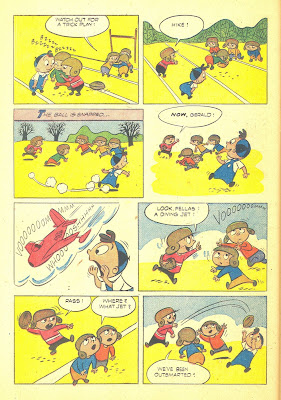 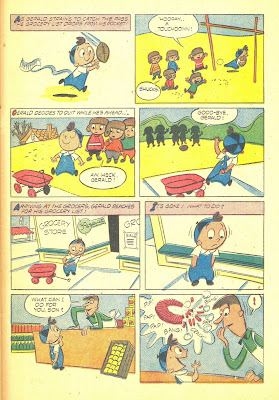 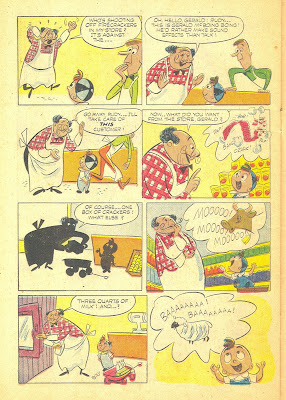 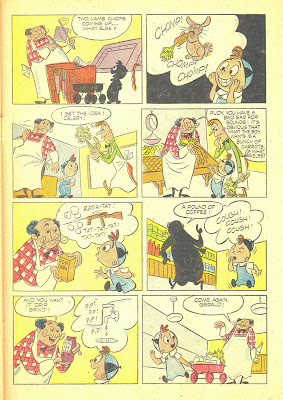 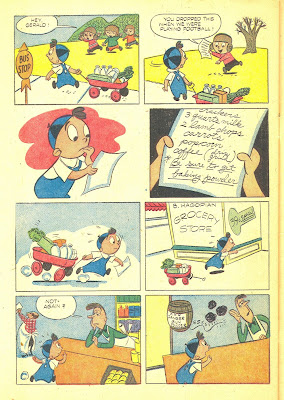 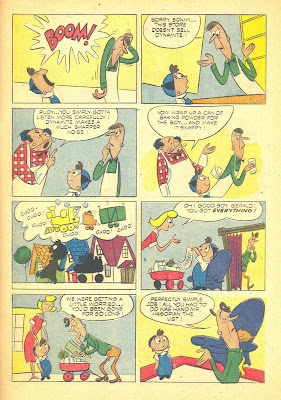 Excellent post. The cartooning is rich in modern art influence and ahead of its time. I wonder if other comics of the day had a similar style.