Krisko and Jasper-Jack A. Warren-1941 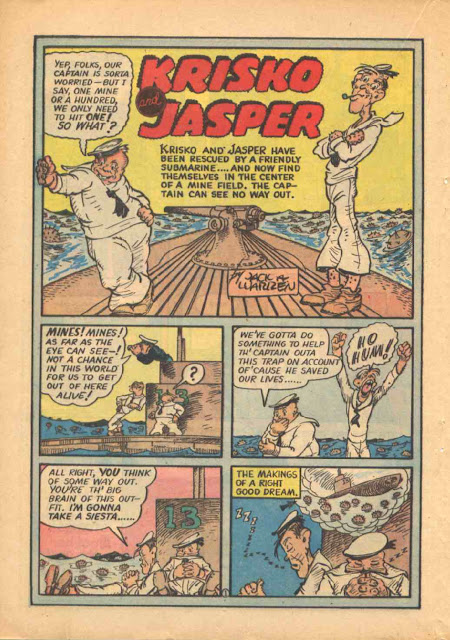 Artist Jack A. Warren drew this strip in a "bigfoot" style but he was known mainly as a comic western artist. His unique, old-fashioned style was undoubtedly influenced in some ways by the fact that he had lost an eye at age 15. Krisko and Jasper appeared in BLUE BOLT. This issue was probably on the stands when Pearl Harbor happened. 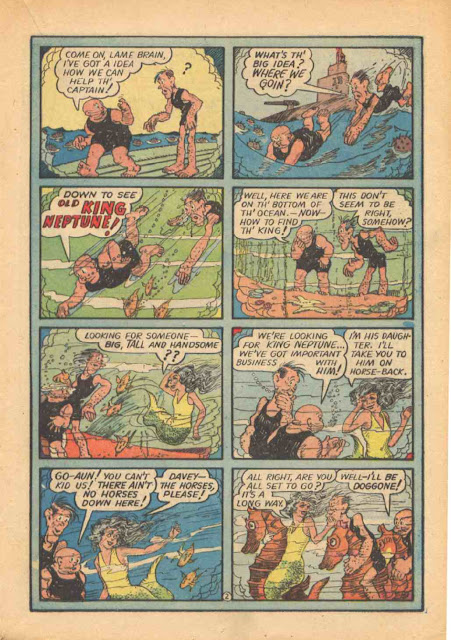 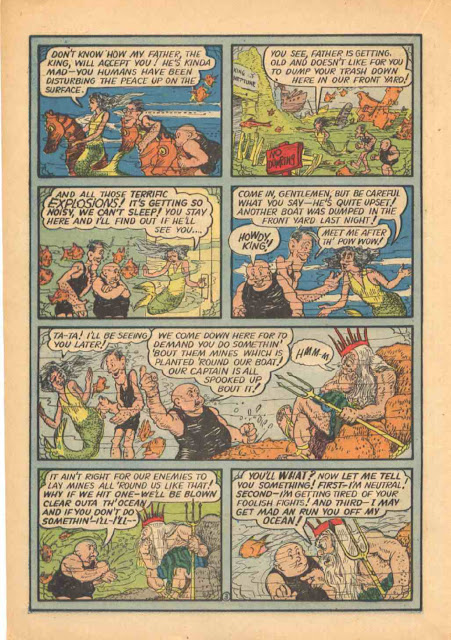 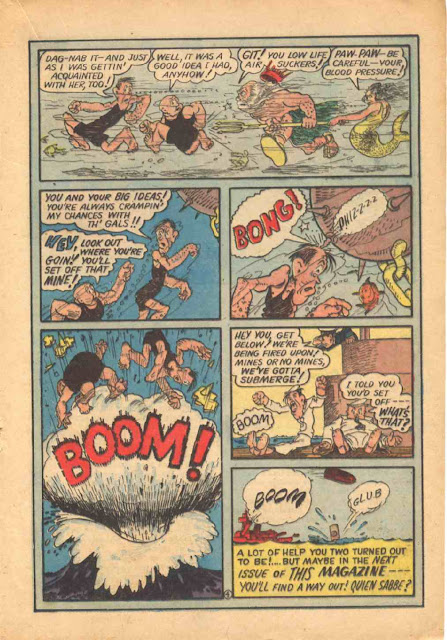 Jack Warren was my grandfather. We have a collection of Pecos Bill comics as well as Pecos Pete and Loco Luke --- Michael Lancaster