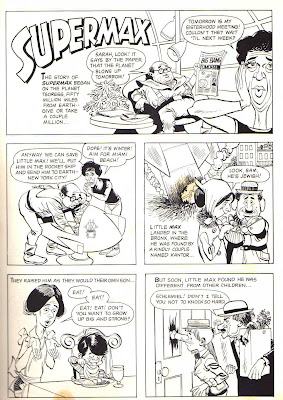 This might be considered a little too politically incorrect today but hey, I live in a Jewish household. I'm allowed to do this kind of humor. The art here is by the great Mel Crawford, cartoonist and children's book illustrator extraordinaire.  The jokes--I mean script---is by Henry Slesar, a mystery and sci-fi author who, amongst other accomplishments was the Emmy-winning head writer for several soap operas, a frequent contributor to the CBS RADIO MYSTERY THEATER and the writer of the movie, TWO ON A GUILLOTINE which once won me the big prize on a TV game show! SUPERMAX is from the one-shot KOSHER COMICS which also featured MAD-style parodies of Tarzan, The Lone Ranger  and Dick Tracy. 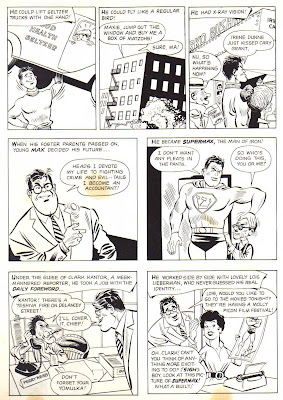 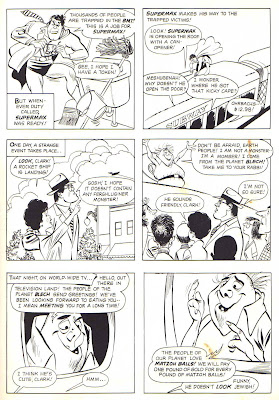 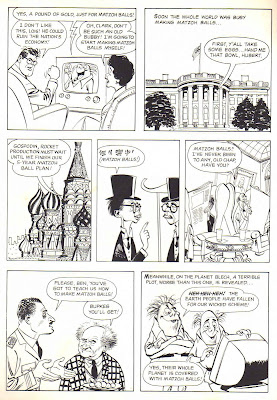 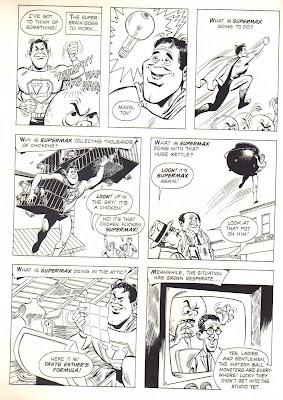 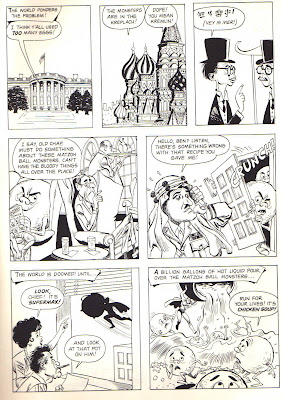 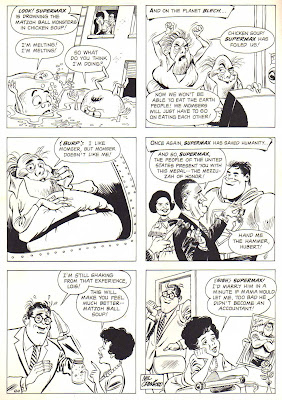 More, more! Who published this book and why?!

KOSHER COMICS was put out by the same folks who did THE GREAT SOCIETY and BOBMAN & TEDY, two political/superhero satire comics at that time. All three were sold in bookstores at book prices ($1.00 when comics were 12 cents!). Unlike the other two, which were smaller and in color, this MAD imitation was magazine shaped and in black and white.

AS to why? Probably just that all things Jewish and Yiddish seemed to be going through a popular period, culminating in 1968's bestseller, THE JOYS OF YIDDISH!

For more, Sam Handerson did it a couple of years back---http://themagicwhistle.blogspot.com/2010/05/kosher-comics-13.html