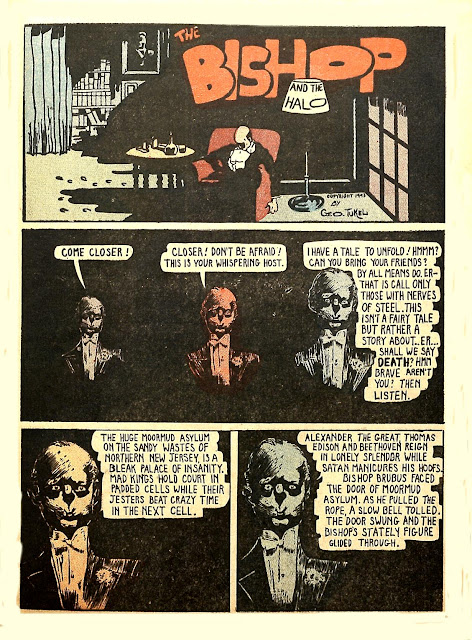 Okay, now this is weird...in more ways than one. THE BISHOP AND THE HALO is an absolutely striking comics story that appeared as a backup in a 1943 BLUE BEETLE issue. Credited to "Geo. Tukel," an artist I'm not familiar with at all, you'll note that it is also copyrighted by him! That's unusual! The experimental splash page looks very modern with very much an Alex Toth feel in the first panel...years before Alex Toth art felt that way! The rest of the tale, although a tad wordy, shows the influence of Caniff, Eisner and maybe Lou Fine. Bails' WHO'S WHO lists all of Tukel's work being between 1943 and 1945 with a stray story in 1948 and appearances at Gilberton between 1958 and 1961. I don't know who this guy was but whatever he ended up doing besides comics...was comics' loss. 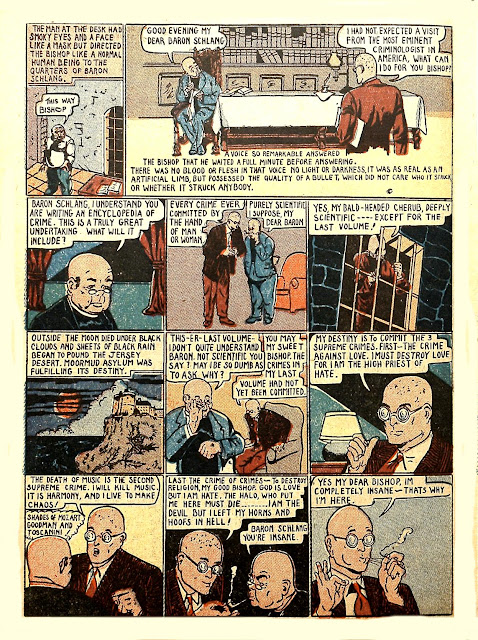 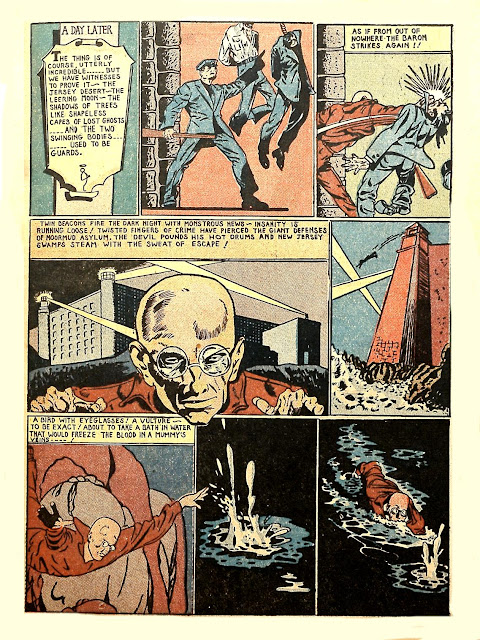 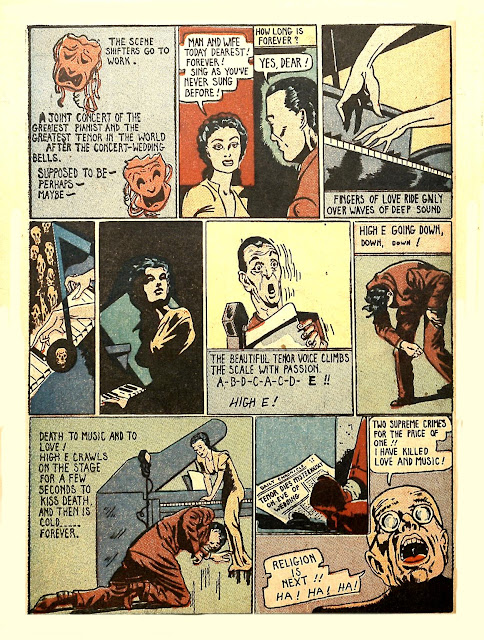 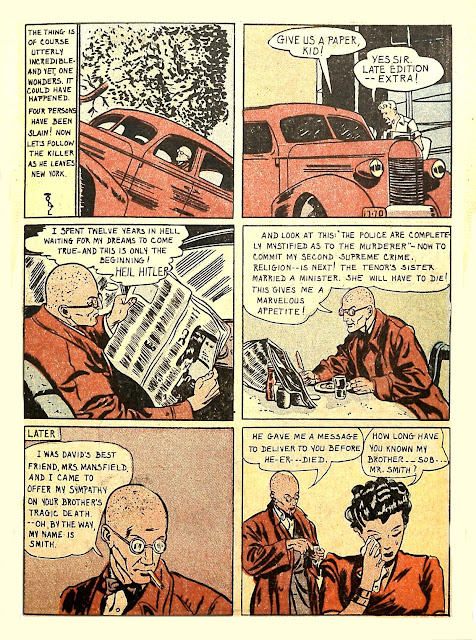 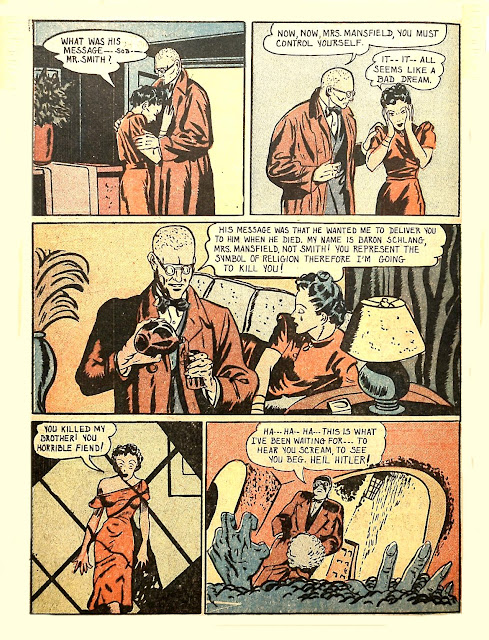 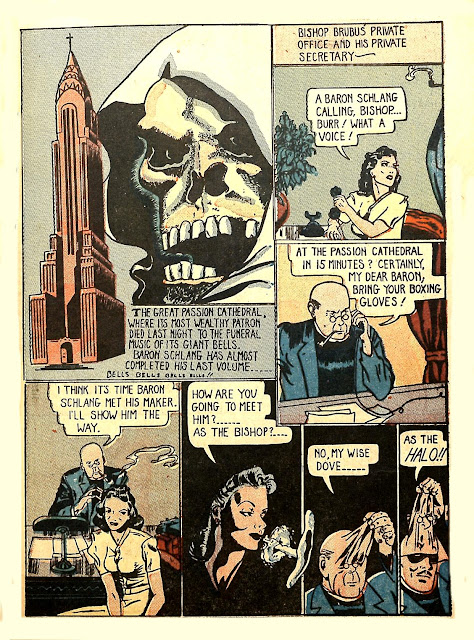 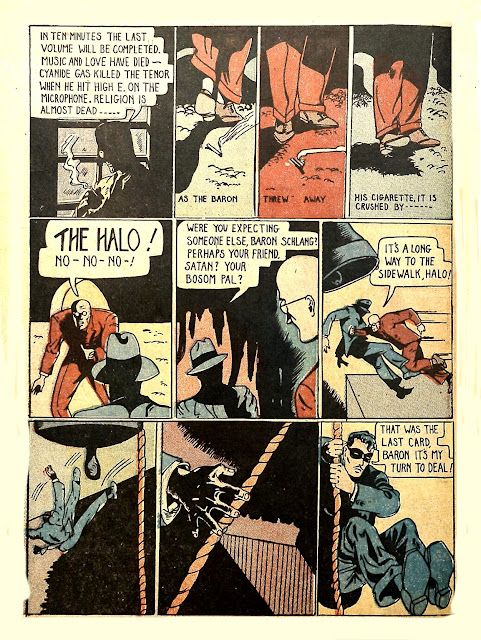 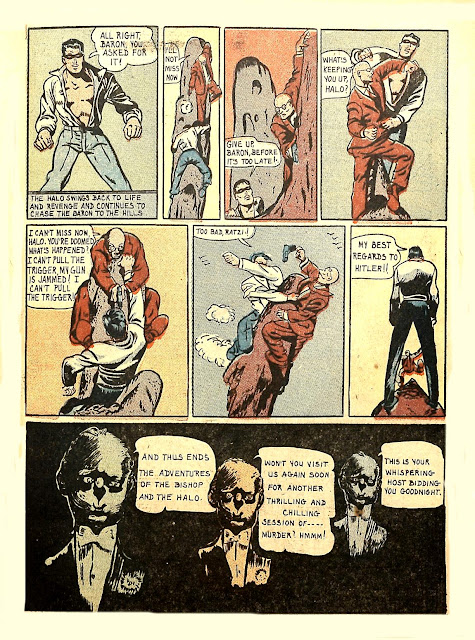 Wow! Thanks for sharing this. What a mystery ... I am guessing that it was some regular artist's asst. who did this. But goodness knows who.