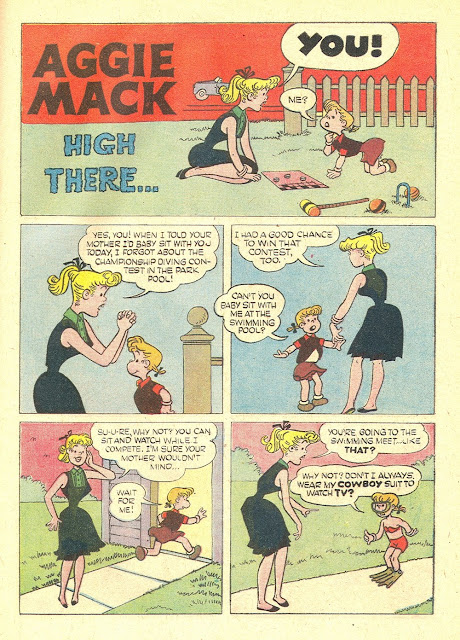 AGGIE MACK was a popular newspaper comic strip between 1946 and the early 1970's. Teenage Aggie had her own comic book for eight issues in the 1940's but then stuck to the newspaper pages for 16 years before getting one last single issue shot from Dell. The strip was by Hal Rasmusson who most likely did not do the comic books. 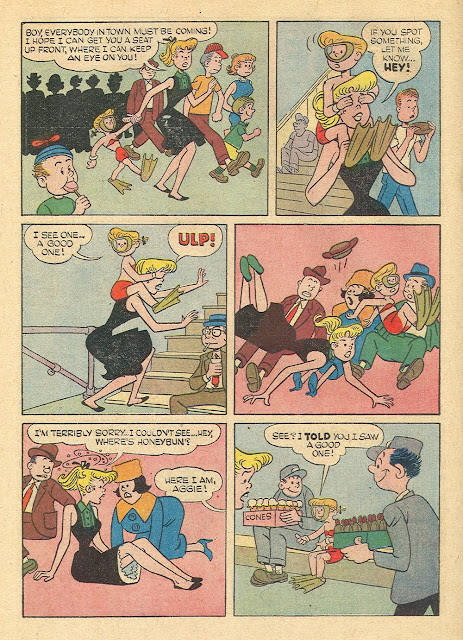 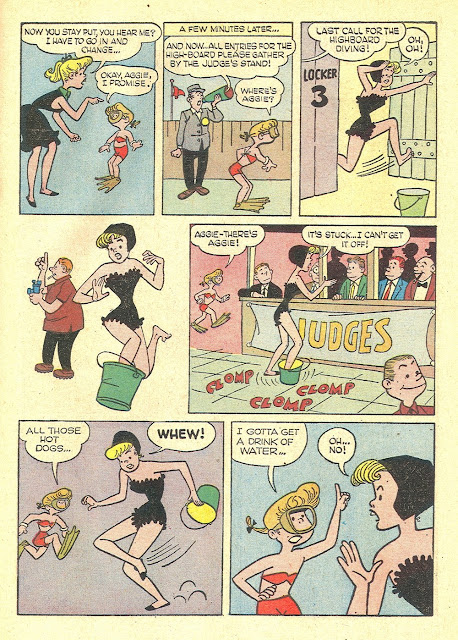 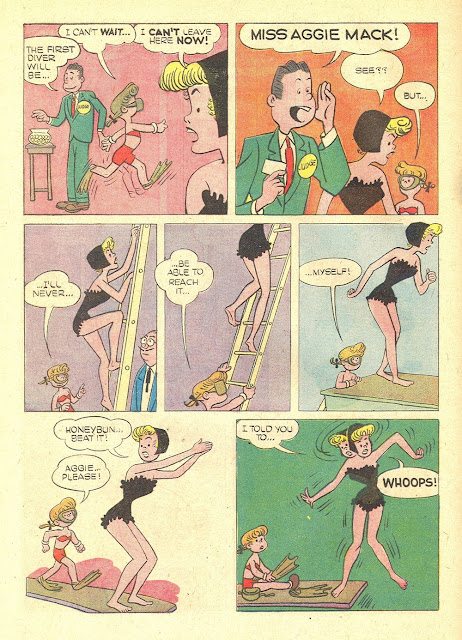 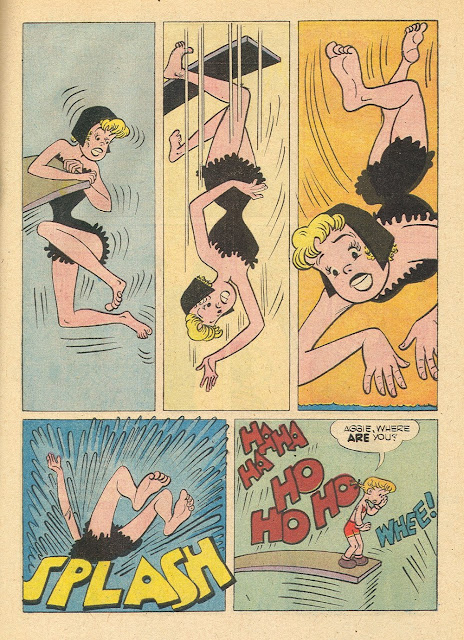 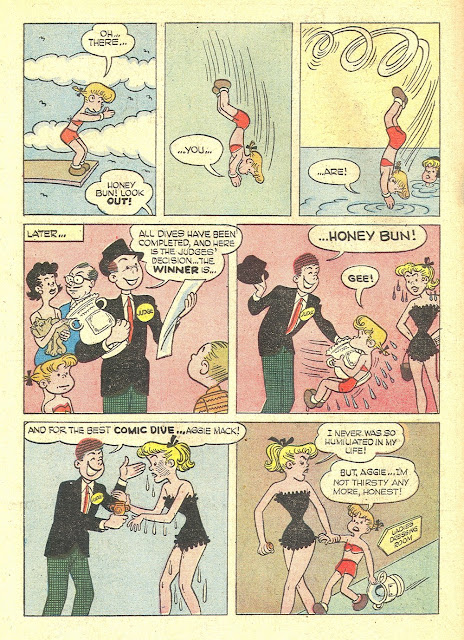 Posted by Booksteve at 9:48 PM