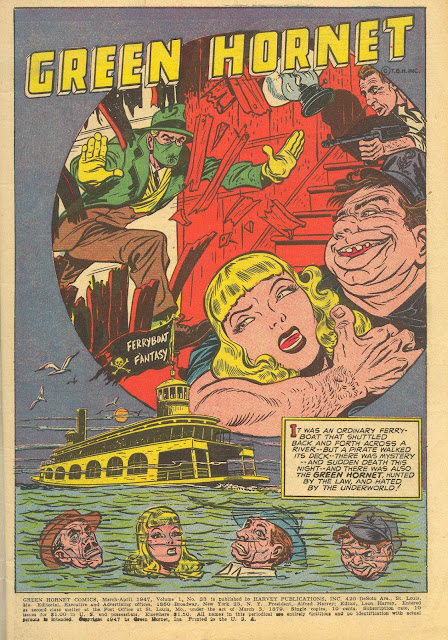 In spite of a hit, long-running radio series, 2 popular serials and acult TV series years later (to say nothing of last years terrible multi-million dollar feature film) no one has ever really made the Green Hornet work completely as a comic book. Here's an early take on him from 1947, drawn by Al Avison, one of the Captain America artists that followed Simon and Kirby. 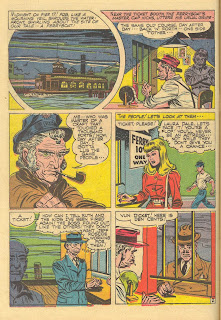 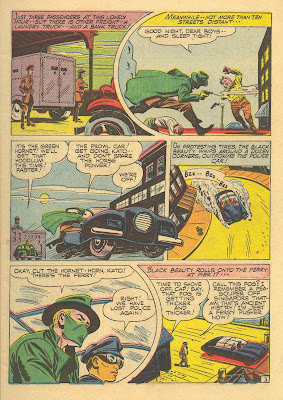 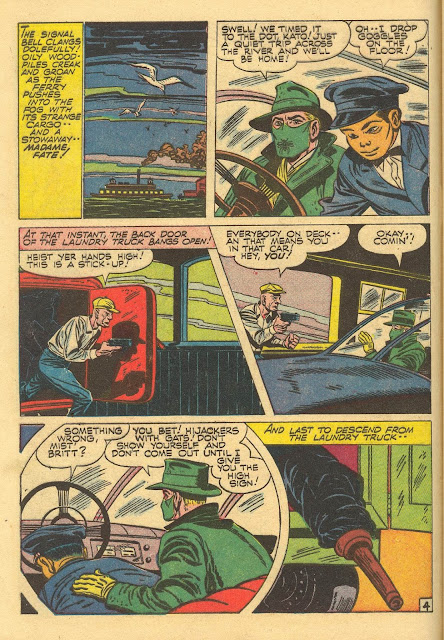 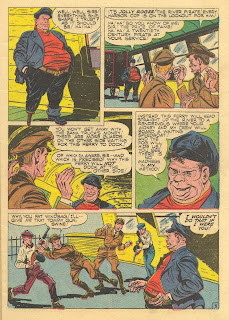 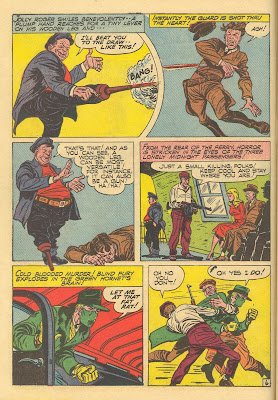 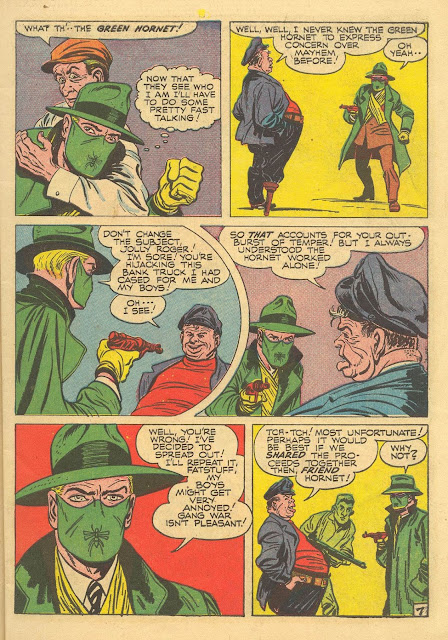 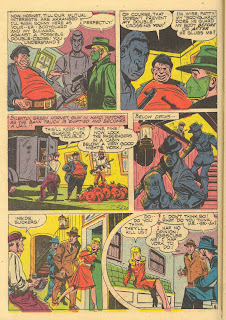 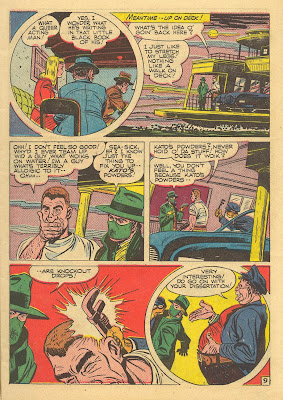 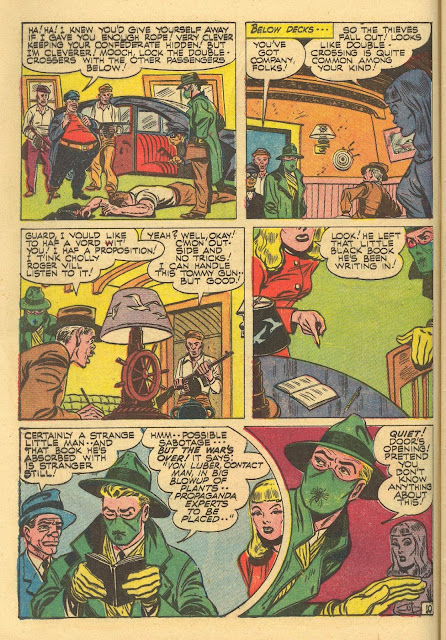 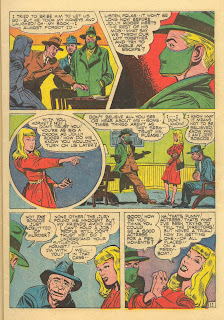 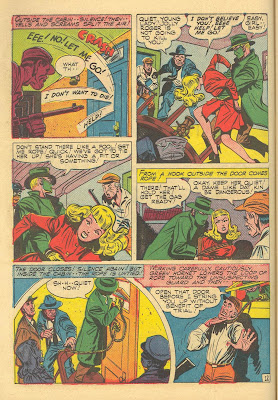 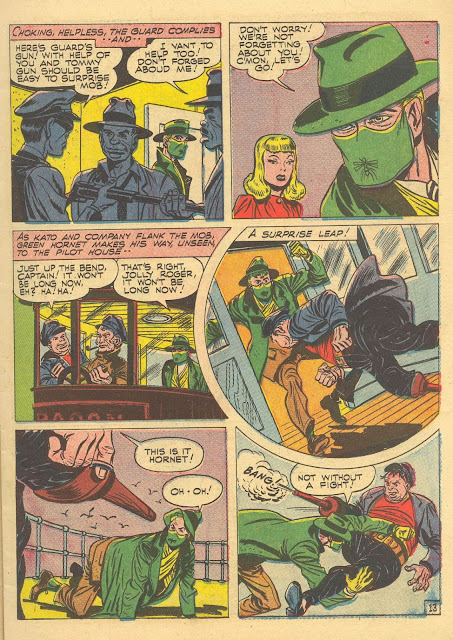 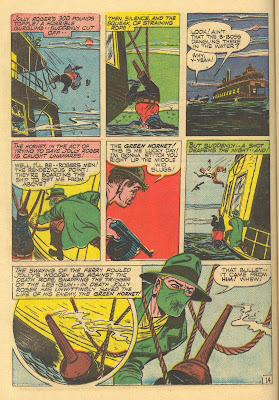 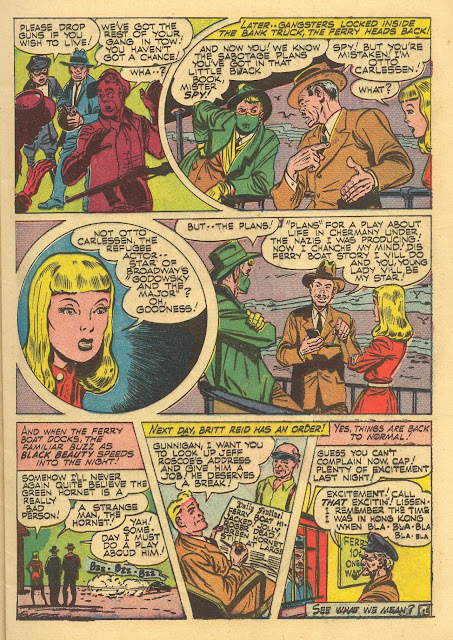