The Blue Beetle and Spunky-Phil Bard-1942 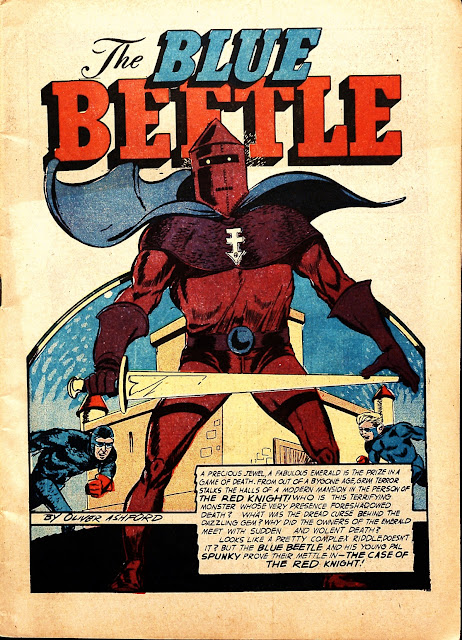 The first BLUE BEETLE comic I ever bought--as a nickel back issue at Osborn's grocery store in 1966--was the 1965 Charlton issue in which he fights the Red Knight. Little did I know until yesterday that there had been a Golden Age Red Knight who bedeviled the Golden Age Blue Beetle and his spunky young pal...well...Spunky. Often saddled with less than first string artists, this outing by Phil Bard (signing as Oliver Ashford) is no exception. It's got some good layouts and that nifty splash  but...note that Phil's Spunky looks like a midget even out of costume! 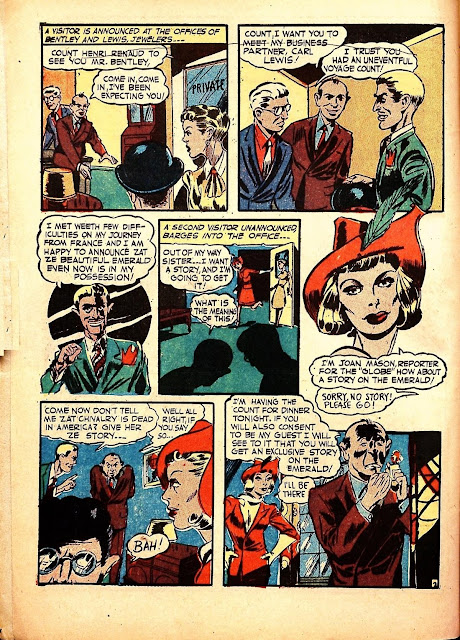 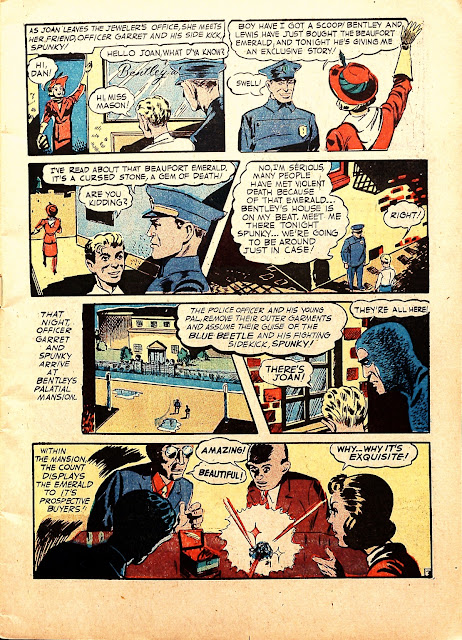 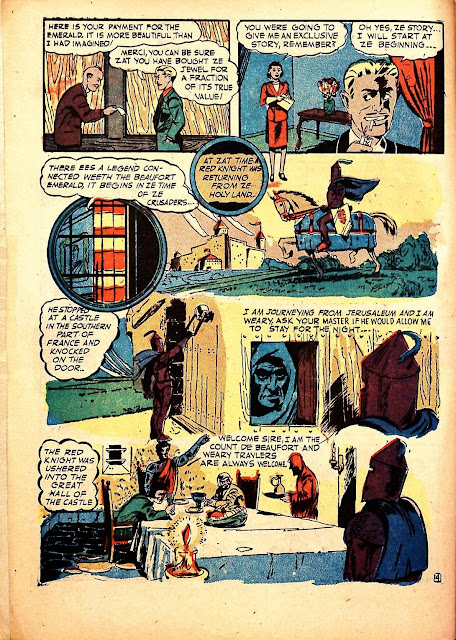 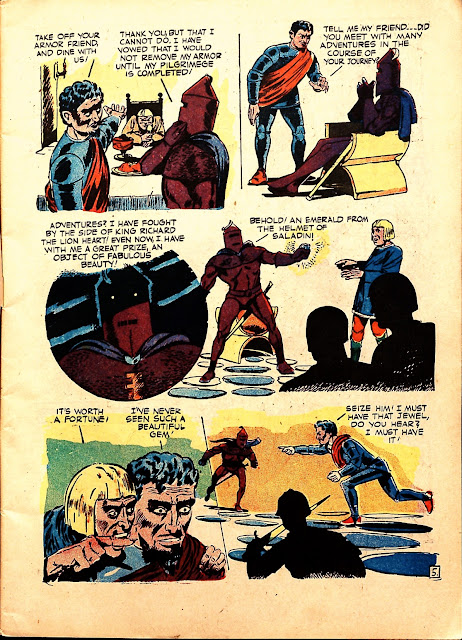 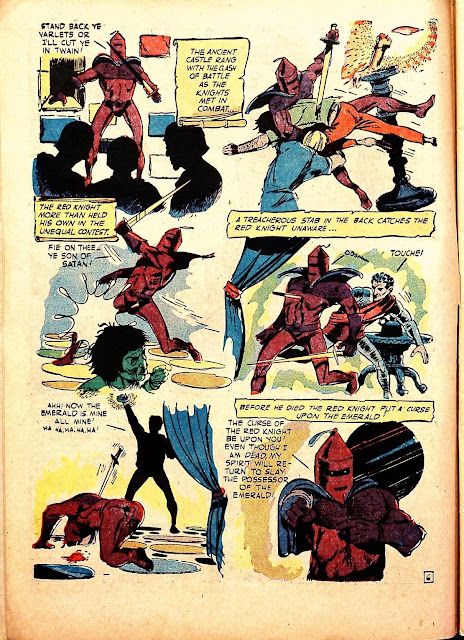 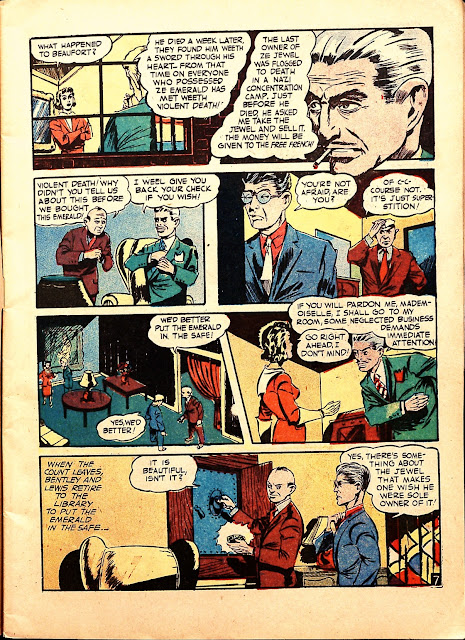 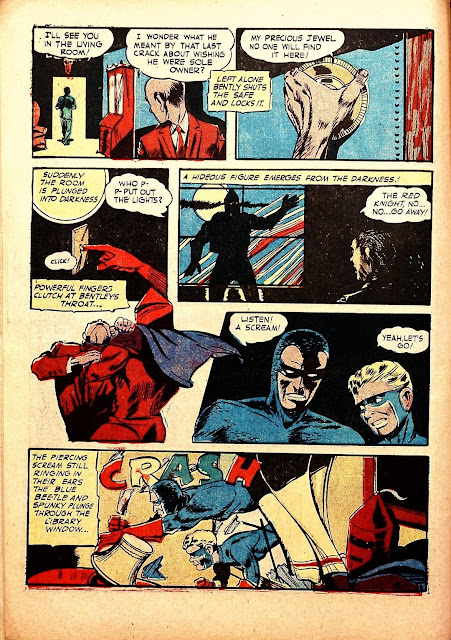 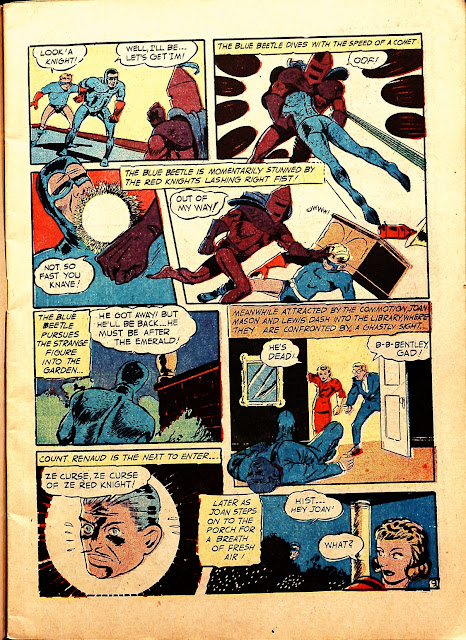 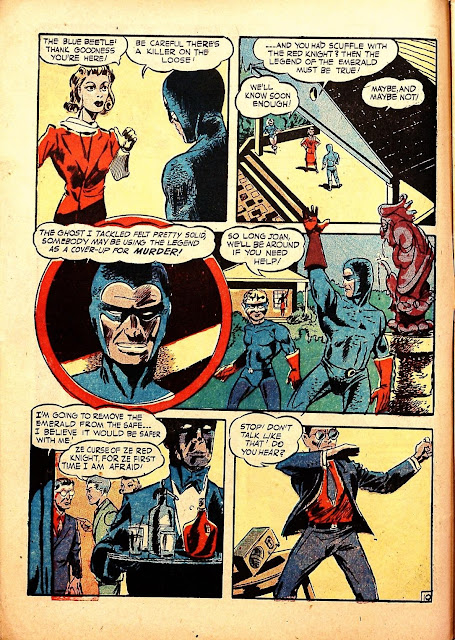 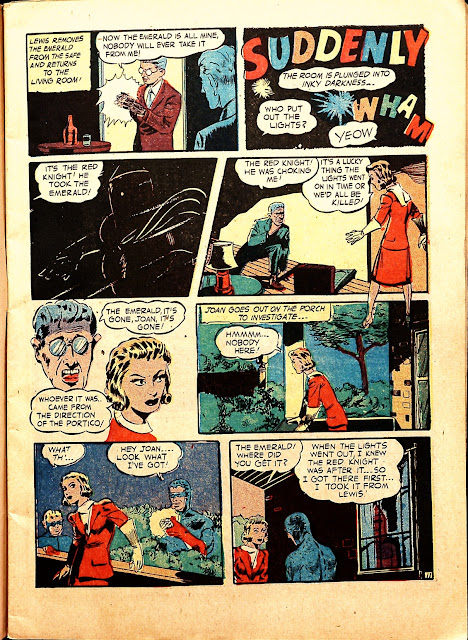 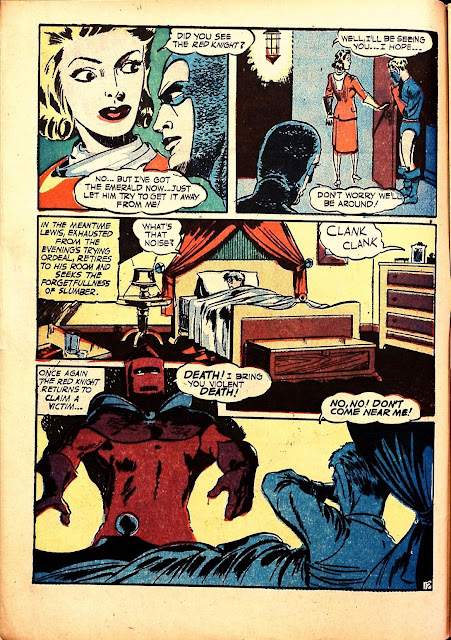 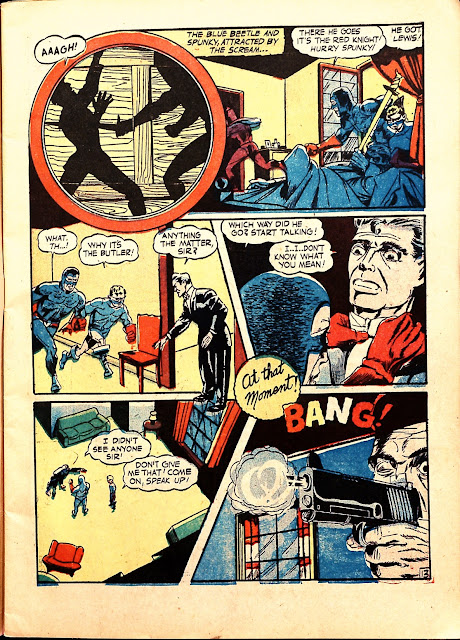 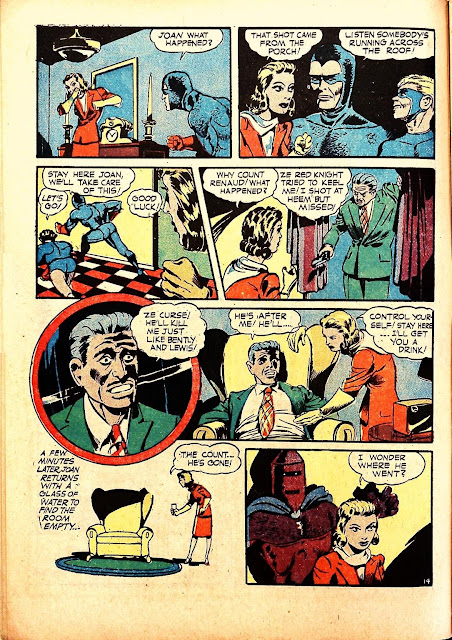 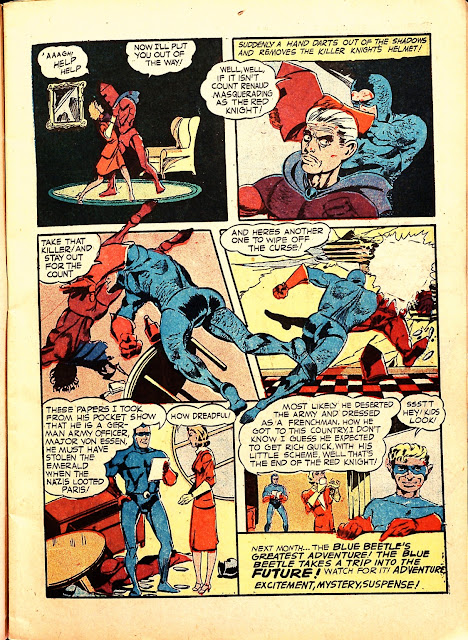 Posted by Booksteve at 5:22 AM