Sky Wolf and the Heap-John Belfi-1945 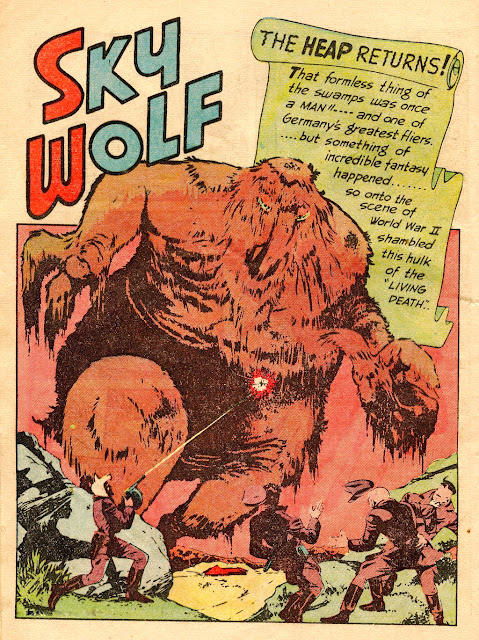 Here we have the third appearance and origin of The Heap, the original Swamp Thing, the original Man-Thing. Oh, and Sky Wolf, too, since it's in his strip. Sky Wolf was revived by Eclipse in the eighties and given one of the coolest costumes ever. The Heap was revived in the seventies at Skywald...in a way...and then officially also by Eclipse in the eighties. GCD has John Belfi's name on this with a question mark. Personally, I think Belfi's name in the last panel should erase that question mark. Belfi had been a longtime inker and assistant to various artists before getting some strips of his own at various companies. 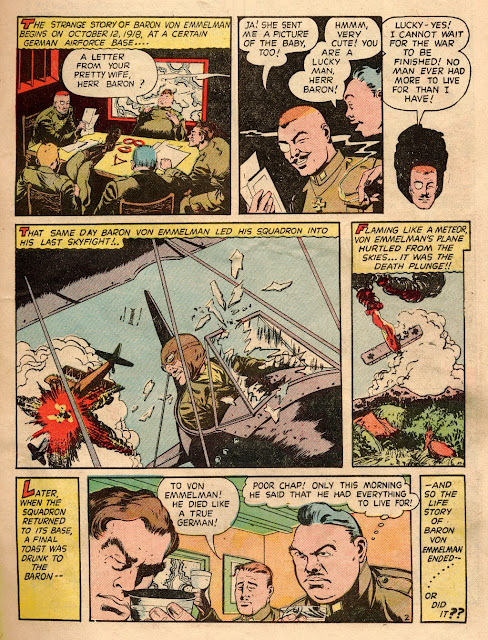 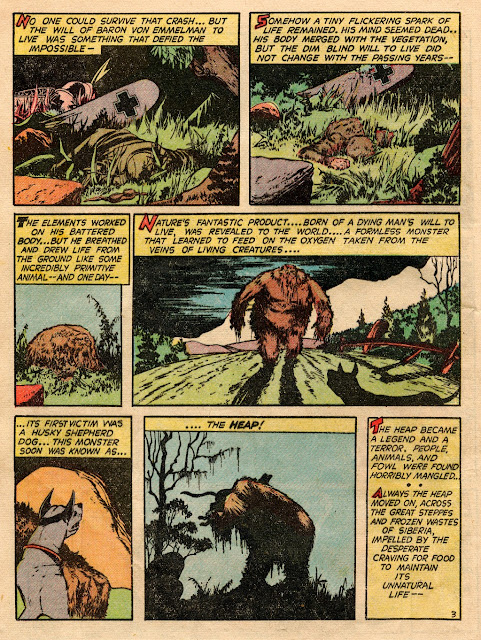 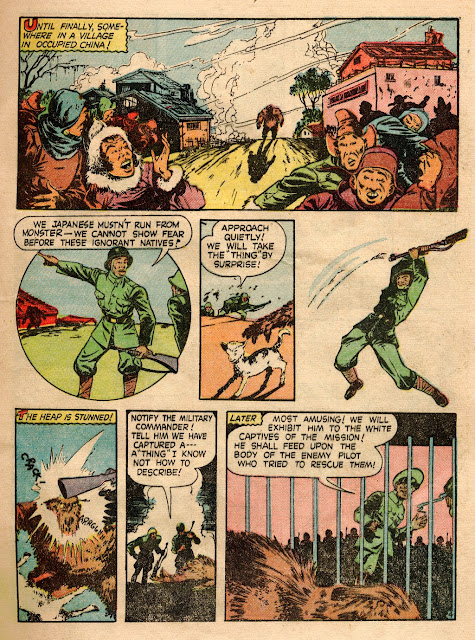 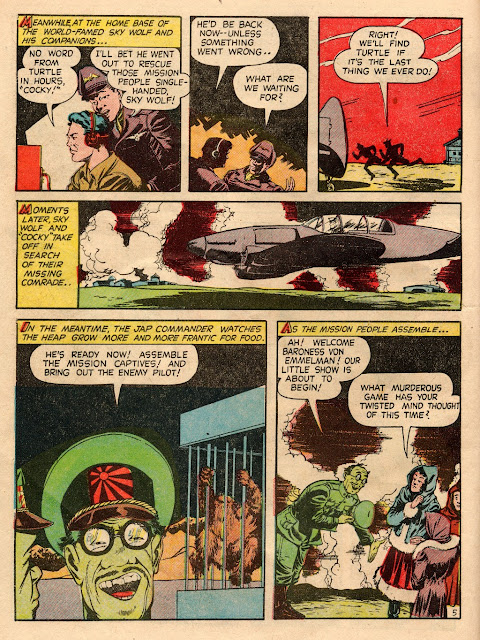 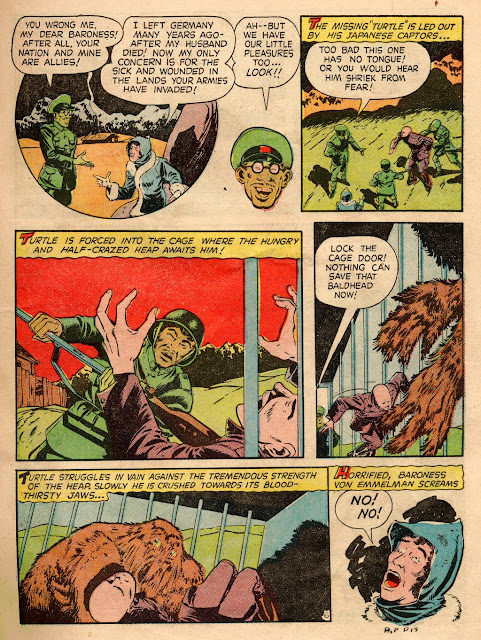 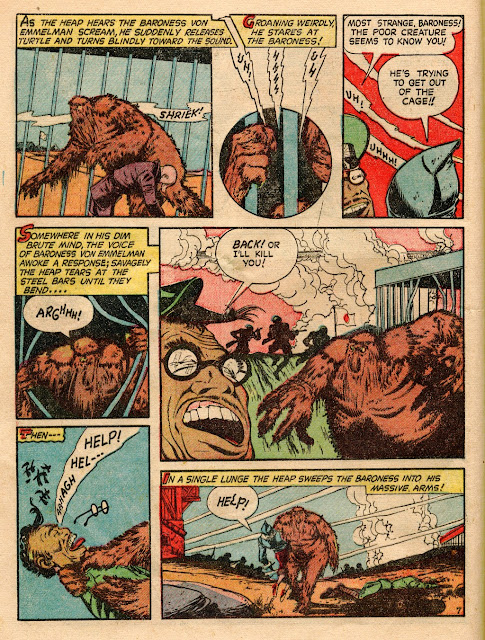 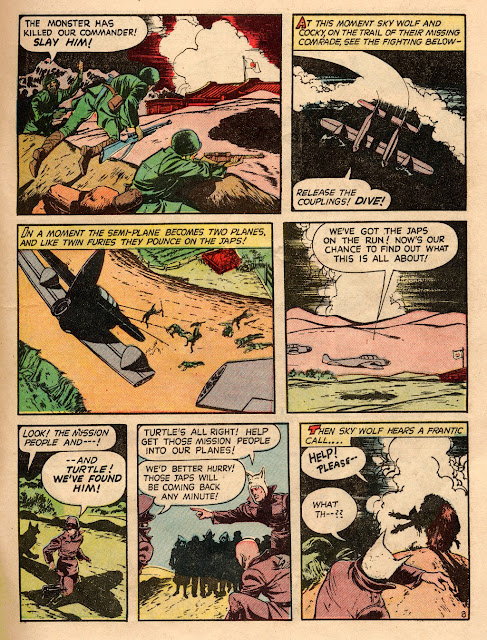 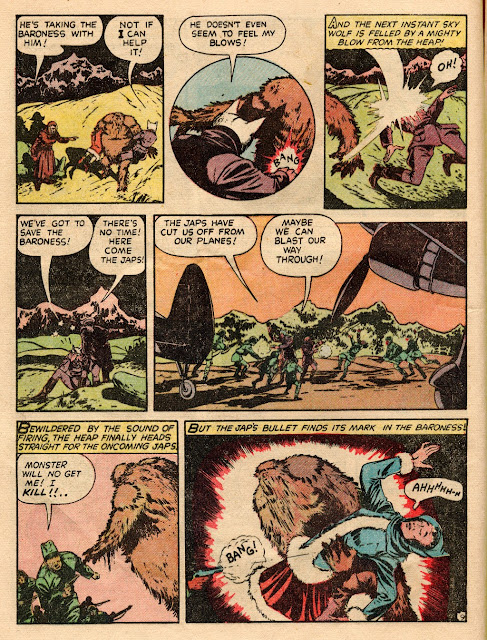 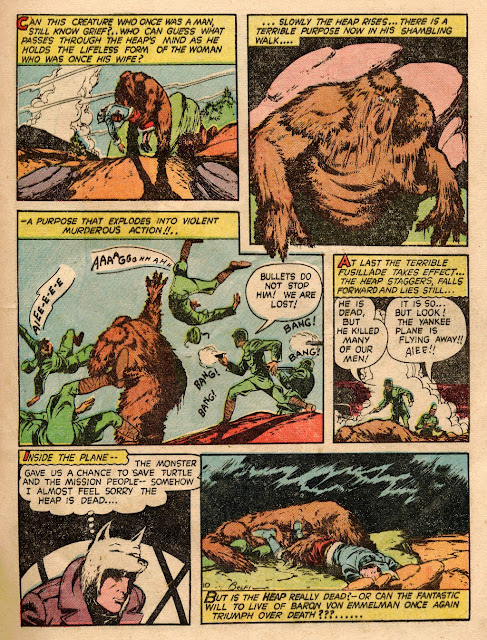 Posted by Booksteve at 8:07 AM

I may have missed it -- have you posted the first two appearances of the Heap before?

No, this is my first. Seems like I did see a Heap appearance somewhere recently. Maybe at PAPPY'S?

Cool! I didn't know of this ancestor of Swamp Thing and Man-Thing.

Quite a well-illustrated story, even though the the depictions of Chinese and Japanese people can't help but make me cringe some.

It looks as if inker John Belfi signed the story and penciller Maurice Del Bourgo didn't.