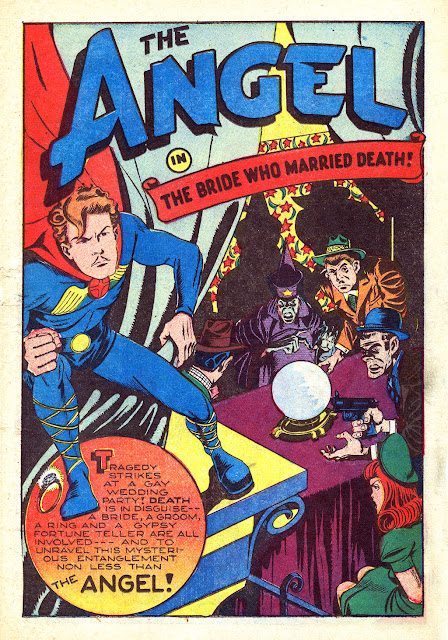 When I first saw, in Steranko's history, how prominent The Angel had been in Timely's Golden Age, I began to wonder why the character wasn't revived in the early sixties along with those many who were. It's not that he was a great character, being essentially a costumed variation on The Saint/ Falcon style hero. Still, for a brief period in the second run of MYSTIC COMICS in 1944, he at least seemed a little livelier. GCD says this is Mike Sekowsky--later the initial JLA artist--inked by Allen Bellman, an artist who's lived long enough to be rediscovered and can be found here! 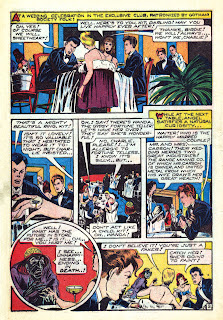 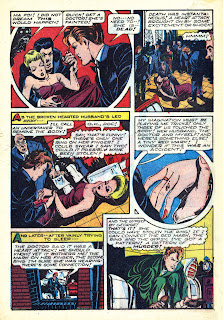 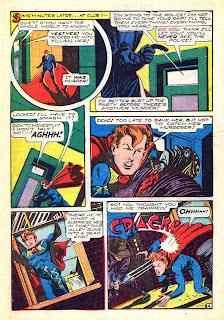 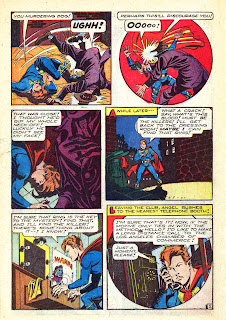 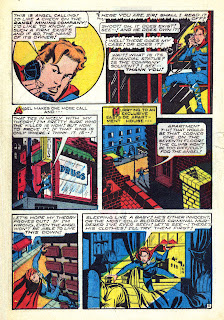 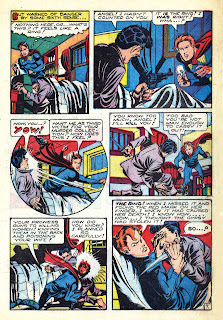 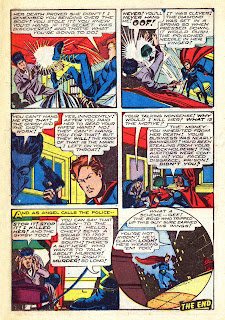 Posted by Booksteve at 5:10 PM