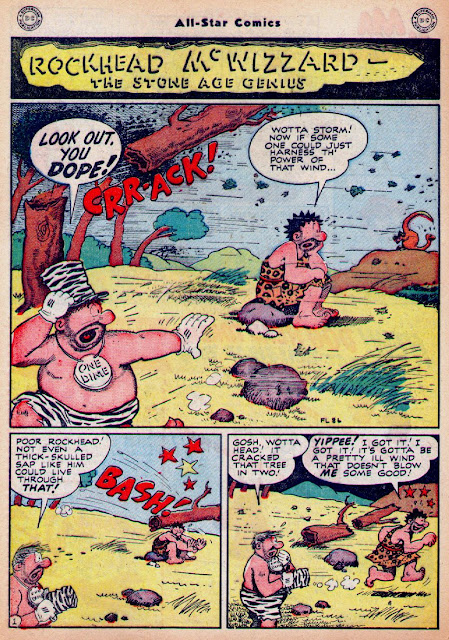 This ALLEY OOP rip-off strip (If there's any doubt, note the "OOOP!" in the last panel) appeared in various Golden Age National titles including ALL-STAR and FLASH COMICS. In fact, this one is from an issue of ALL-STAR in 1949 but that "FL 86" on the splash panel would seem to indicate that it had been originally meant for FLASH COMICS 86. The really nice art and storytelling here  is credited to longtime cartoonist Jack Farr who apparently died months before this was published and yet who continued to have stories come out as late as 1951. 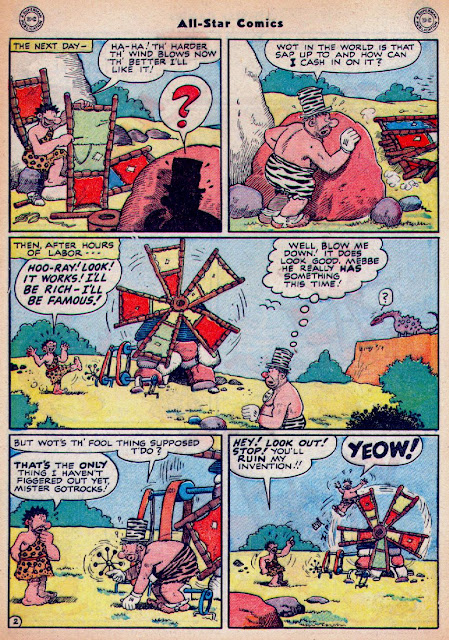 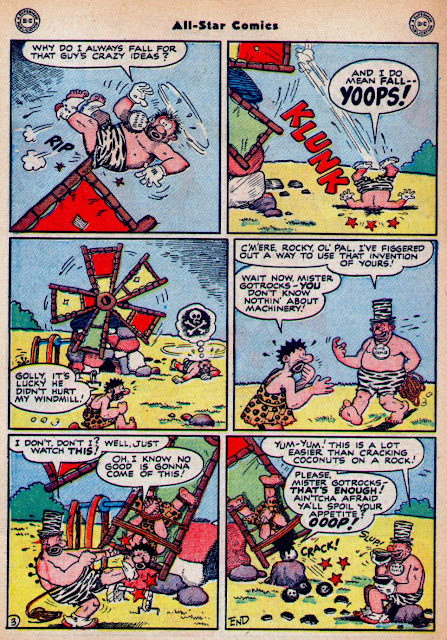 Posted by Booksteve at 2:01 AM