Perils of Pauline-Calling All Boys-1947 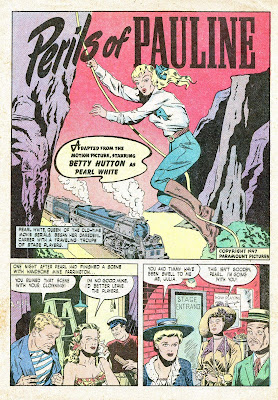 This is odd, It's the story of silent film star Pearl White...only it isn't really. It's an adaptation of the then-new 1947 motion picture THE PERILS OF PAULINE starring Betty Hutton as Pearl White. Thus the unnamed artist draws the actors and scenes from the film. There isn't much regard for continuity either as most panels show individual moments rather than actually tell any continuous story. But then what do you expect when you adapt a 90 minute movie in three and a half pages? 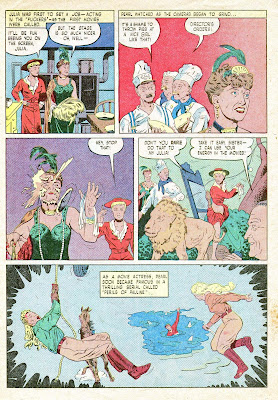 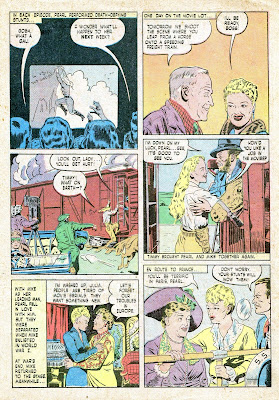 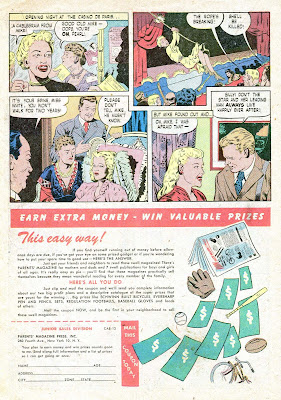 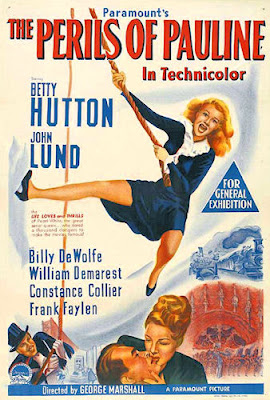 Posted by Booksteve at 6:19 PM

The movie is (more or less) a '40s "chick flick", and the adaptation is in a comic titled Calling All Boys. Worse of all, whoever drew this rendered Betty Hutton in a less than flattering way. (While she didn't have a strong physical prescence like Ingrid Bergman or Ava Gardner, she was anything but ugly.)

Some publicity this is!