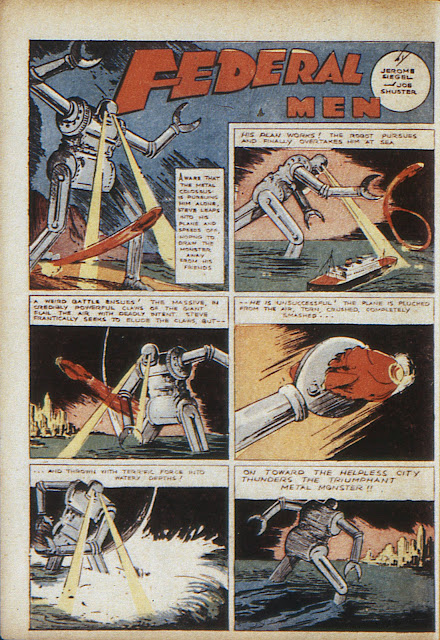 FEDERAL MEN appeared in NEW COMICS, the title that would become ADVENTURE COMICS and is being covered issue by issue at our sister bog, DAYS OF ADVENTURE. Although they had co-craeted SUPERMAN in 1933, the Man of Steel wouldn't see print until mid-1938. The pair was hardy idle in the meantime, selling a number of strips to Dell and National. FEDERAL MEN, although it started out a typical G-Man shoot-em-up, quickly progressed into something more with this particular episode's giant robots arguably inspiring the Fleischer SUPERMAN cartoons of the forties as much as anything that actually appeared in ACTION COMICS! 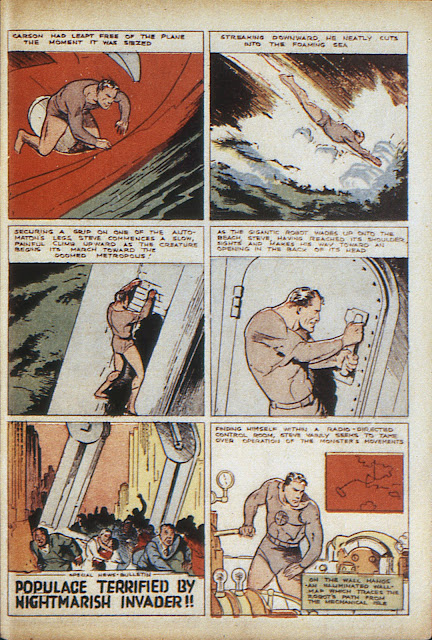 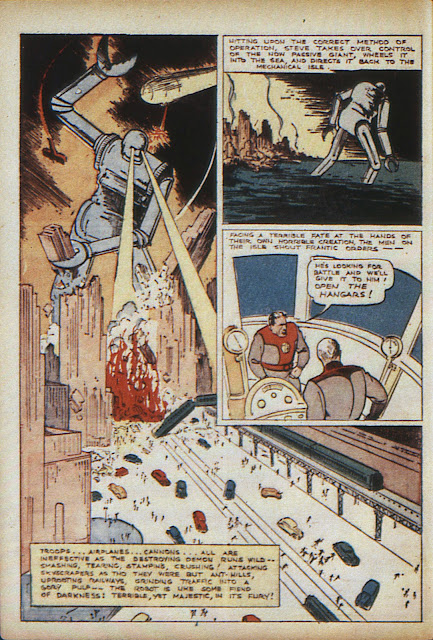 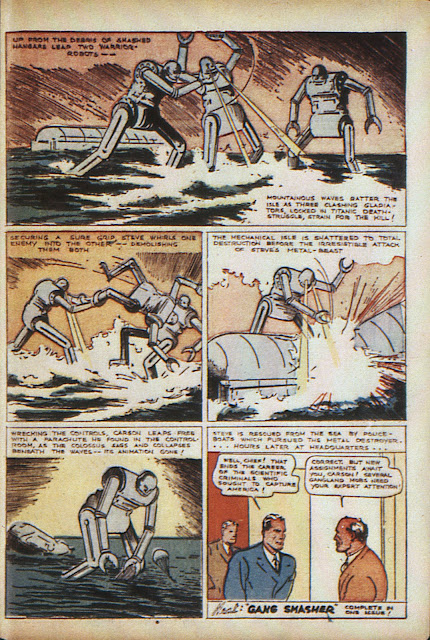 Wow! This early effort by Siegel and Shuster is very different and interesting.

Page three with the panel of the robot looming large over the city is well rendered. In fact, it looks like Shuster had the time to draw this, compared to early Superman stories where his art looked rushed (before he finally got help).

Great stuff. I was always curious to see this story after Les Daniels described it in one of his history books. Shuster could be quite good when he wanted.