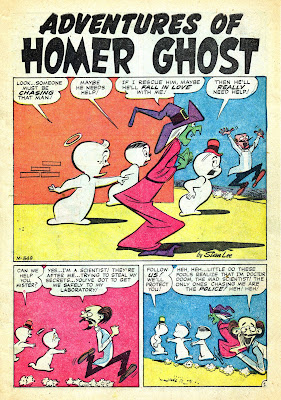 Originally by Stan Lee and Dan DeCarlo (as "Stan and Dan"), this straightforward rip-off of CASPER THE FRIENDLY GHOST was given an almost unprecedented amount of tries. Beginning in the early fifties as HOMER THE HAPPY GHOST, the series was revived at the end of the decade as THE ADVENTURES OF HOMER GHOST and then again in the early seventies with reprints! This particular story is from the middle period and is signed in an interior panel by artist Tony DePreta who would later go on to draw JOE PALOOKA and REX MORGAN, MD. 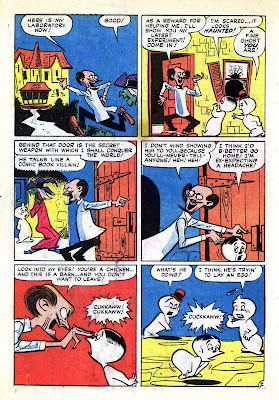 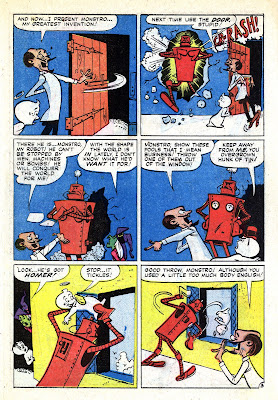 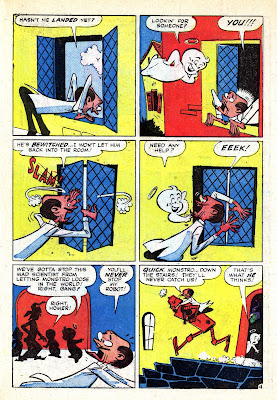 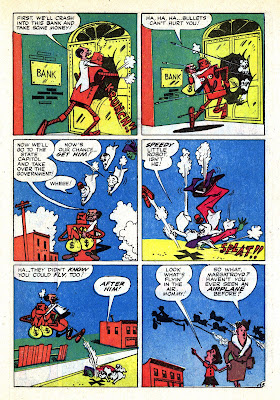 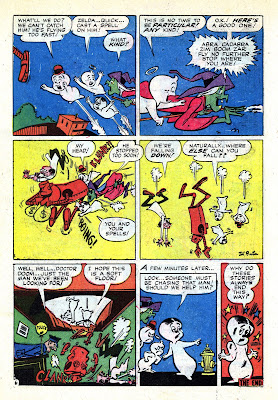 Posted by Booksteve at 1:59 AM