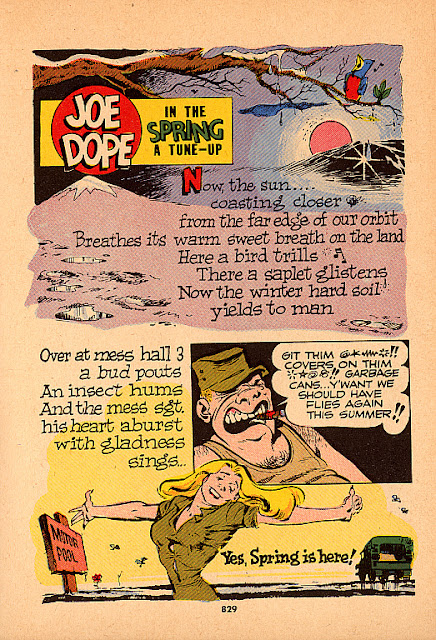 SPIRIT fans all know that Will left his creation largely in the hands of Jules Feiffer, Wally Wood and various other assistants in the mid-fifties before letting it dwindle to an anti-climactic close. Here's why. Will had sold the government on the use of comics as an educational tool and PS MAGAZINE, a monthly manual of preventative maintenance was born. Over the years others such as Murphy Anderson and Joe Kubert have carried it on but it was Eisner's baby and until his public comeback in the seventies was the best place to see new work from the Master. 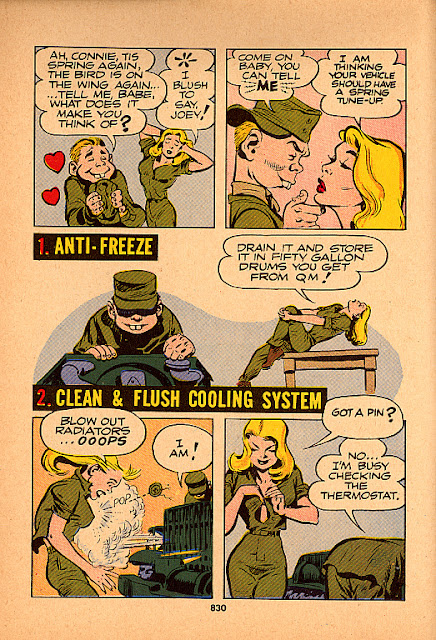 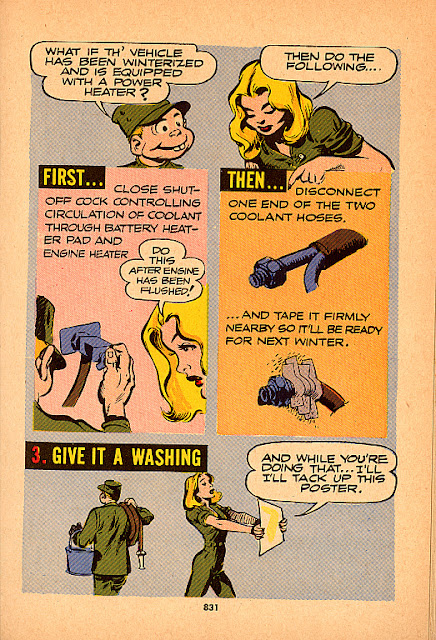 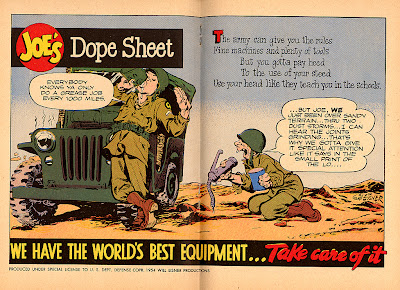 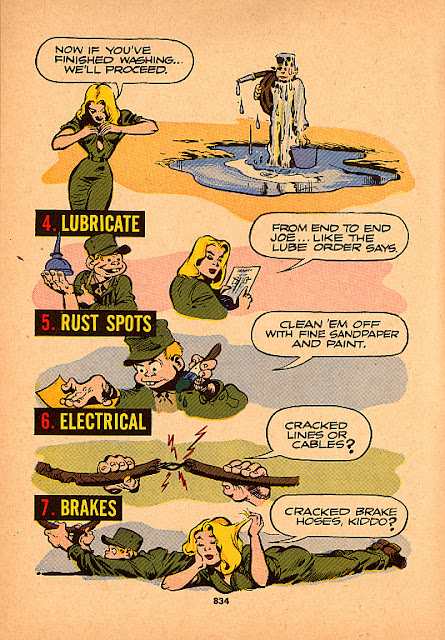 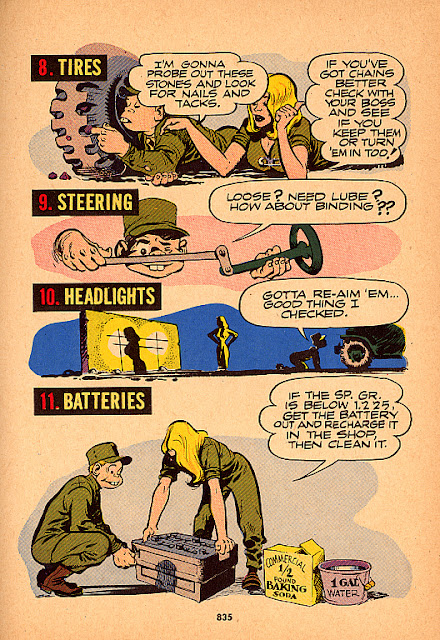 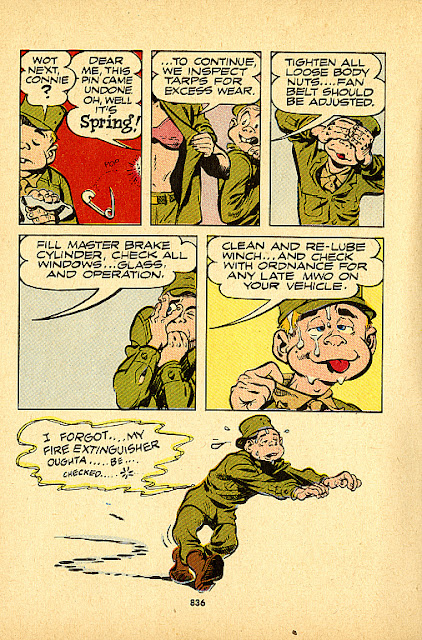 You can check out a full 100 issues here free: http://digitalcomicmuseum.com/index.php?cid=1026
Posted by Booksteve at 12:37 AM