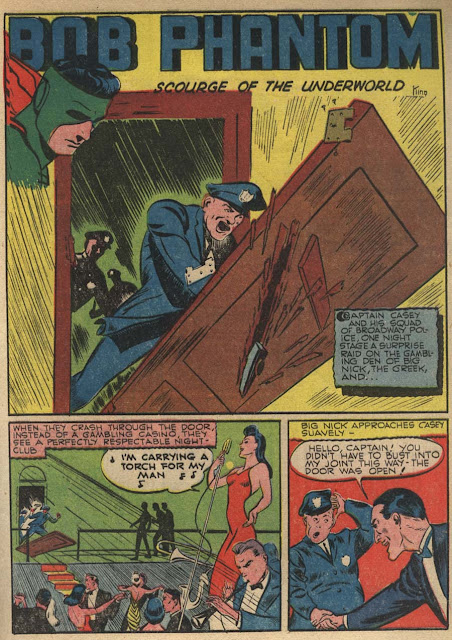 He had a reasonably long run but here, in a Harry Shorten/Warren King story that would have been on the stands in December of 1941, is the FINAL Bob Phantom adventure of the Golden Age. The character would not see the ink of a comic boom again until 25 years later when Jerry Siegel and Paul Reinman tossed him into the mic for "Too Many Superheroes," the astonishingly, legendarily terrible MOGHTY CRUSADERS story. 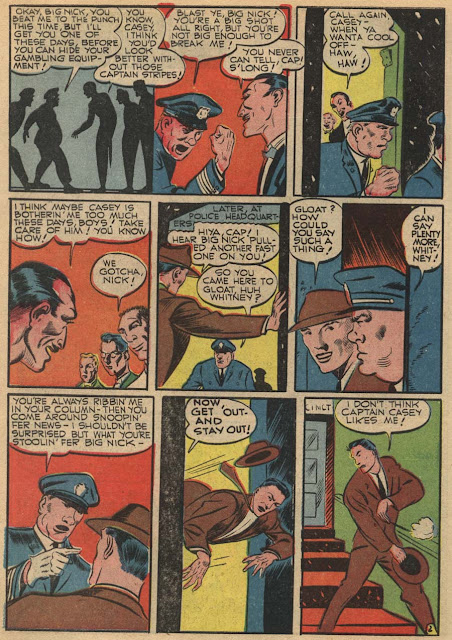 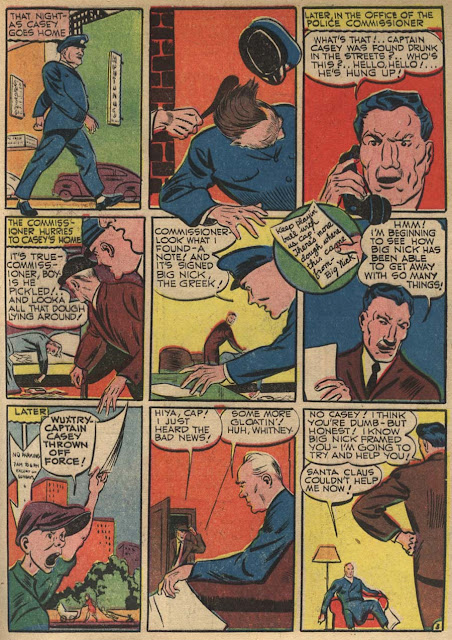 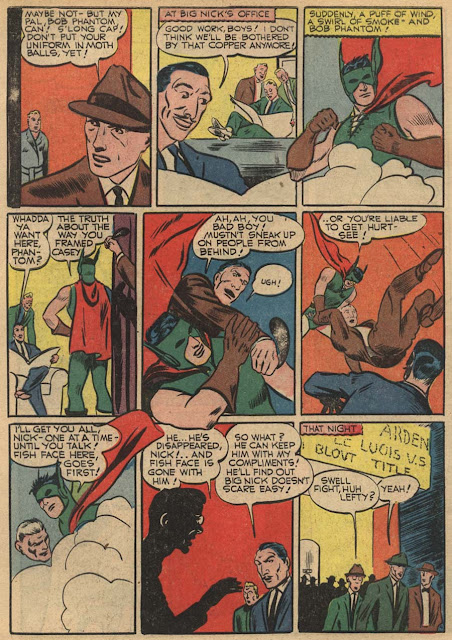 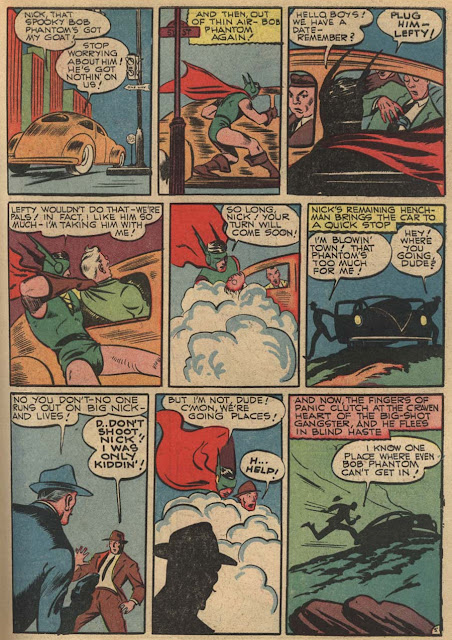 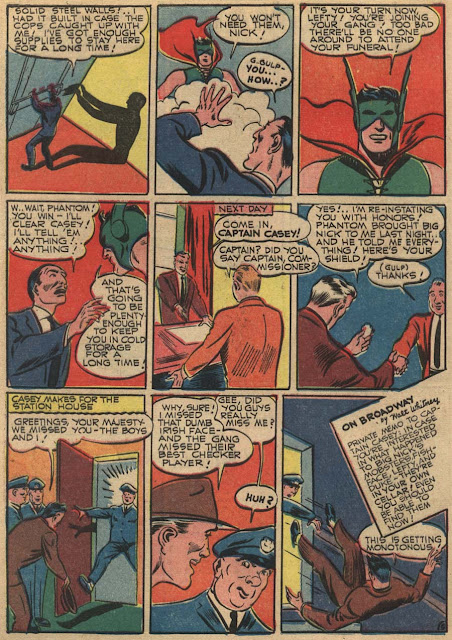 Posted by Booksteve at 1:42 AM