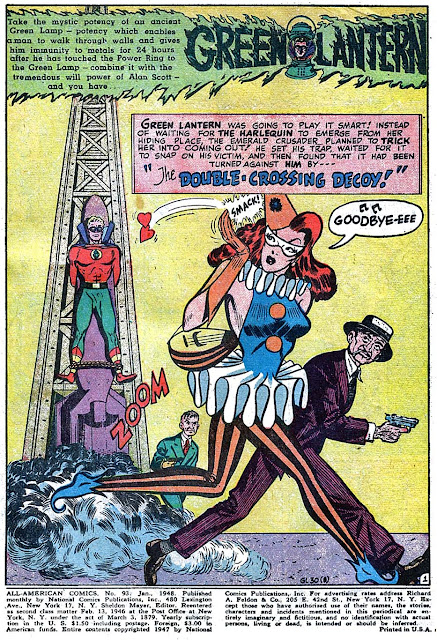 My absolute favorite Golden Age series has long been GREEN LANTERN and one of the reasons has been that the quality of that strip's art was nearly always top-notch. During the later run, that art was usually by Irwin Hasen who turns 94 today! Here's GL and the Harlequin from late in 1947. By this point, she was more a co-star than an antagonist. That would soon change, however, as she was replaced by Streak the Wonder Dog! 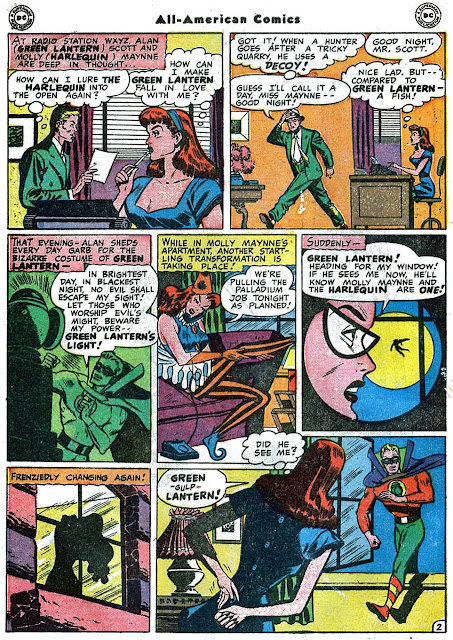 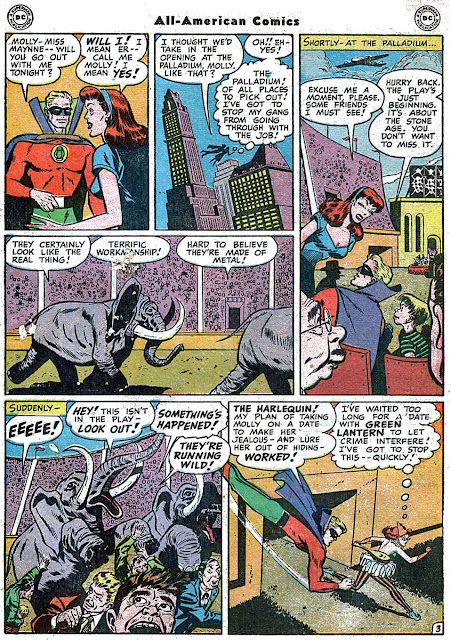 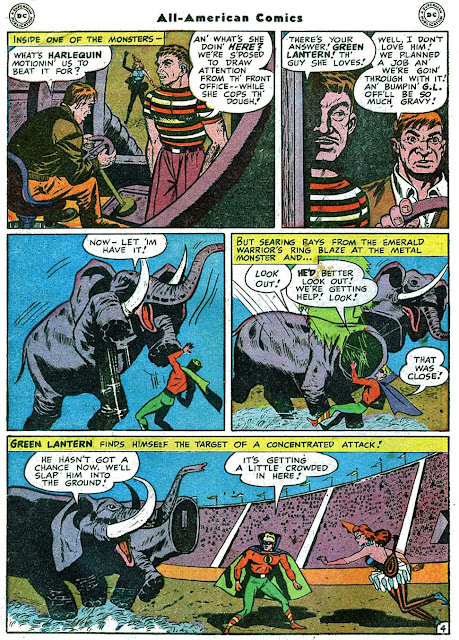 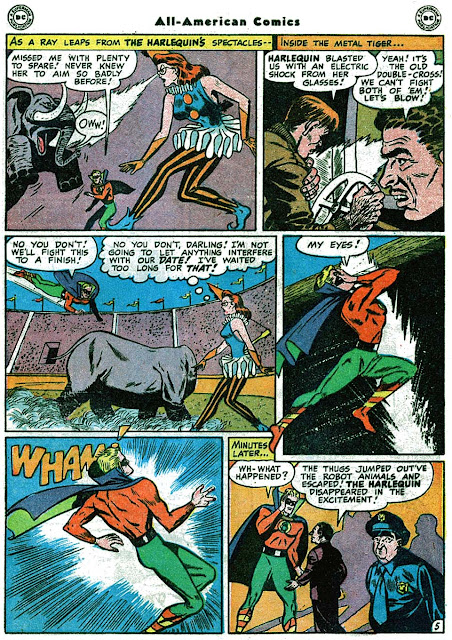 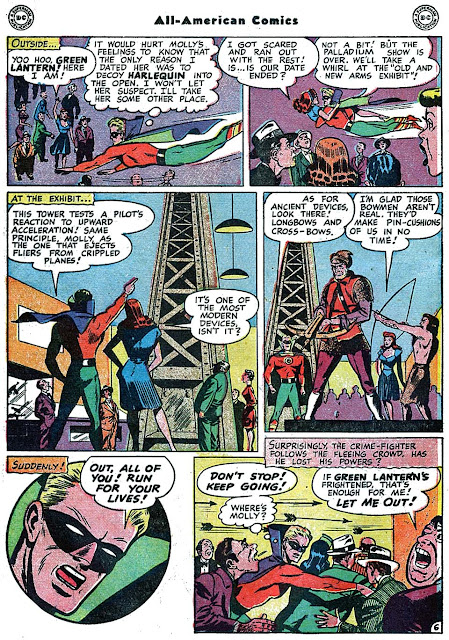 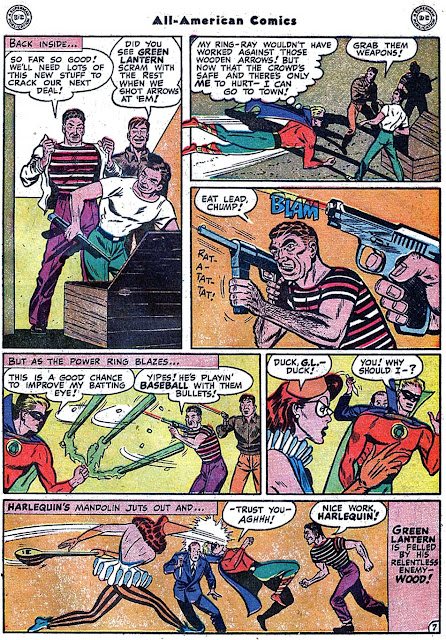 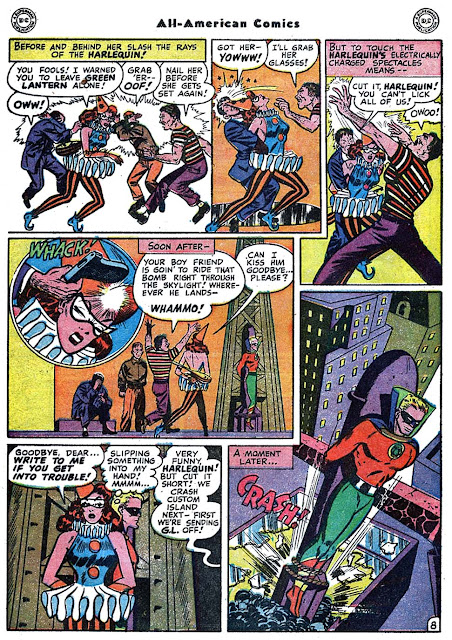 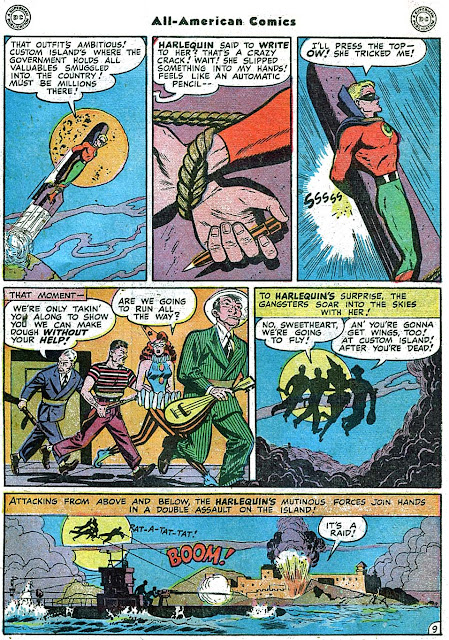 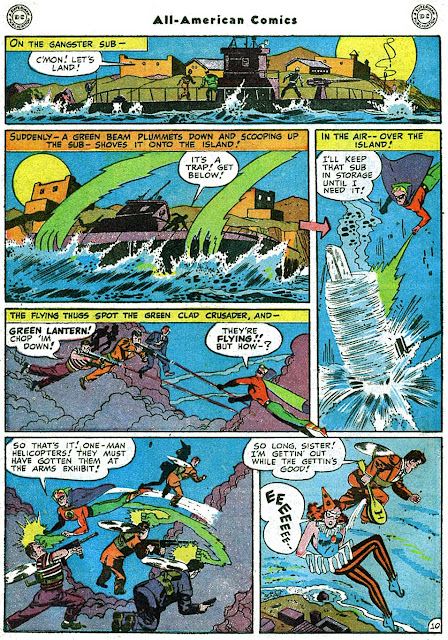 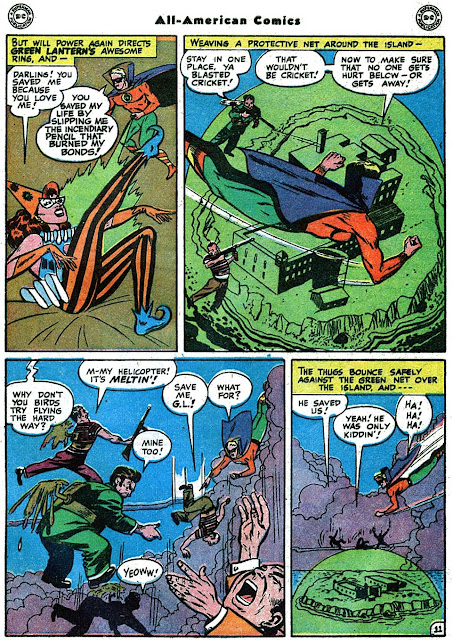 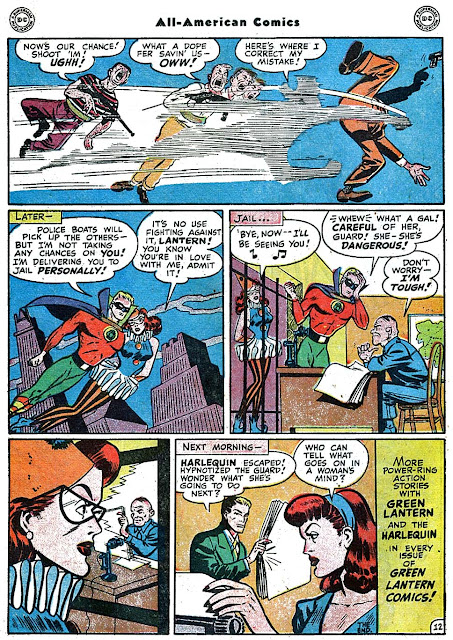