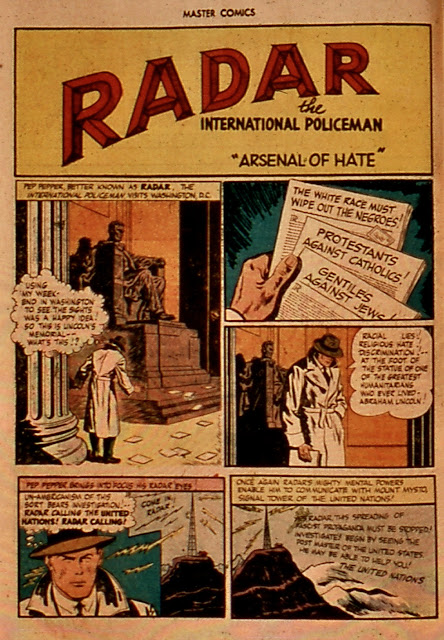 RADAR, the first international policeman, appeared for a good run in Fawcett's MASTER COMICS. While he never graduated to a regular solo series, he did have the odd honor of starring in ANARCHO, DICTATOR OF DEATH, the 1947 one-shot (as COMICS NOVEL) featuring a book-length adventure written by Otto Binder. The artist both here and there was Al Carreno, a Mexican-born comics creator who made all the usual Golden Age rounds and later became active in the National Cartoonists Society. Frankly, Radar always looked to me like The Big Red Cheese himself undercover! 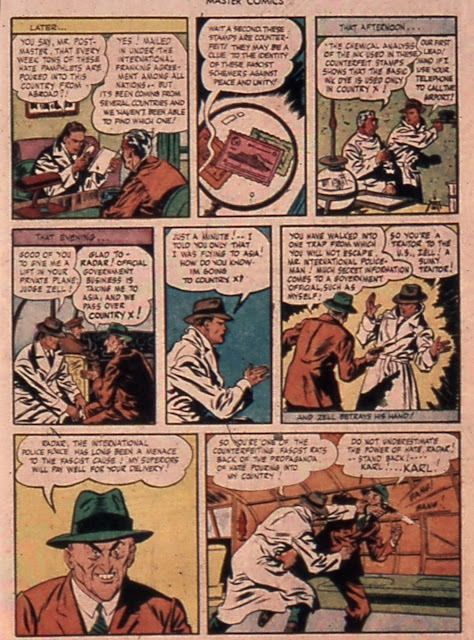 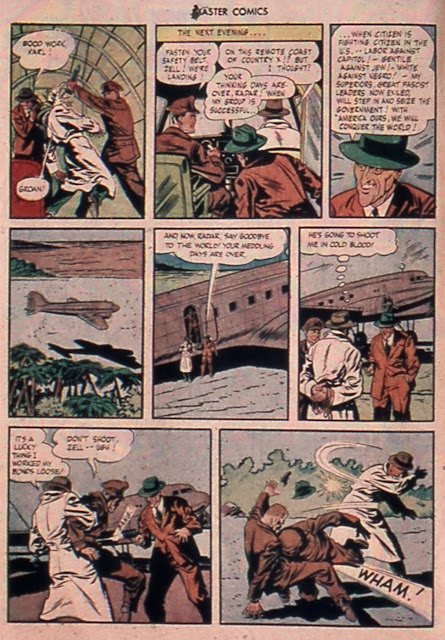 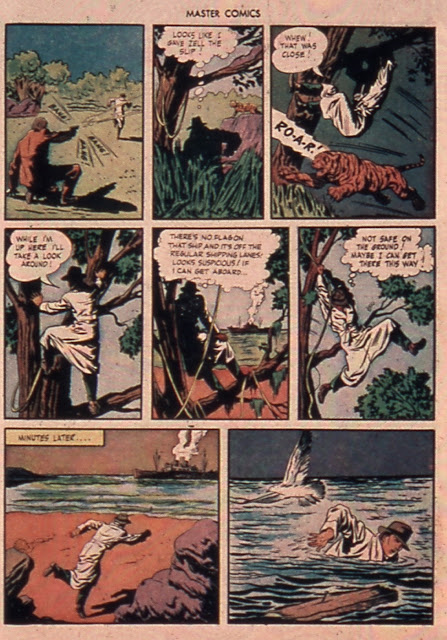 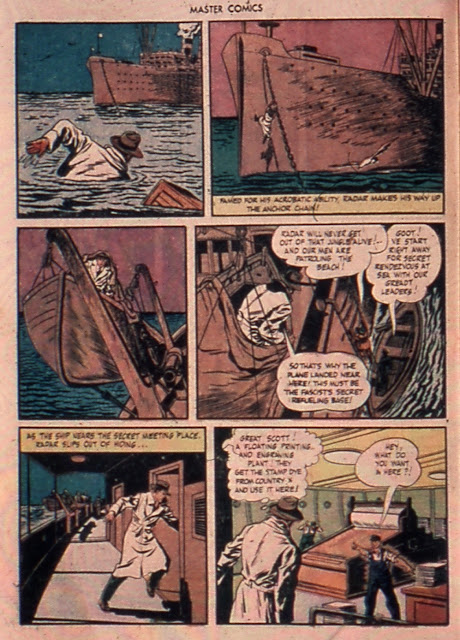 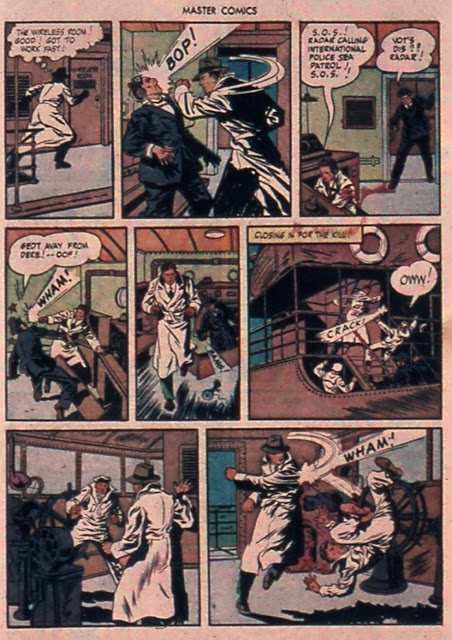 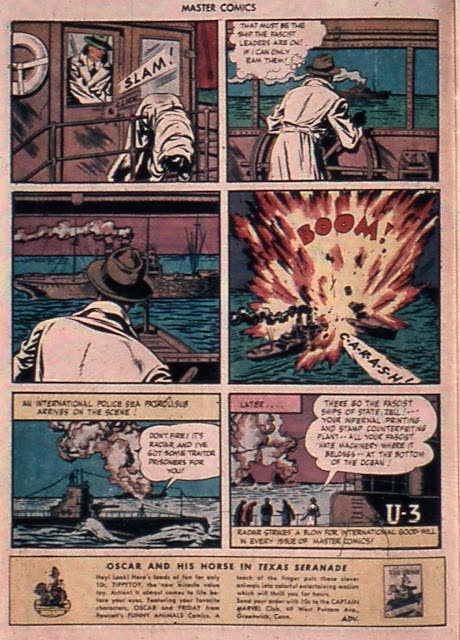