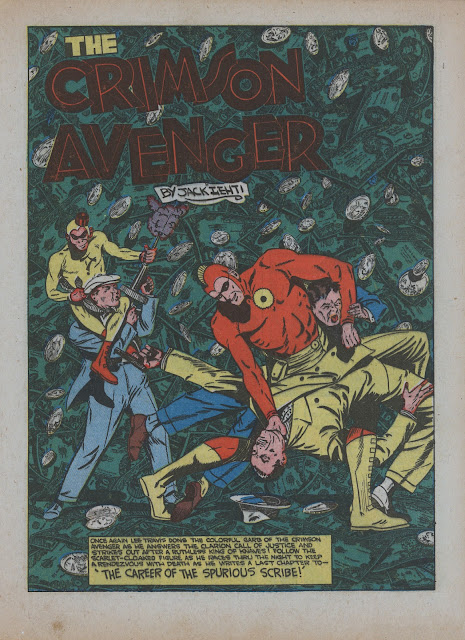 The Crimson Avenger was originally a Shadow-style cloaked hero with a hat and a gun in early, pre-Batman issues of DETECTIVE COMICS. Then, much like what happened with ADVENTURE COMICS' Sandman, he was given a stylized super-suit and a sidekick--in his case the latterly controversial Wing. Here's a nicely drawn 1941 tale--what a great splash!--from Jack Lehti. 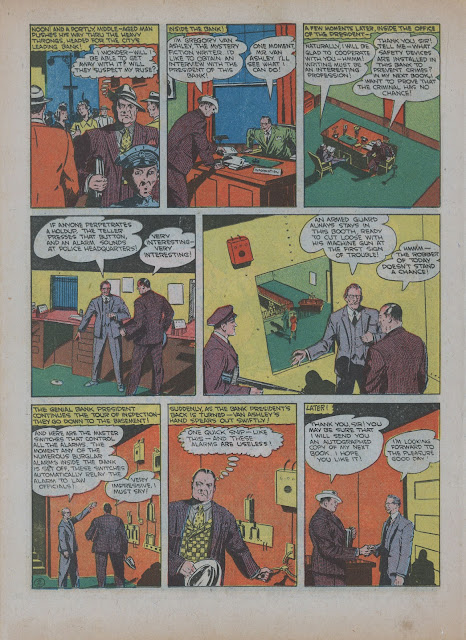 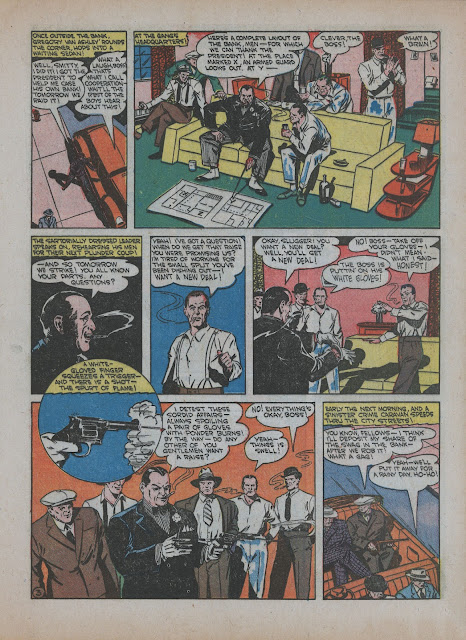 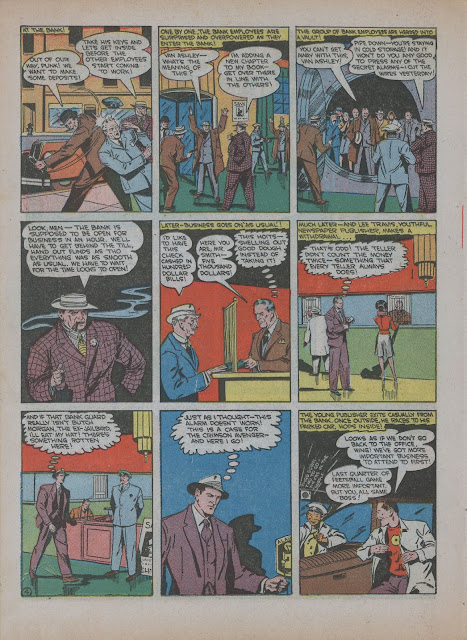 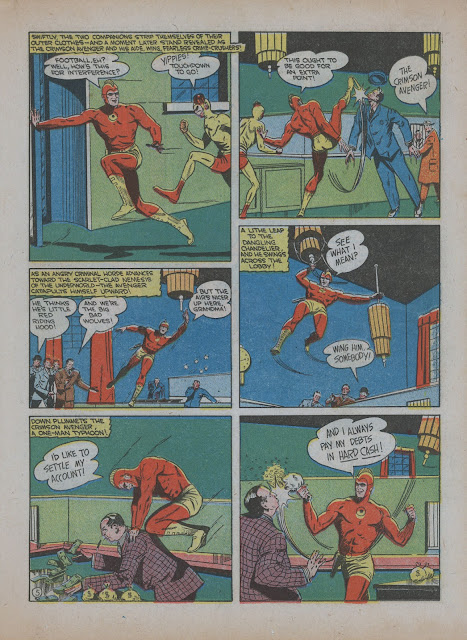 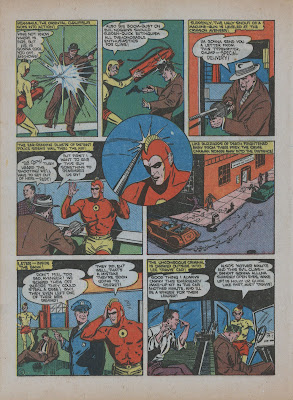 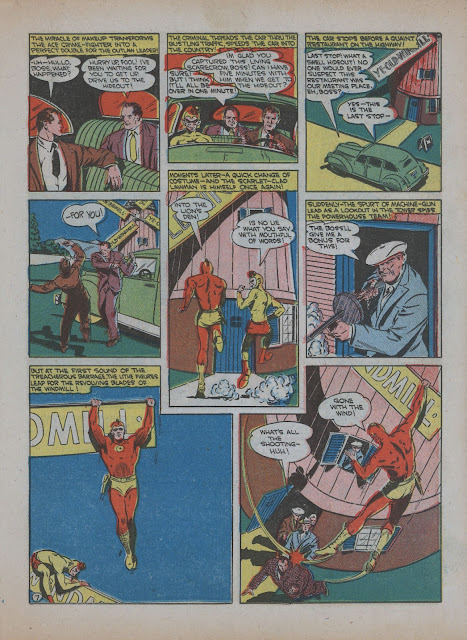 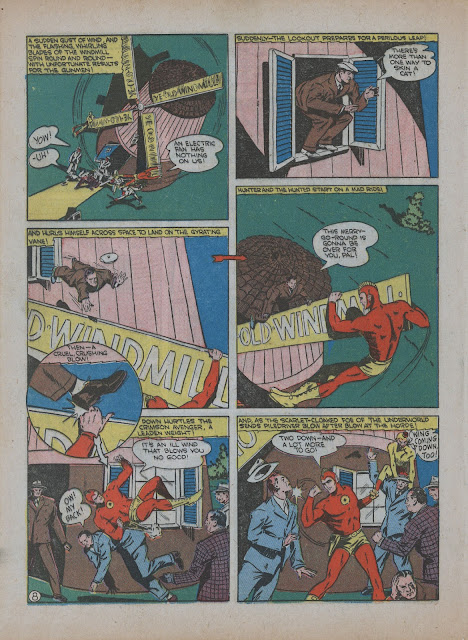 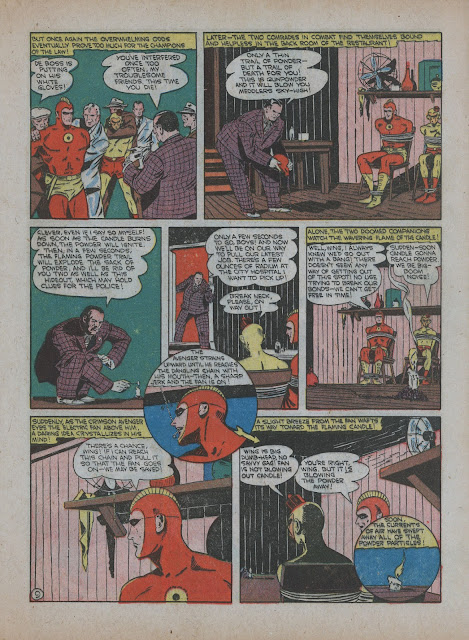 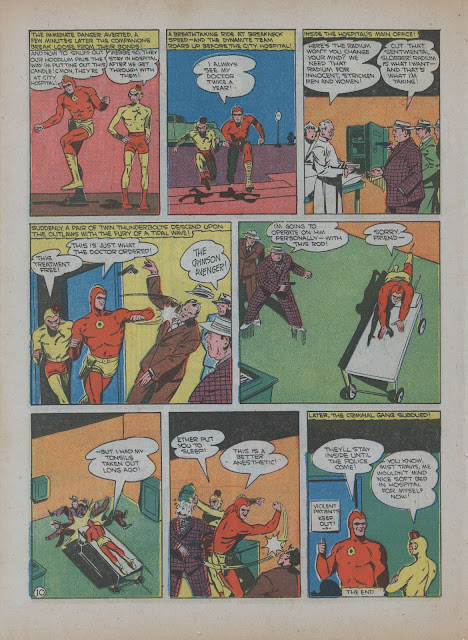