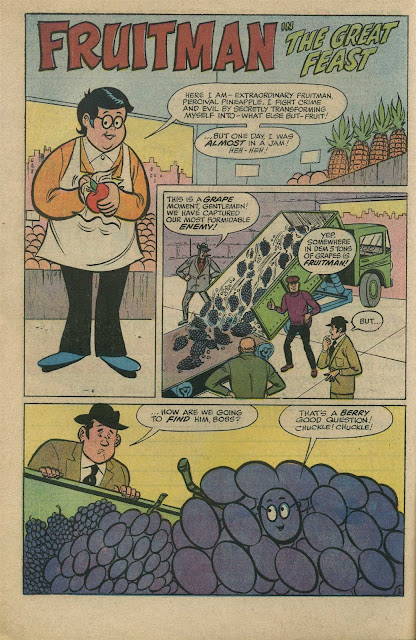 Here's a superhero secure in his manhood--Fruitman! Fruitman appeared as a relatively square back-up strip in Harvey Comics hipper-than-hip Archie-esque title BUNNY in the late sixties and early seventies. Eventually he even got his own one-shot title!  Internet speculation is that he was created by Hy Eisman and possibly drawn by veteran Bill Williams who had done the fun HENRY ALDRICH comics way back when and later worked with John Stanley. I always enjoyed Fruitman myself...but what did I know? I was nine that year! 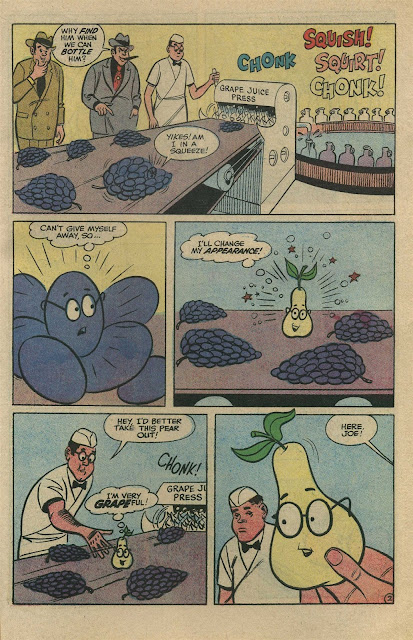 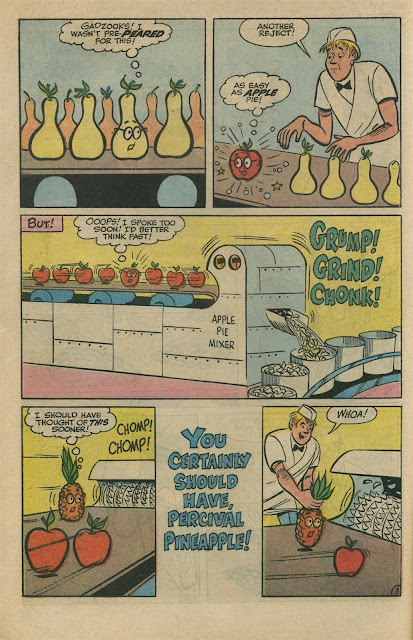 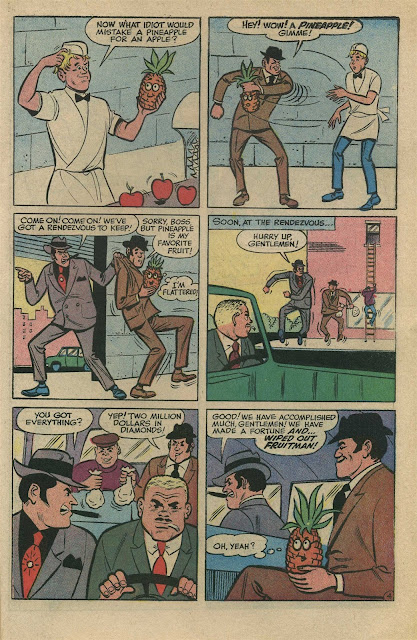 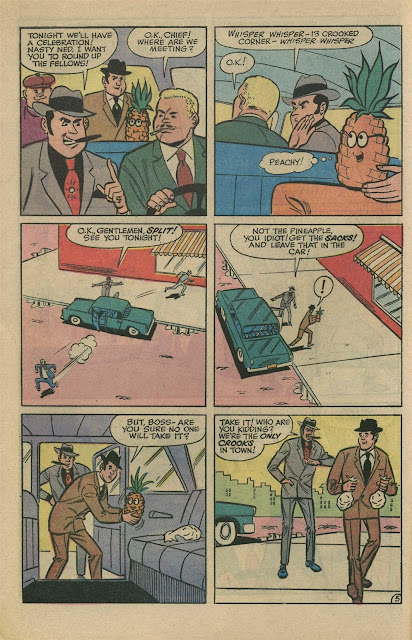 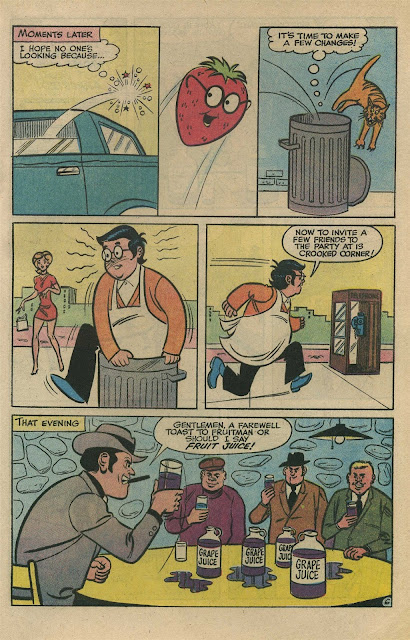 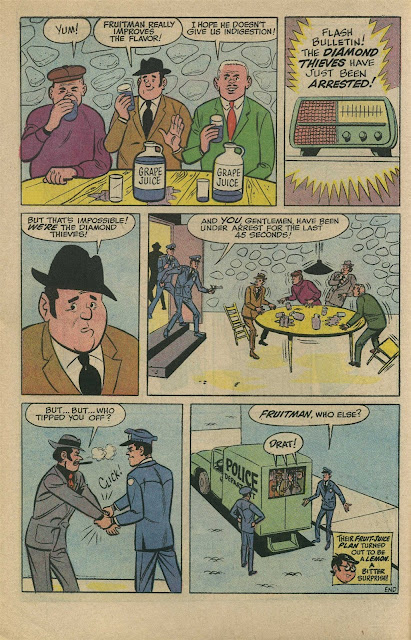 Posted by Booksteve at 2:33 PM