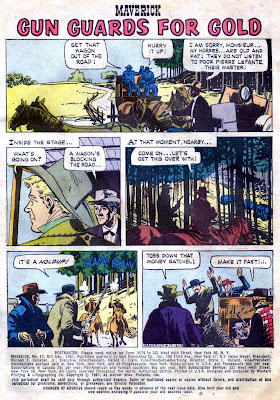 I've been spending a lot of time with the old MAVERICK TV series lately for a project I'm assisting on. I've always loved the Garner episodes, of course, but this time I've developed a particular enjoyment for Jack Kelly's Bart Maverick, also. Here he is from around the time of the fourth season when Roger Moore--yes-THAT Roger Moore (of all people) also appeared as English-accented cousin Beau Maverick! Art here is by Dan Spiegle, my favorite Dell/Gold Key artist who got even better in later years on his various series with Mark Evanier. 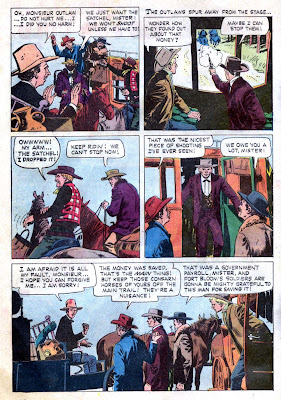 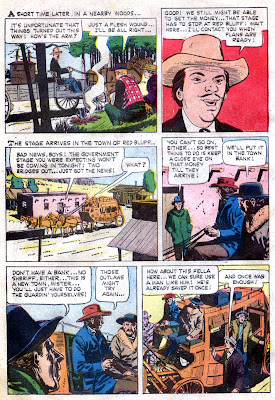 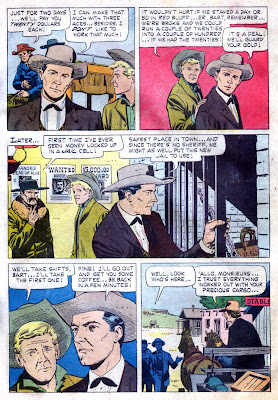 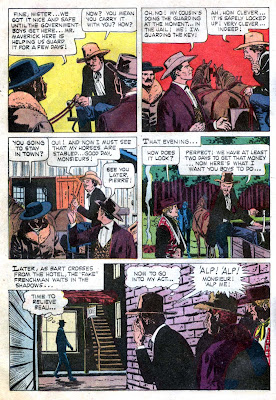 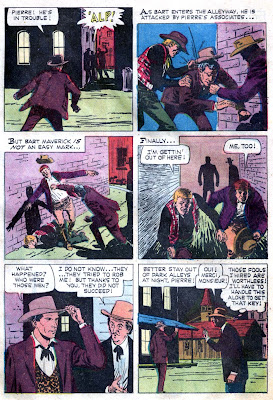 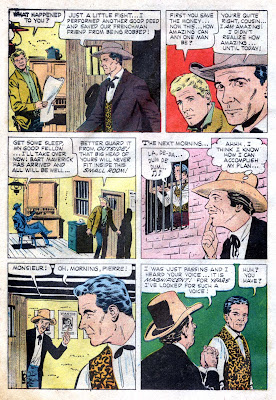 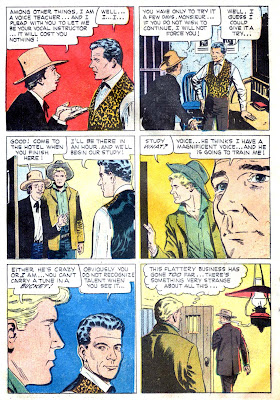 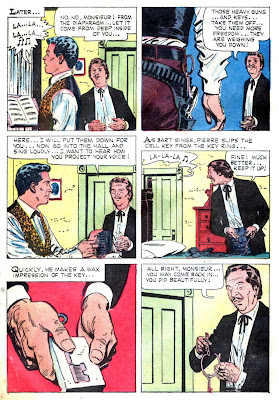 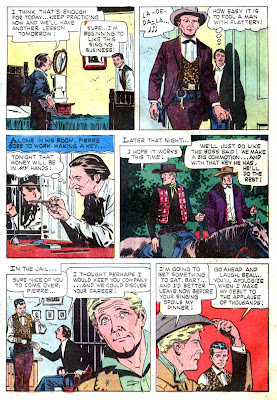 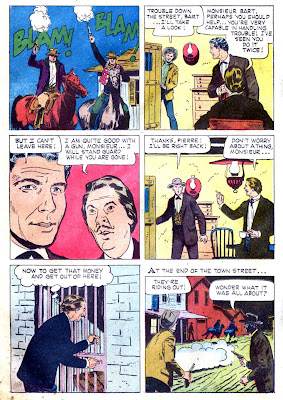 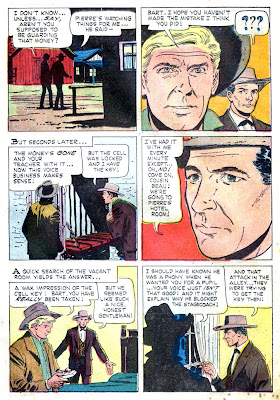 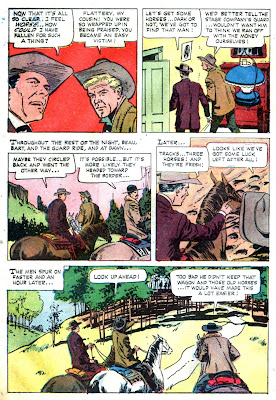 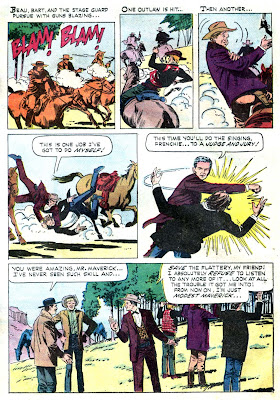 Posted by Booksteve at 5:39 PM