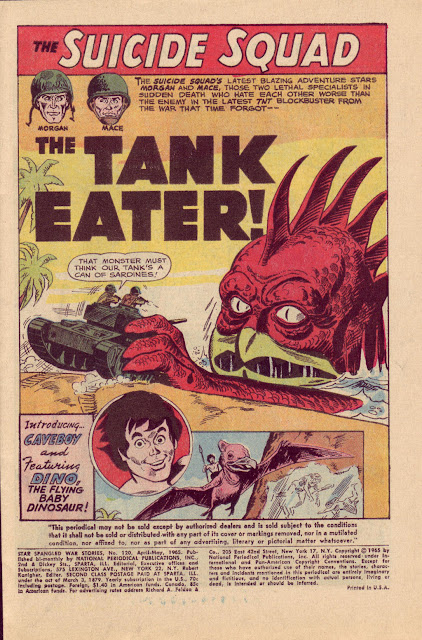 Certainly one of the stranger series in the history of comics, Robert Kanigher's "War That Time Forgot" that ran in STAR-SPANGLED WAR STORIES got even stranger with this issue with the introduction of "Caveboy" and his pet baby flying dinosaur. The protagonists where are the Suicide Squad but not the ones that had had their own tryout issues previously. 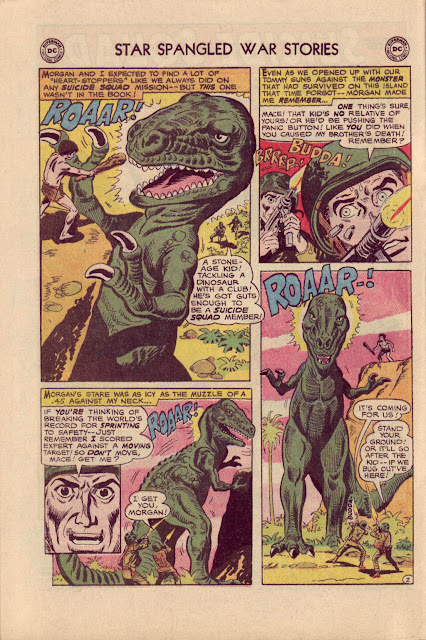 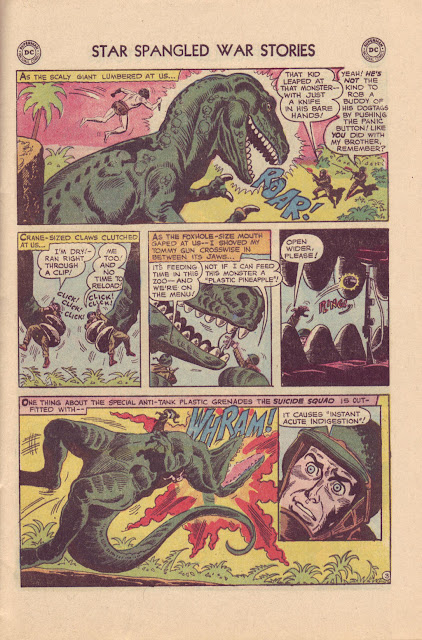 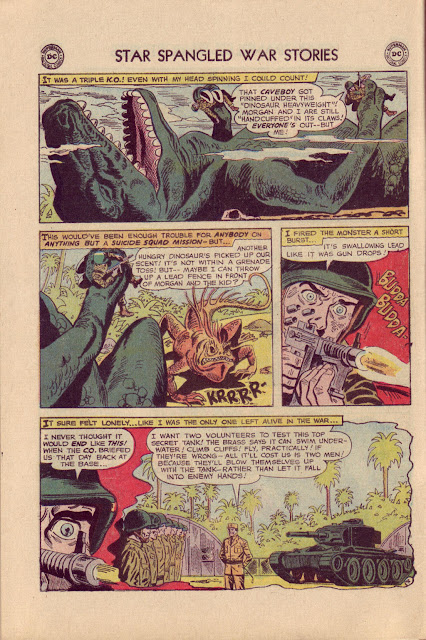 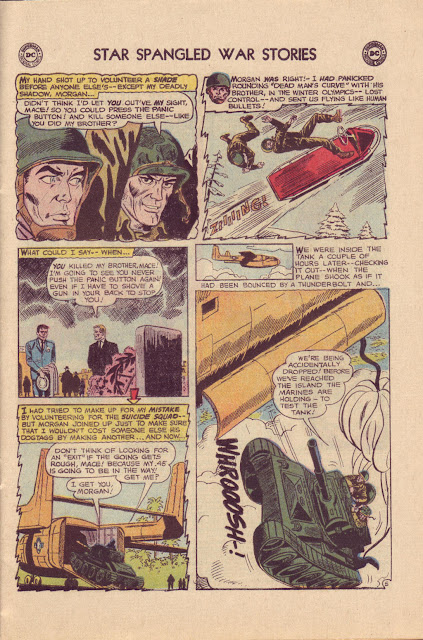 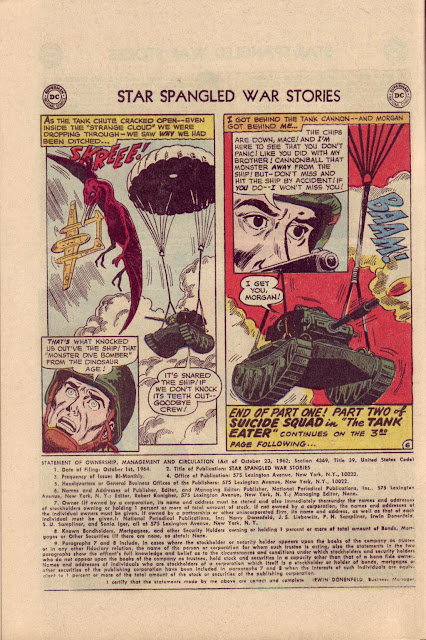 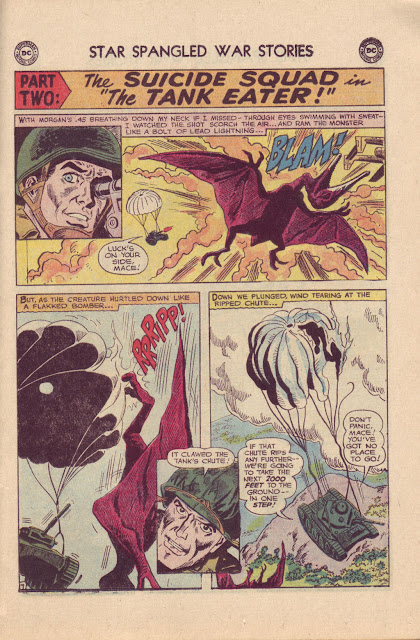 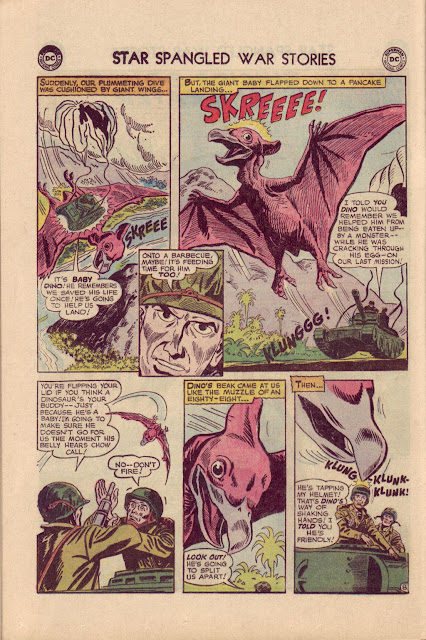 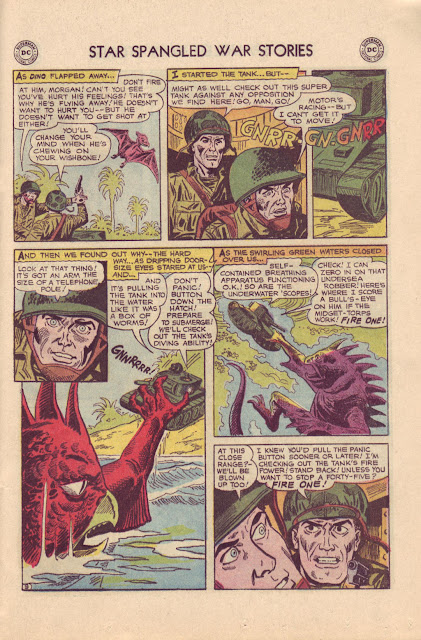 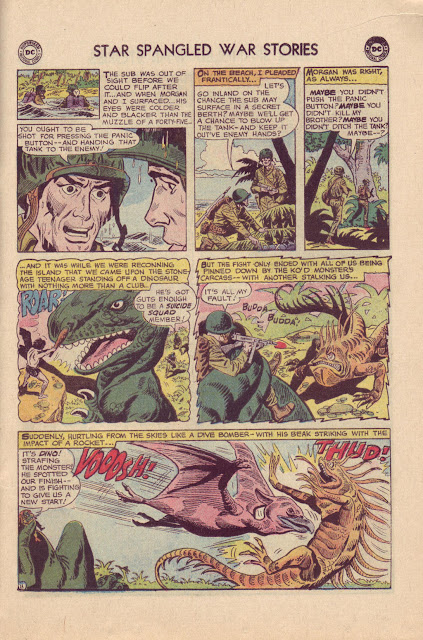 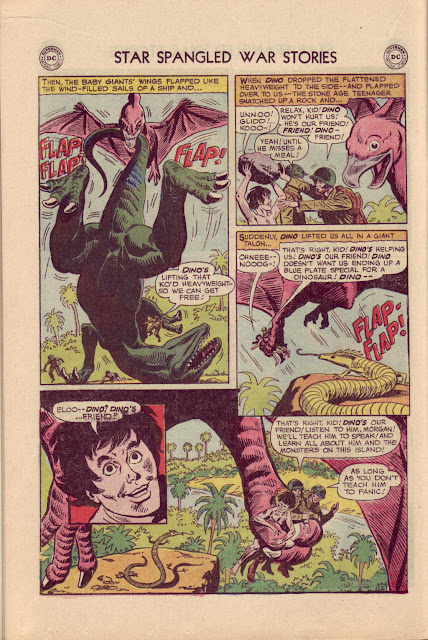 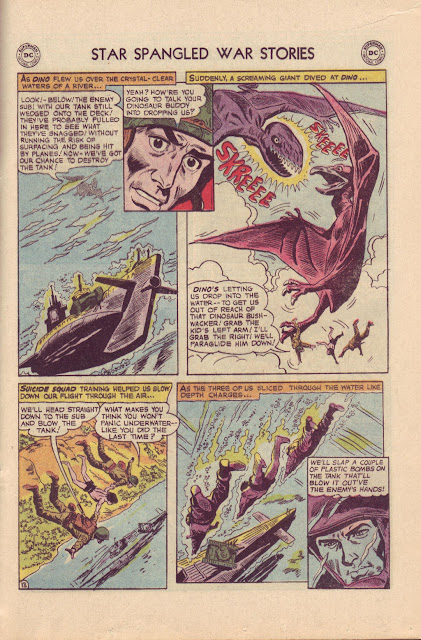 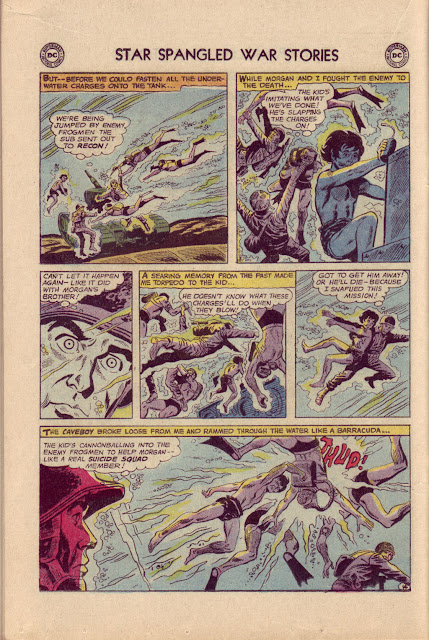 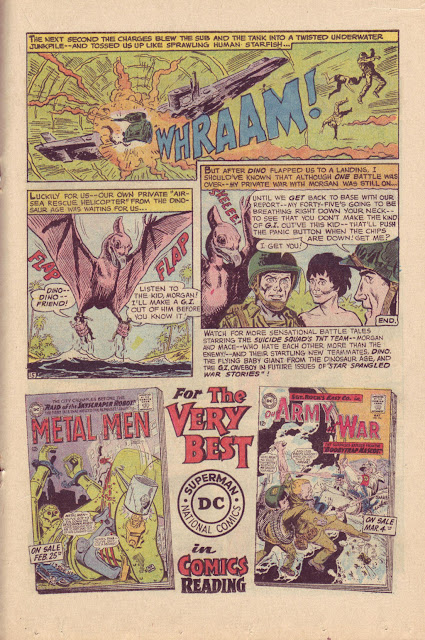 Indeed these stories seem strange. But many periods have invented literally fantastic tales of the heroic adventures of their then-contemporary warriors, or the warriors of not many years before. Often these tales involved battling great and terrible beasts.

(When we look back now at the stories of Jason or of Odysseus, the warriors themselves are alien and exotic and fantastic. But when those stories first appeared, that wouldn't have been the case.)

Thanks for sharing. I like oddball comics, but also used to buy war comics as kid. Plus I'm a big dinosaur fan, so it's only natural I'd be drawn to like The Tank Eater. Nice blog.