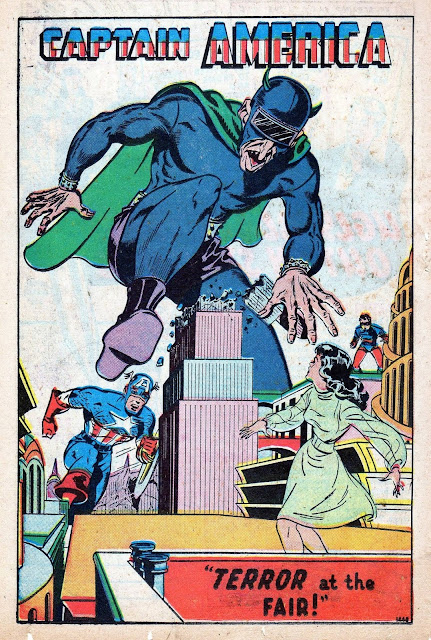 On of my favorite things in the world is a wacky post-war Captain America story! This one has art credited to Ken Bald who would later be known for the DR. KILDARE newspaper strip and even further on for the DARK SHADOWS newspaper strip. Inking is credited by GCD to Cap's more regular artists during this period, Syd Shores and Vince Alascia. Shores would return to Cap 20 years later to ink Kirby during the Marvel Age. 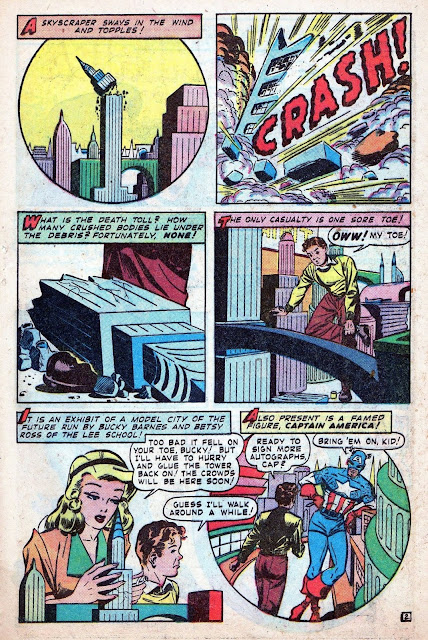 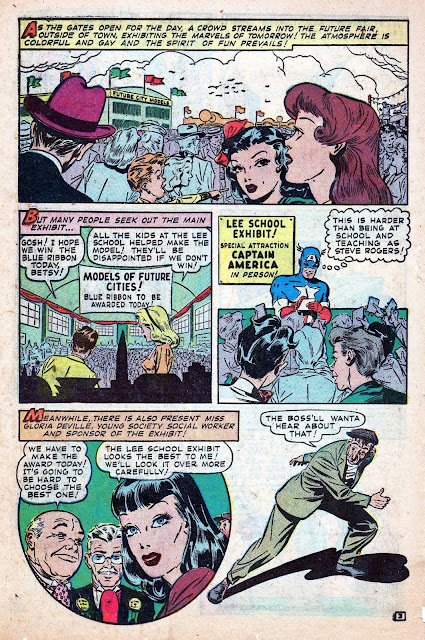 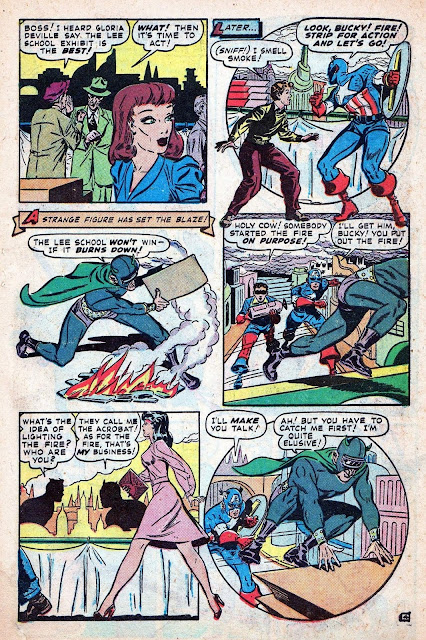 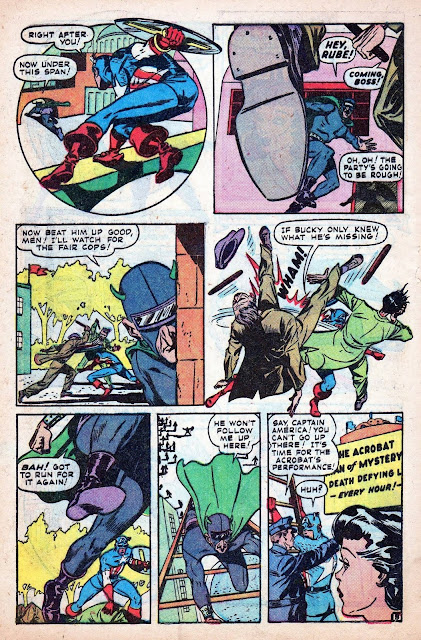 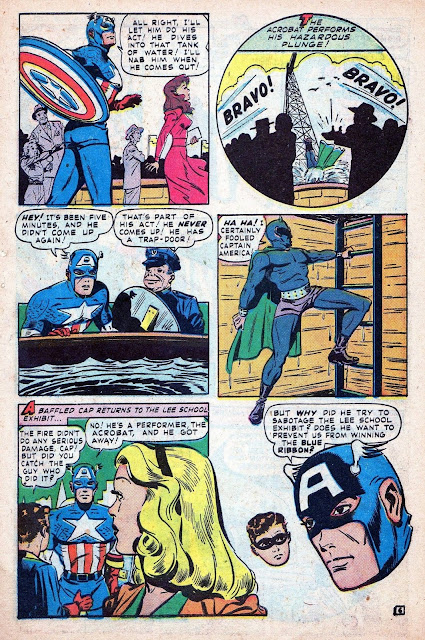 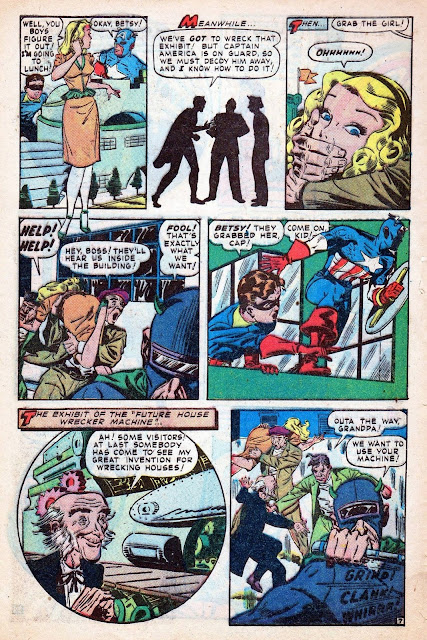 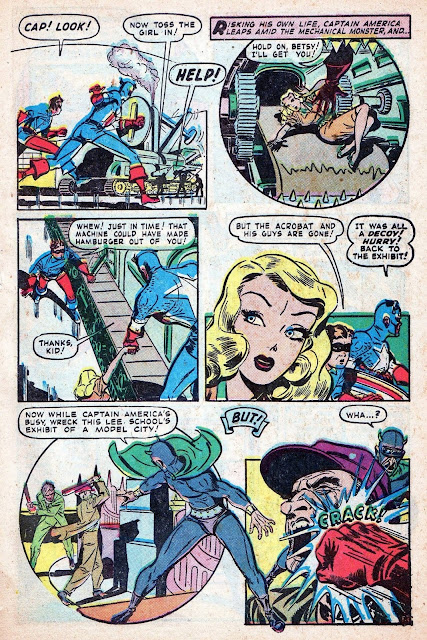 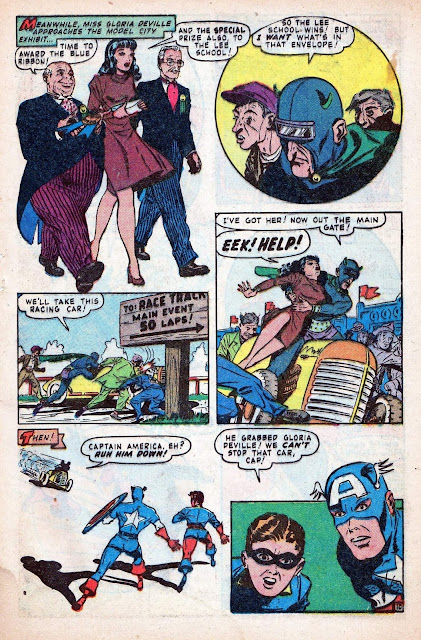 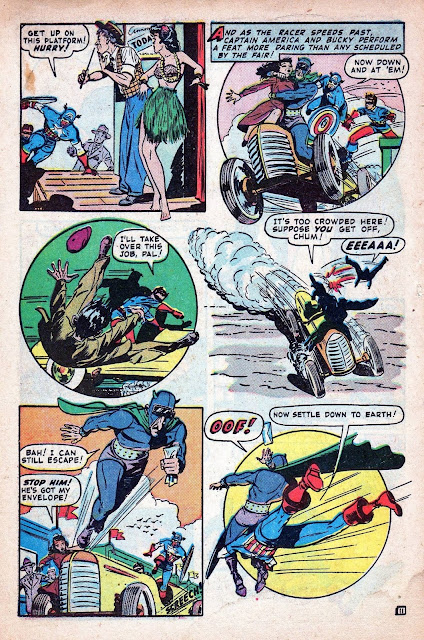 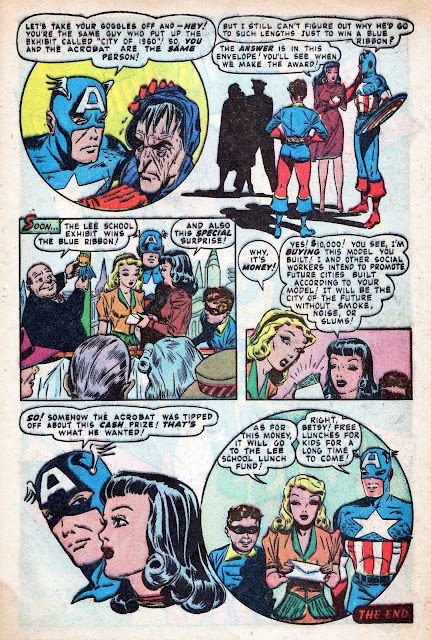 Ah, the post-war delusion of urban planning! Anyway, this story seemed largely an excuse to draw pin-up pictures, albeit in a somewhat hasty manner.

Wasn't The Acrobat -- a different one -- the super-villain who disguised himself as Cap and fought the modern-day Human Torch, before the far-famed Avengers #4?