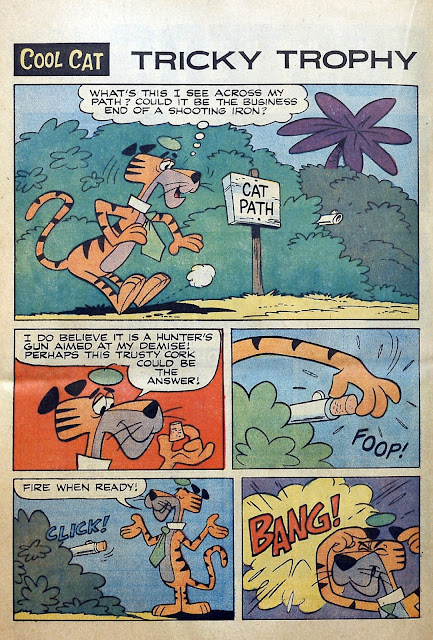 Okay, put down your pens. The contest is OVER! Winners will be announced on Halloween! After two weeks of horror, here's something a tad lighter, Warner Brothers cartoon star COOL CAT. What's that? You don't remember Cool Cat? He premiered in 1967, the first new WB character in some time. Clearly based on the Pink Panther (with perhaps a hint of HB's Snagglepuss), his beatnik patter was already dated when he started and was positively OUT-dated by the time the company got out of the cartoon business for good (temporarily as it turned out) in '69.

The real question is why he was getting his own comic book stories as late as 1971 when THIS one appeared! 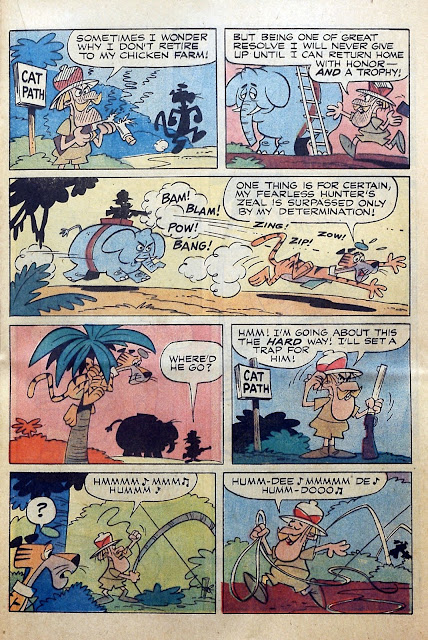 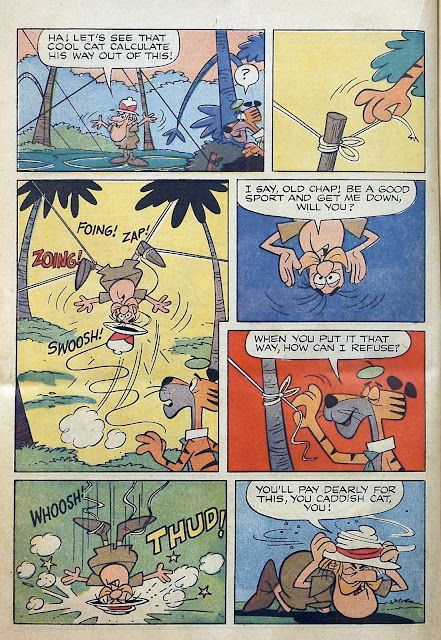 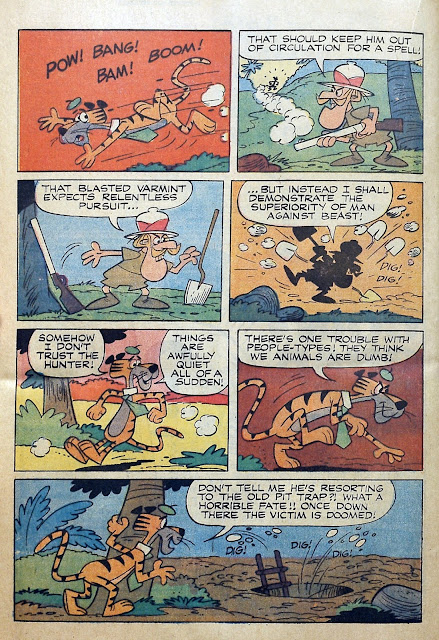 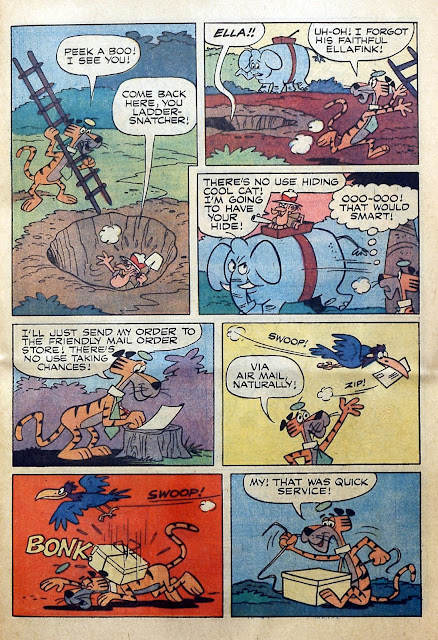 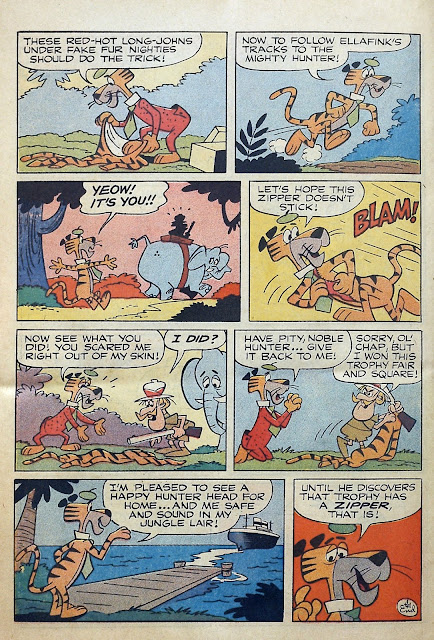 Look like whoever coloring Cool Cat didn't see ANY cartoons at all! He looks purplish for the most part!!!