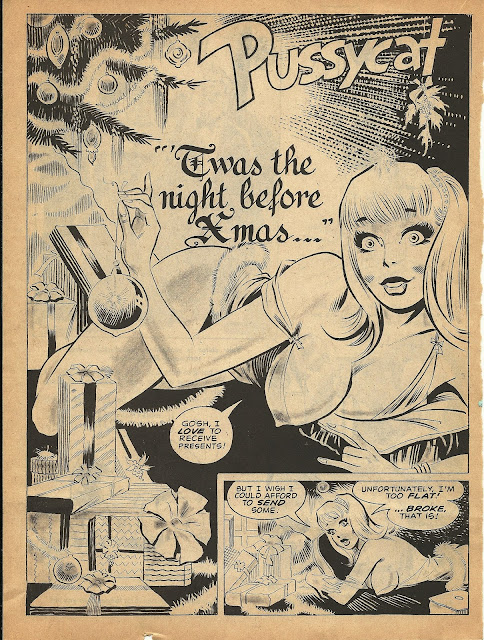 Another no-color special and a PG-13 one at that! Not sure if this is Bill Ward inked by Jim Mooney or Jim Mooney overwhelming Bill Ward pencils but there's little doubt that both artists are involved here. I scanned these myself from 1980's reprint of an early seventies PUSSYCAT tale published by Marvel's parent company. I haven't seen the original of this particular story but I'd be willing to bet that the zip screen stockings our heroine wears on pages 2 and 3 were added for the reprint and not present in the original. Most of the later PUSSYCAT tales seem to have been written by Larry Lieber. 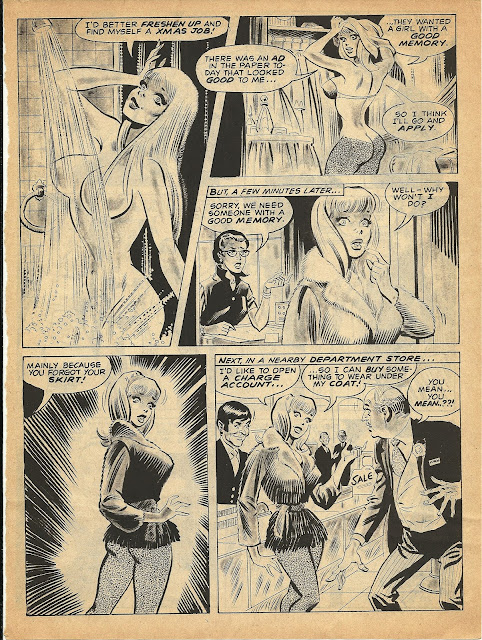 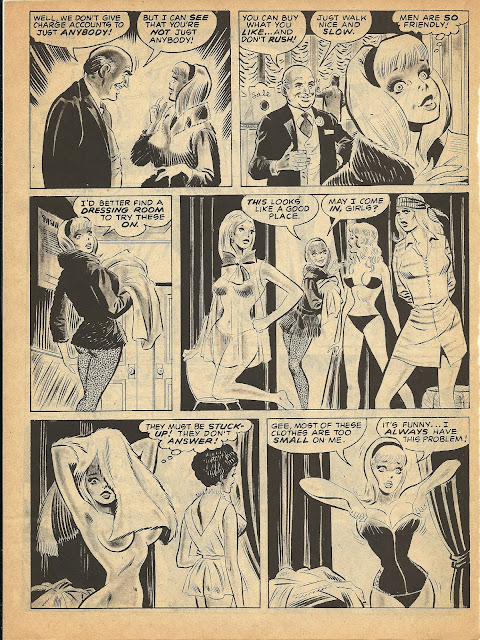 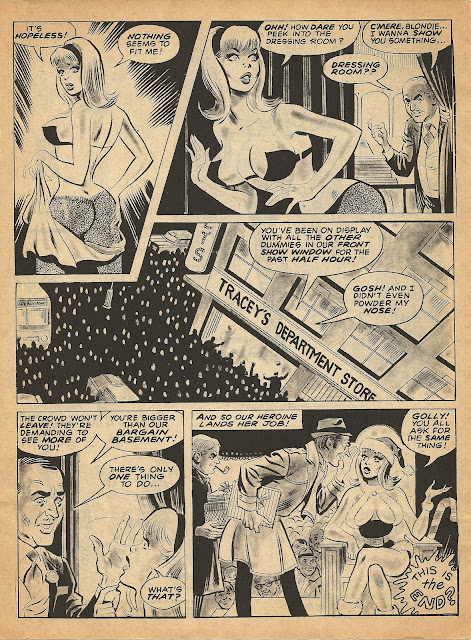 Pussycat was created by WALLACE WOOD who produced her first appearance in 1965. Mooney, Ward and others continued the feature after Wood left Marvel/Goodman. Wallace (Wally) Wood is world famous for his sexy girl comics, whether in EC titles like Weird Science, his 12-year run on MAD, in the pages of Vampirella, Claws of The Cat or for his own creations: Sally Forth, Cannon, Dragonella, Far-Out Fables, Malice in Wonderland, The Wizard King, Animan, et al, ... and, in 1965, Pussycat, agent of S.C.O.R.E! Wood was the perfect talent to create the sexy girl strip Pussycat, originally, his answer to both the '60s spy craze and, former collaborator Harvey Kurtzman's Little Annie Fanny which, was proving very popular over at Playboy. Though Wood quickly moved on to other projects, his sexy spy-girl creation has had a enduring life, with Pussycat adventures appearing in a long list of Martin Goodman men's magazines from 1965 into the 1980s.