I know I've seen a variation on this rather wordy story elsewhere but I can't find it now. The main character looks much like actor Olan Soule who later did the voice of Batman in cartoons of the sixties and seventies. The art itself, credited to one Edvard Moritz, is pleasantly reminiscent of the work of Ramona Fradon. 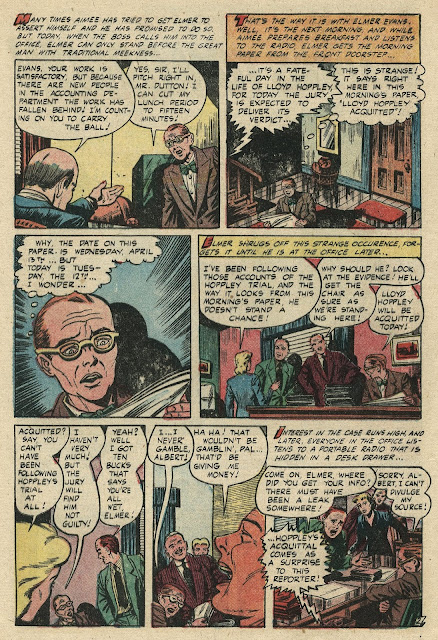 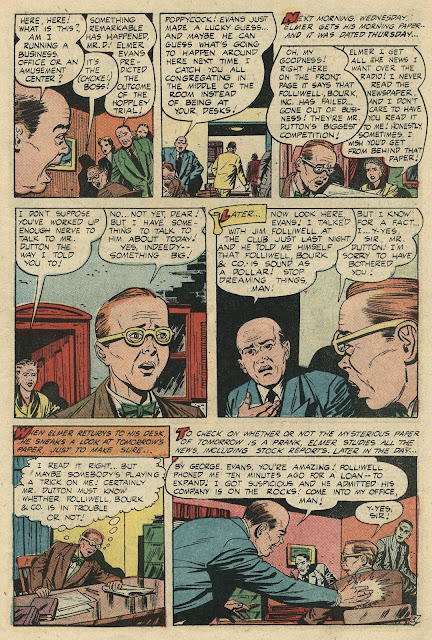 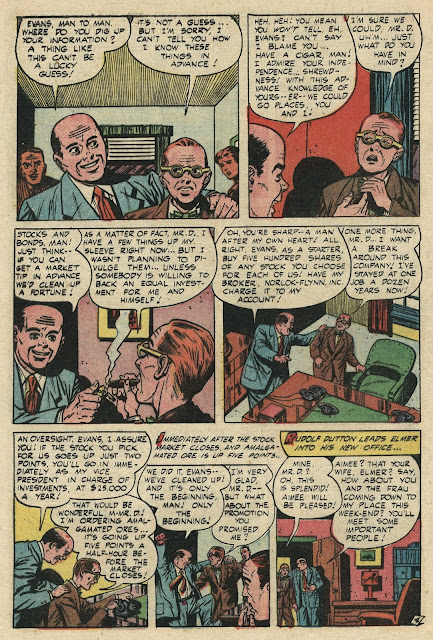 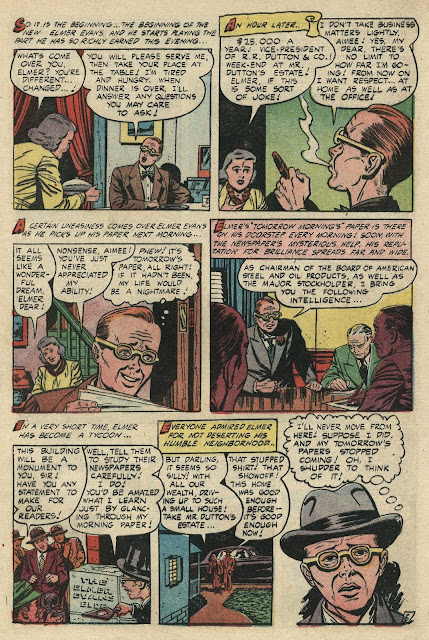 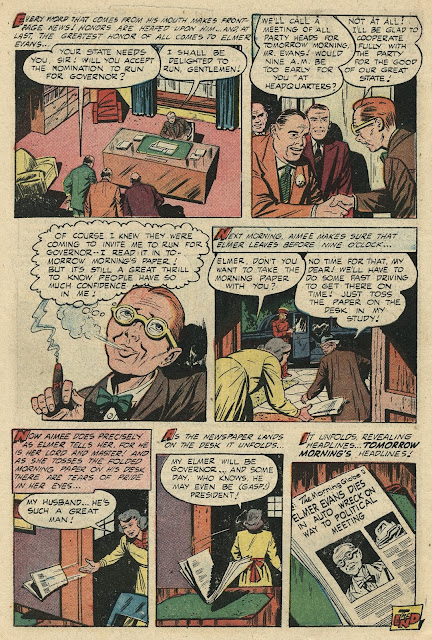 No doubt, it was inspired by the movie "It Happened Tomorrow" (which also inspired the TV series "Early Edition"), about a man who received the following day's newspaper.