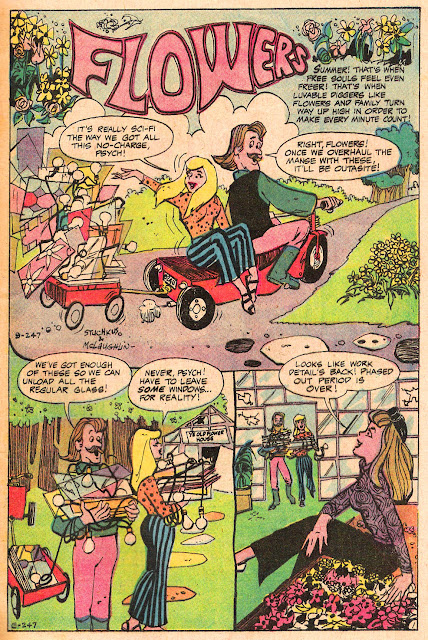 In answer to a couple of requests, here's more FLOWERS, a genuinely hip 1969 comic from the infamously UN-hip DC Comics. The art here is by one L. Stuchkus who later went on to newspaper strip syndication with a strip called CHIP'S PLACE. Inking is by Charlton vet Frank McLaughlin in what is said to be his first work for National. He would quickly become a very familiar name to superhero fans. Note the various subtle and non-judgemental drug references that somehow got past the Comics Code. 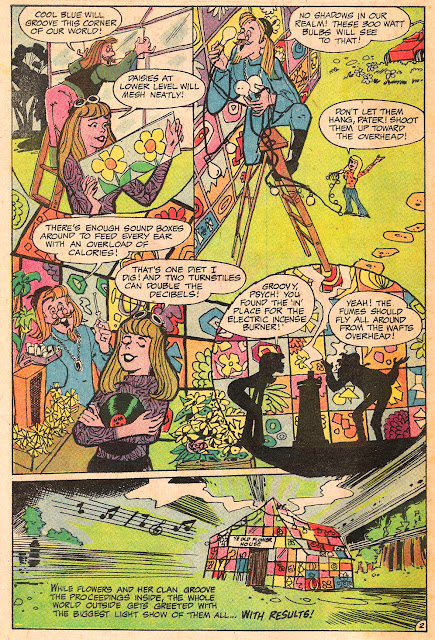 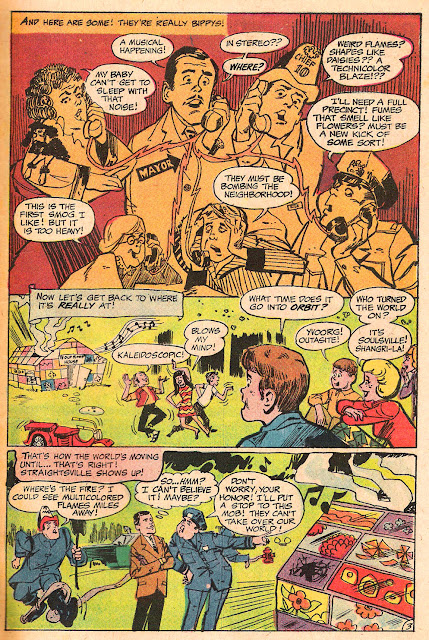 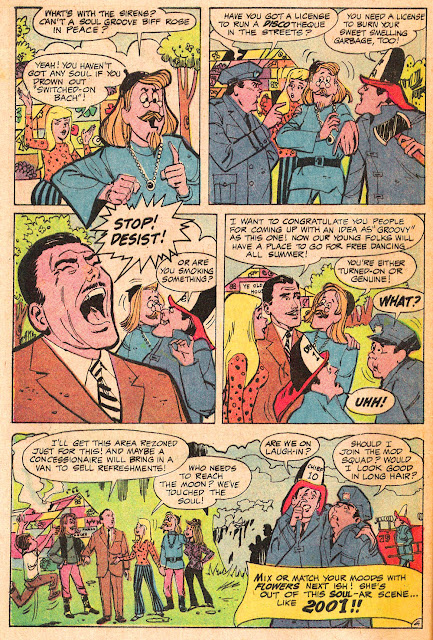 I love these, if only there were comics like this right now.