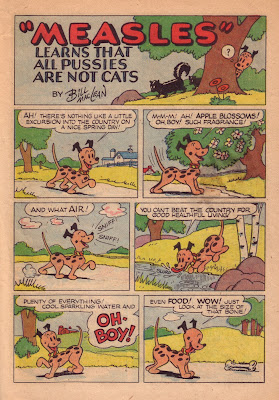 Beginning in 1944, Bill MacLean's newspaper strip DOUBLE TROUBLE about toddler twins ran for nearly a  decade before ending in 1953. Measles was the dog from that strip and this Dell strip was from a FOUR-COLOR issue in '53 that may have been a test as to whether or not the strip might continue in comic books. Or perhaps it was just a typical Dell tie-in to cash in on a newspaper strip. Either way, the whole issue is pretty funny and GCD says it's actually by MacLean. 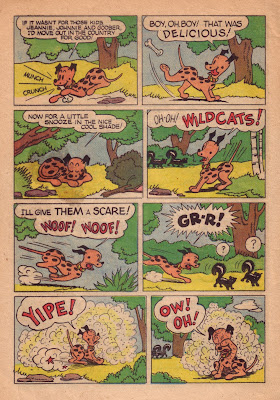 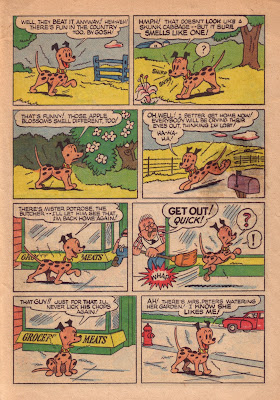 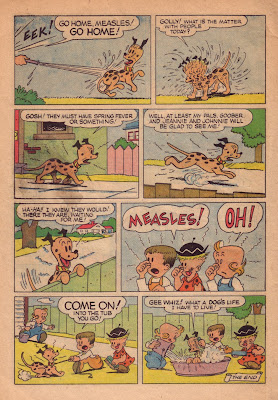