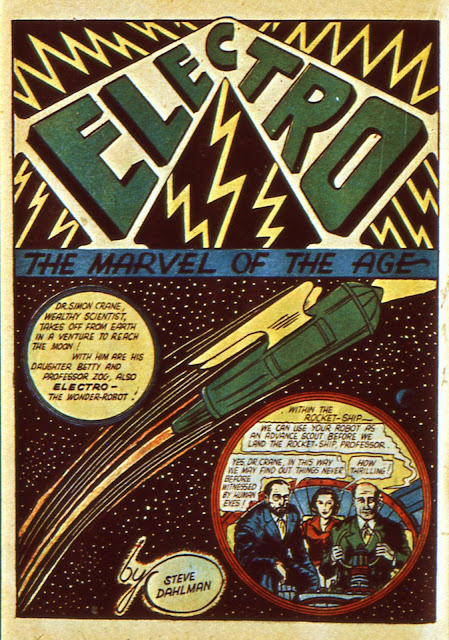 Steve Dahlman came from the same group that brought Bill Everett and Carl Burgos into comics, Funnies, Inc. Like those two, his work appeared regularly in early issues of MARVEL MYSTERY COMICS. His character, the robot Electro, never gained the fame of Sub-Mariner or the Human Torch but, as visually sort of a Golden Age Iron Man, he had some well-drawn adventures. 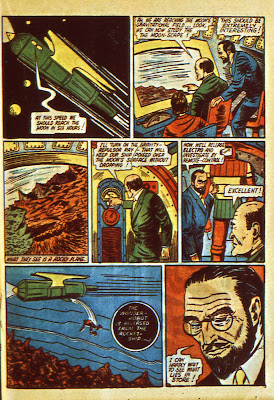 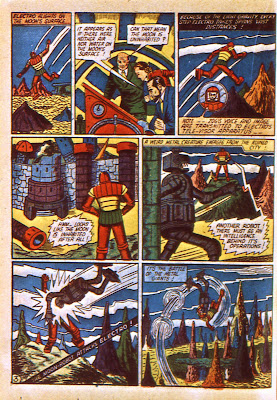 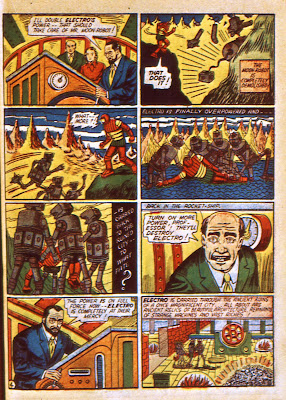 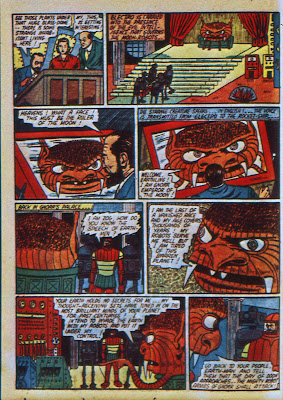 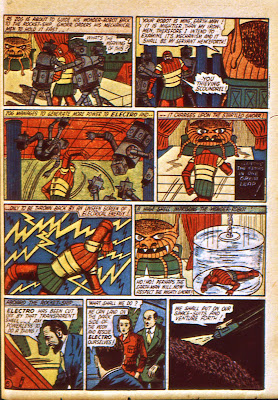 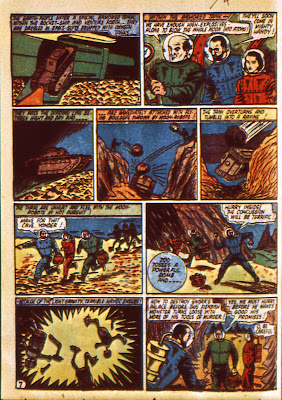 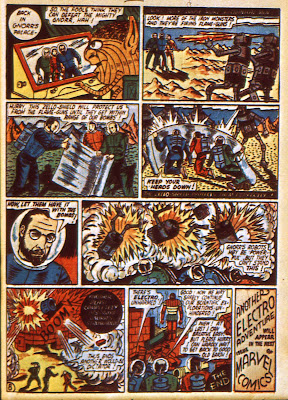 That is just "wonderment" wrapped up on a few pages.

This is why they call it the Golden age. Surprise and wonder in each issue. And why the compressed style of comics has nothing to apologise for