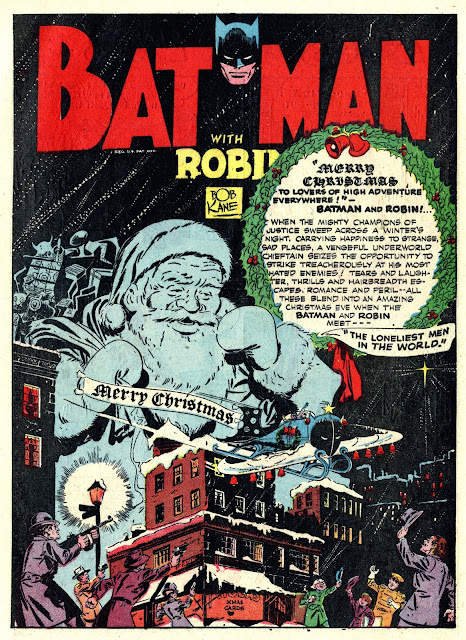 According to Jerry Robinson, who died Wednesday evening, this early Batman Christmas story is by Don Cameron with art by Bob Kane, inks and backgrounds by Robinson with George Roussos. Jerry, of course, should have known but the whole thing looks pretty much like Robinson's work to me. Either way, it's a gorgeous example of the strip's style just as it was hitting its early forties peak. 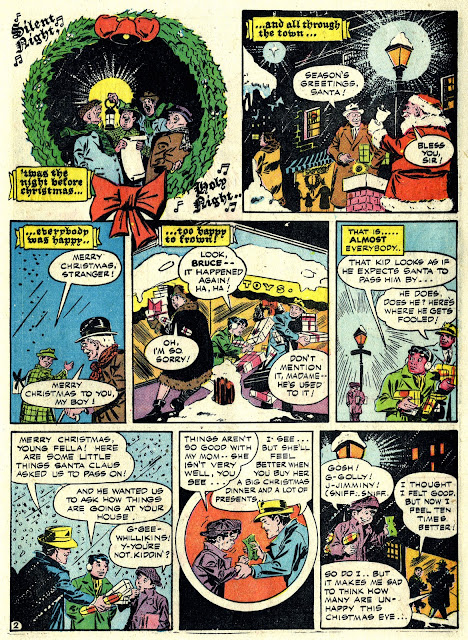 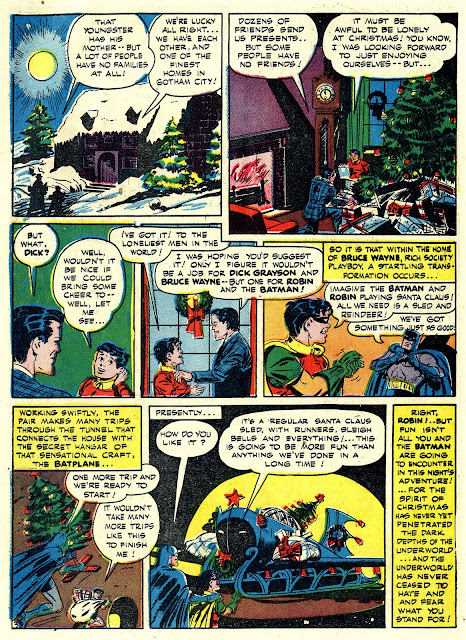 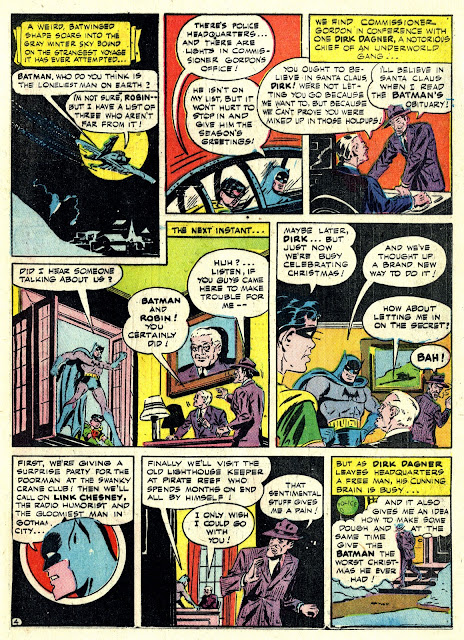 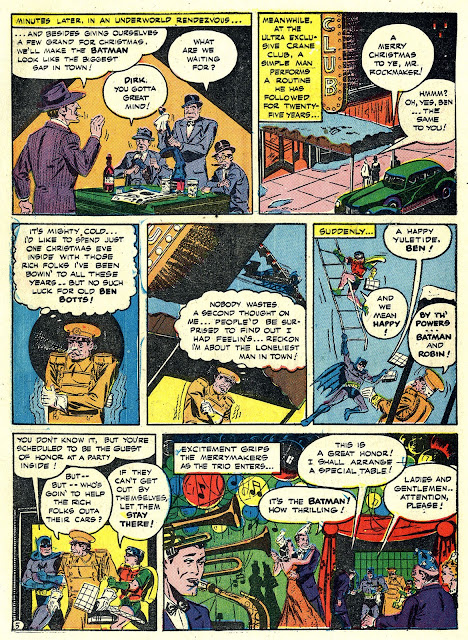 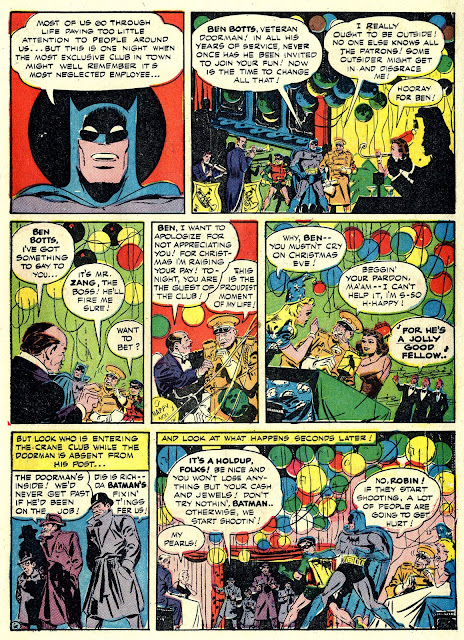 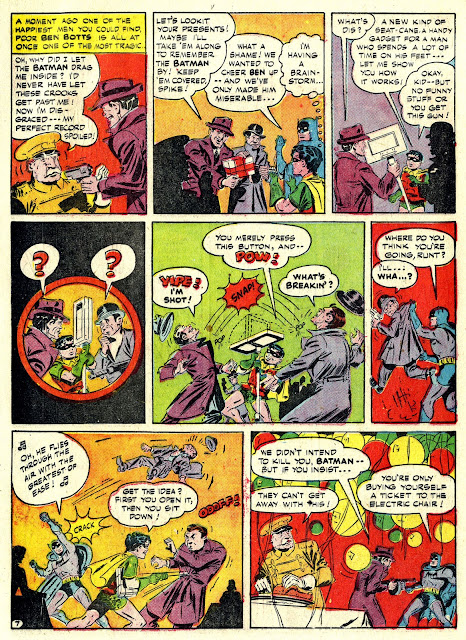 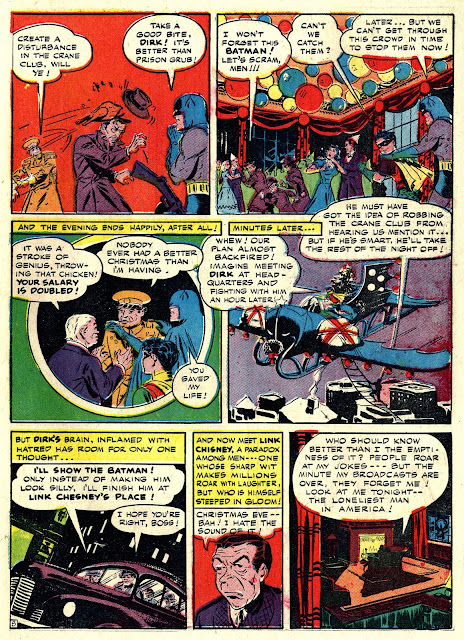 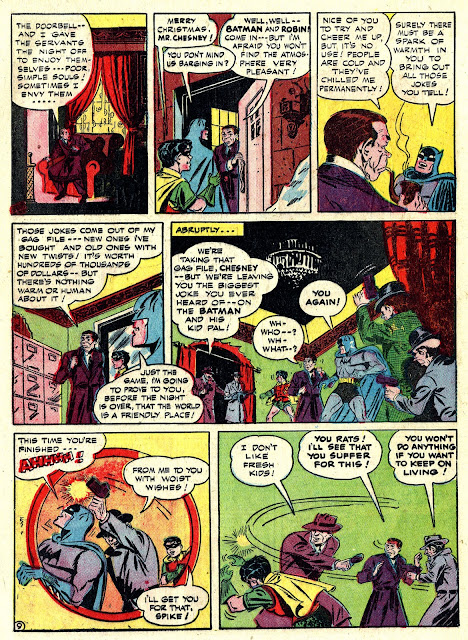 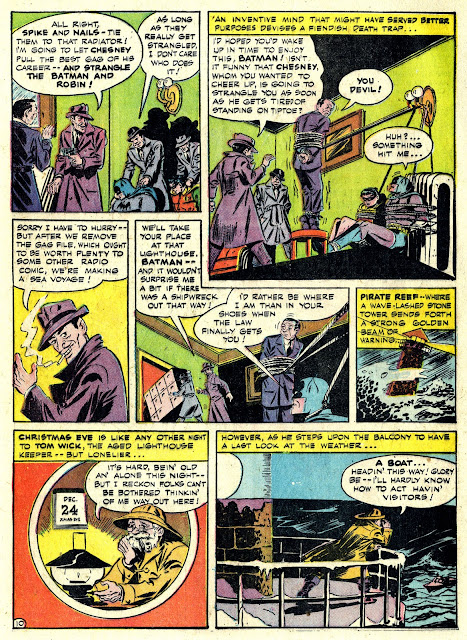 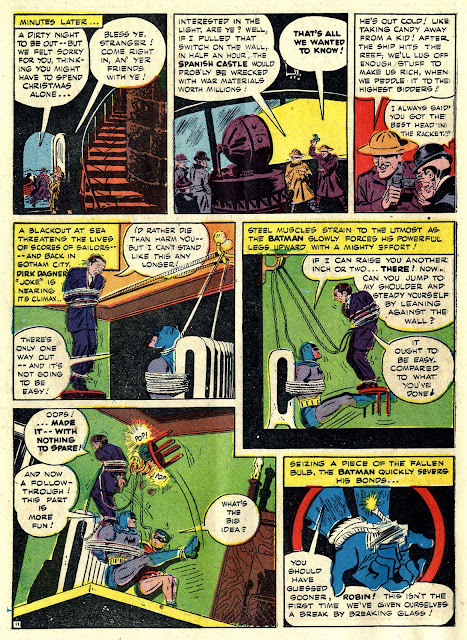 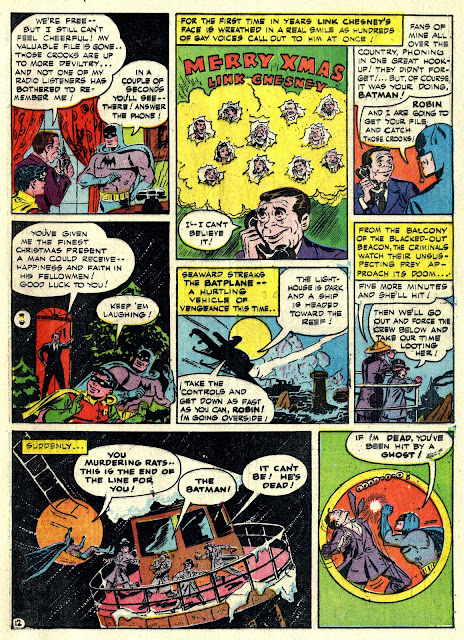 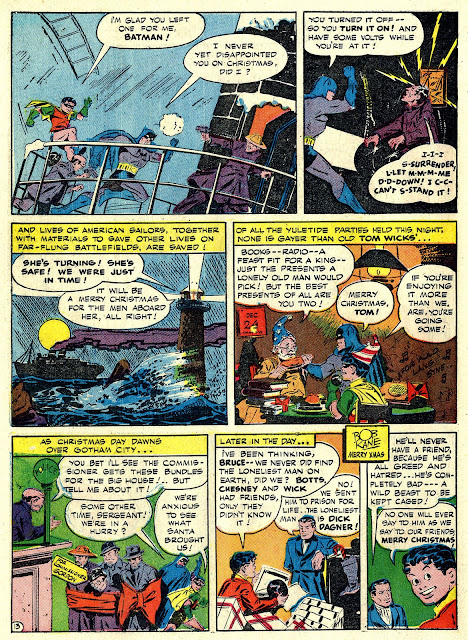 wow. 500 posts? congrats, mate. and what a cracker to celebrate! every pun intended.