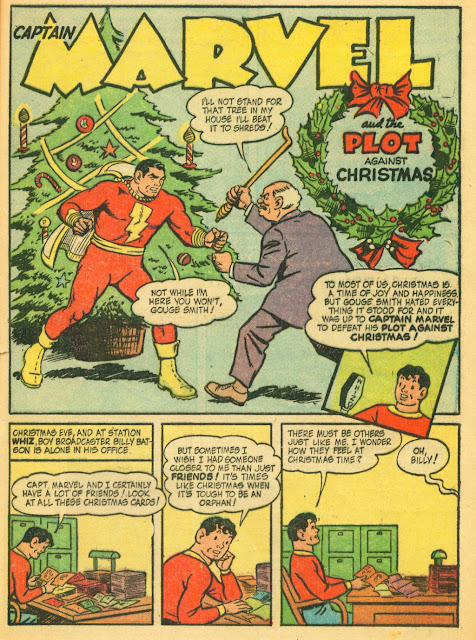 CAPTAIN MARVEL ADVENTURES is probably, as far as I'm concerned at least, the most consistently impressive comic book of the Golden Age in both story and art. C.C. Beck established the unique style of the strip early on and his stable of artists carried that straight though the end of the title's run. Otto Binder wrote most of the stories but even those he didn't write retain the wonderful characterizations he cemented for Billy and all the strip's wonderful supporting characters and evil villains. It's not a kids' strip and yet it's written and drawn like one. It's also the most original superhero concept since Superman. 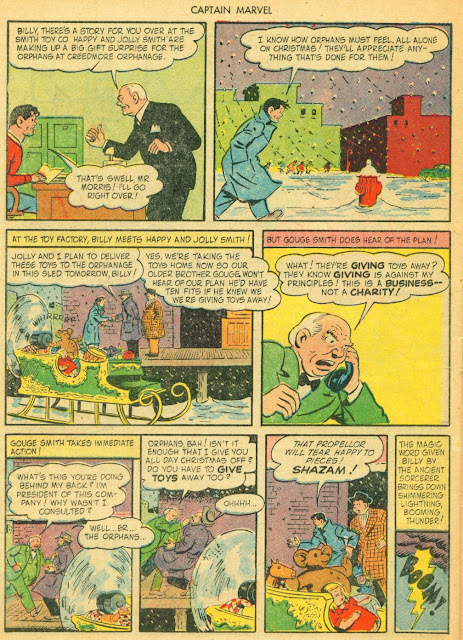 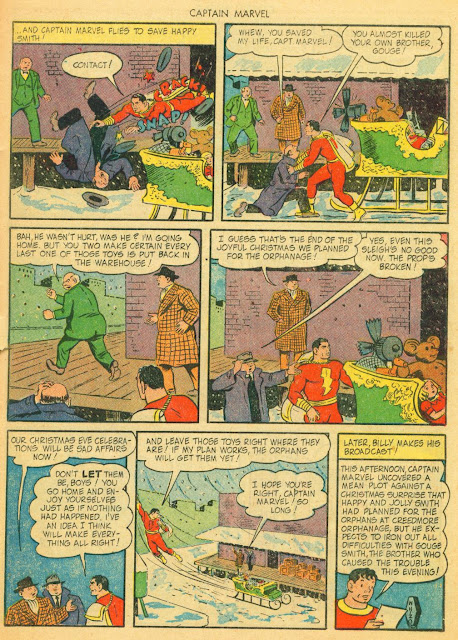 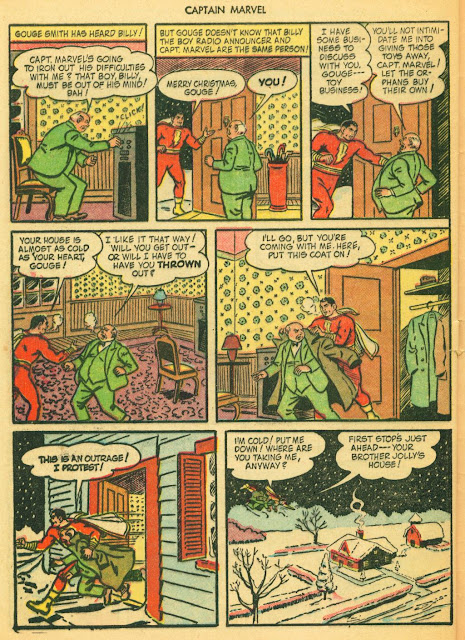 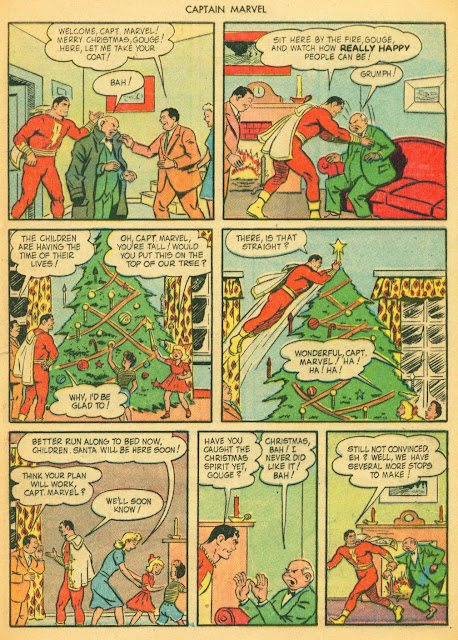 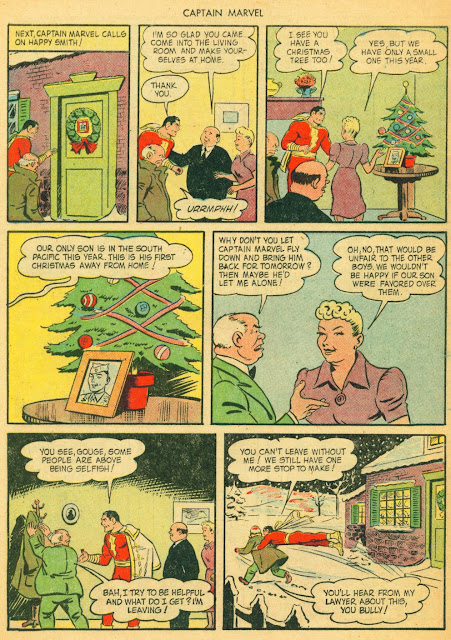 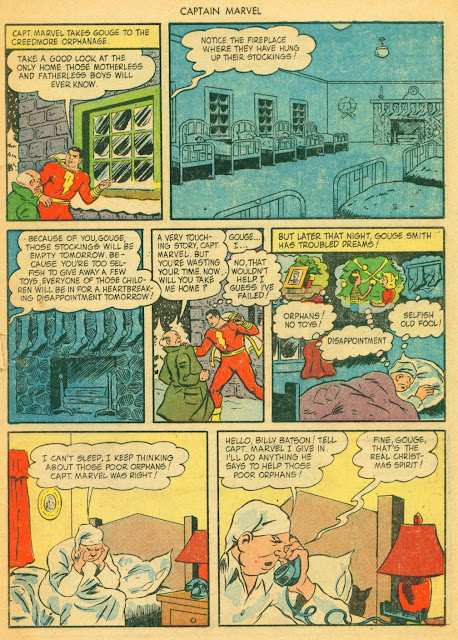 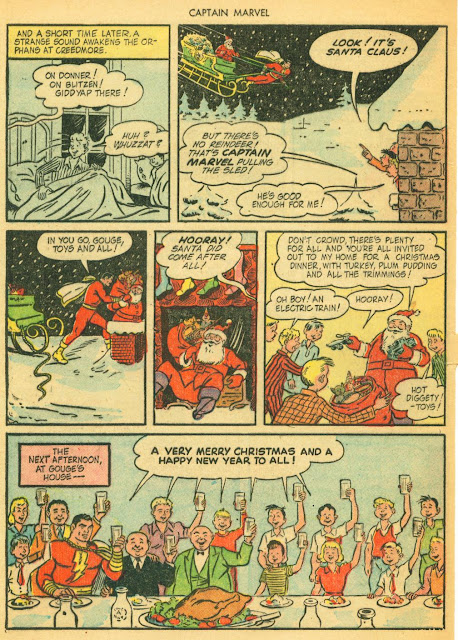 This is good stuff, even if Constanza's artwork was still evolving at the time this was published.

In a few years, his drawing would look much more like that of C.C. Beck's, but it still had a dash of "personality" that a studied eye can tell the difference between his renderings and Beck's.