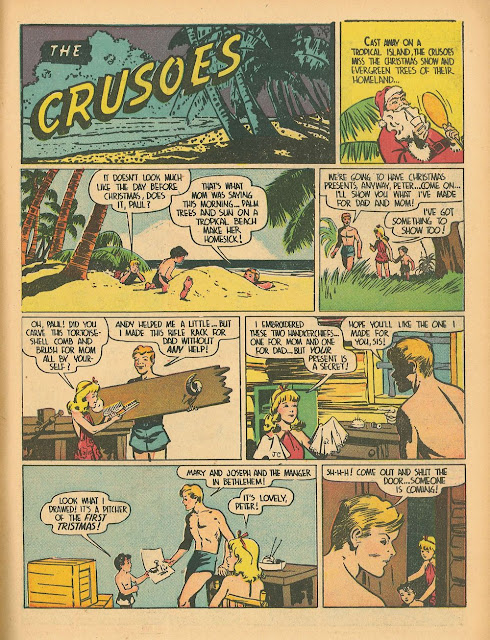 The Crusoes was an original backup feature in CRACKAJACK FUNNIES, one of those many Golden Age titles that mainly reprinted newspaper comic strips. This holiday tale appeared in the final issue although the series itself transferred to POPULAR COMICS. Although no great shakes as a cartoonist, artist Al Micale was a popular pulp and children's book illustrator throughout his career as well as latterly doing CLASSICS ILLUSTRATED covers. 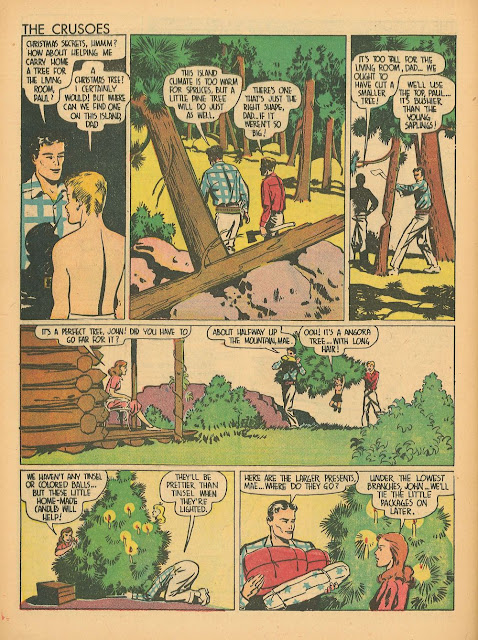 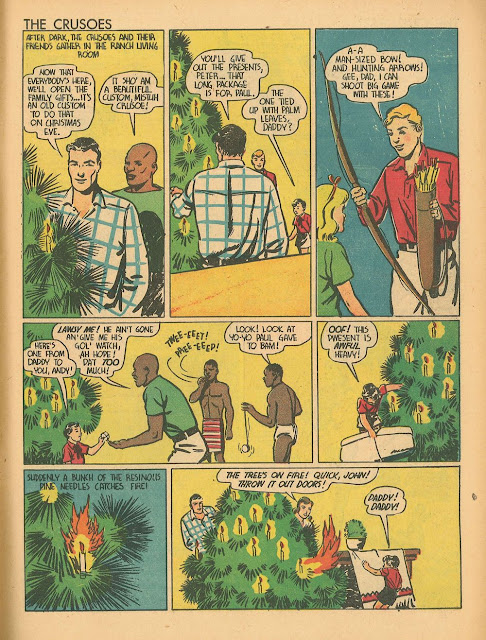 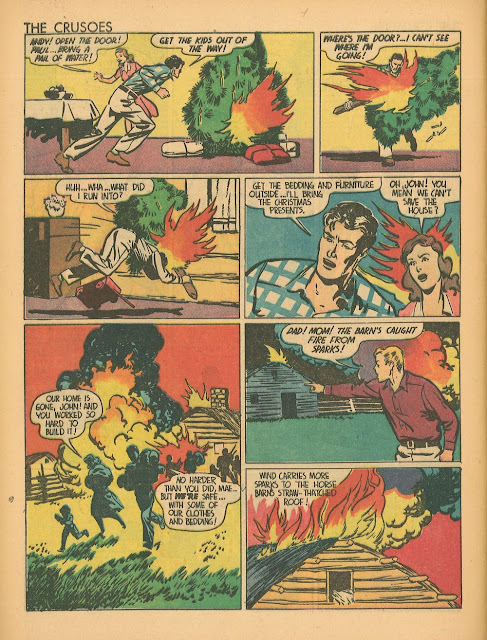 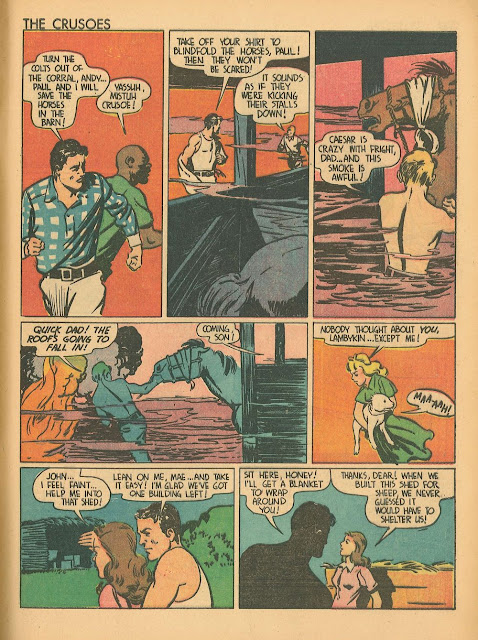 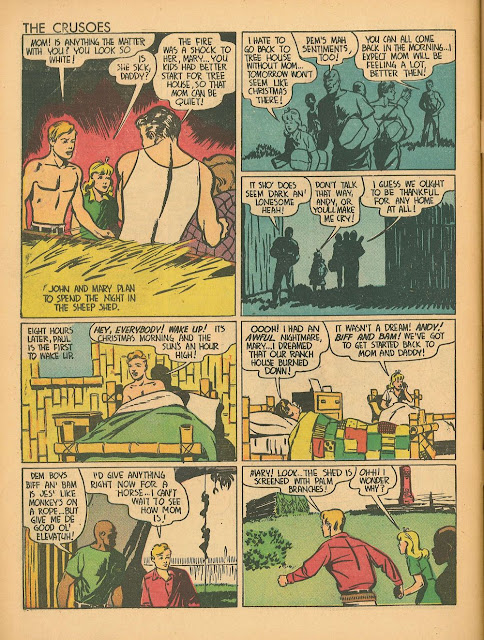 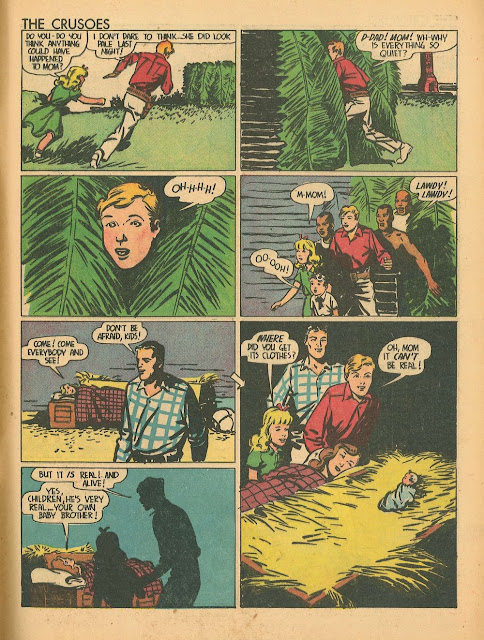 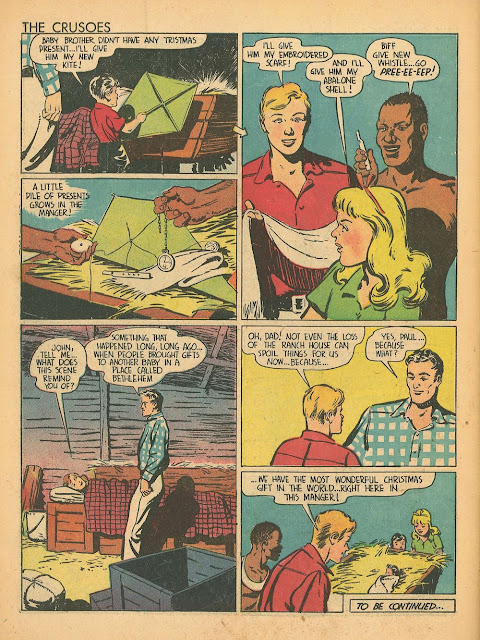