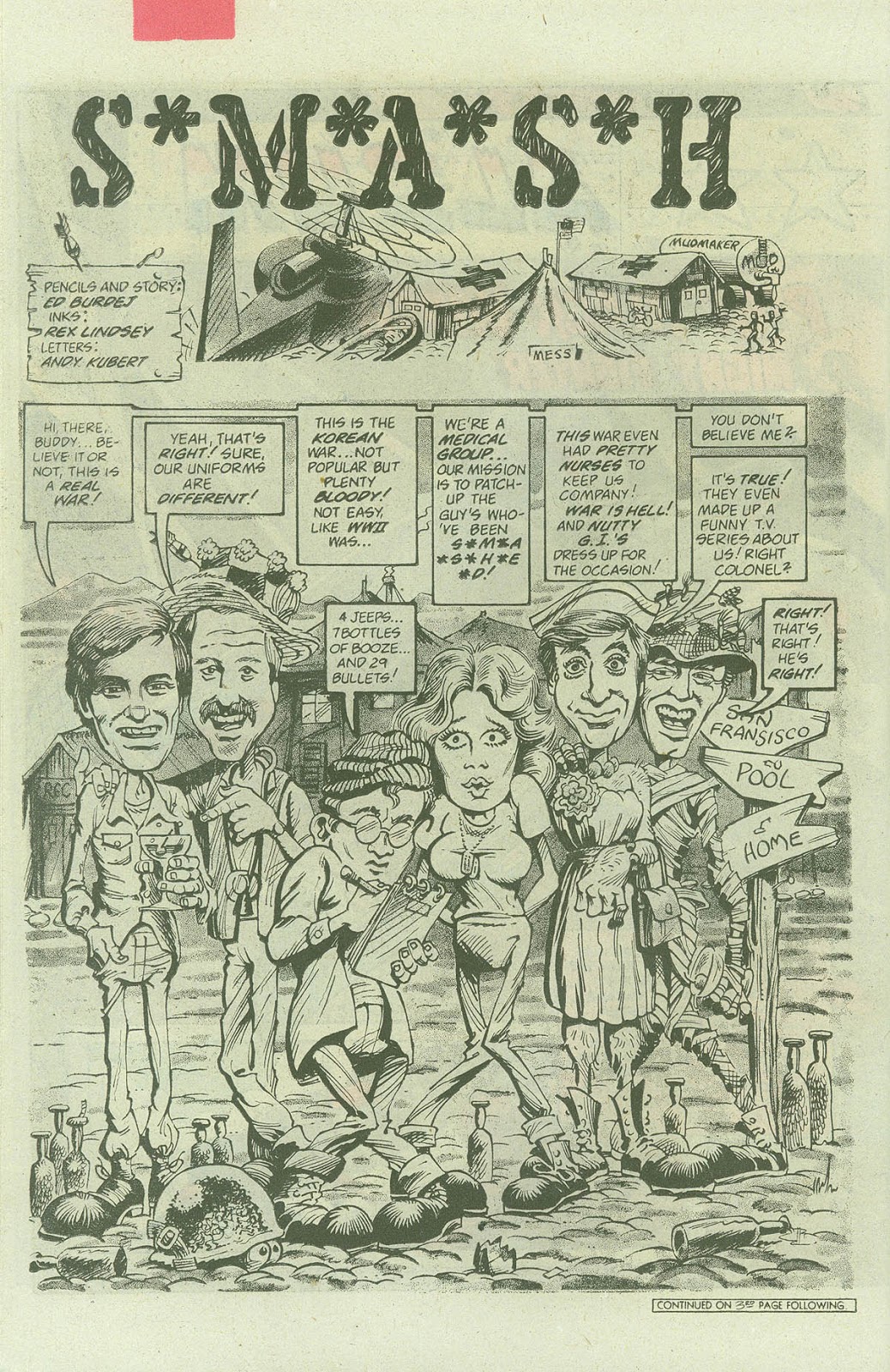 It may look like a MAD reject but this belated black and white parody of the already then-legendary TV series M*A*S*H, which had already ended its run by the time this came out, actually popped up as a backup in DC's SGT. ROCK comic! With lots of fascinating stories by the likes of Tim Truman, Tom Yeates and other Kubert School grads also appearing there in those days, I'm going to go out n a limb and say editor Joe Kubert was using his comic as a place to get his students and grads some credits and experience. In fact, the artist here has only this as a credit! Does anyone know if he was using a pseudonym? Inks by Rex Lindsey, better known today for a long run drawing JUGHEAD! 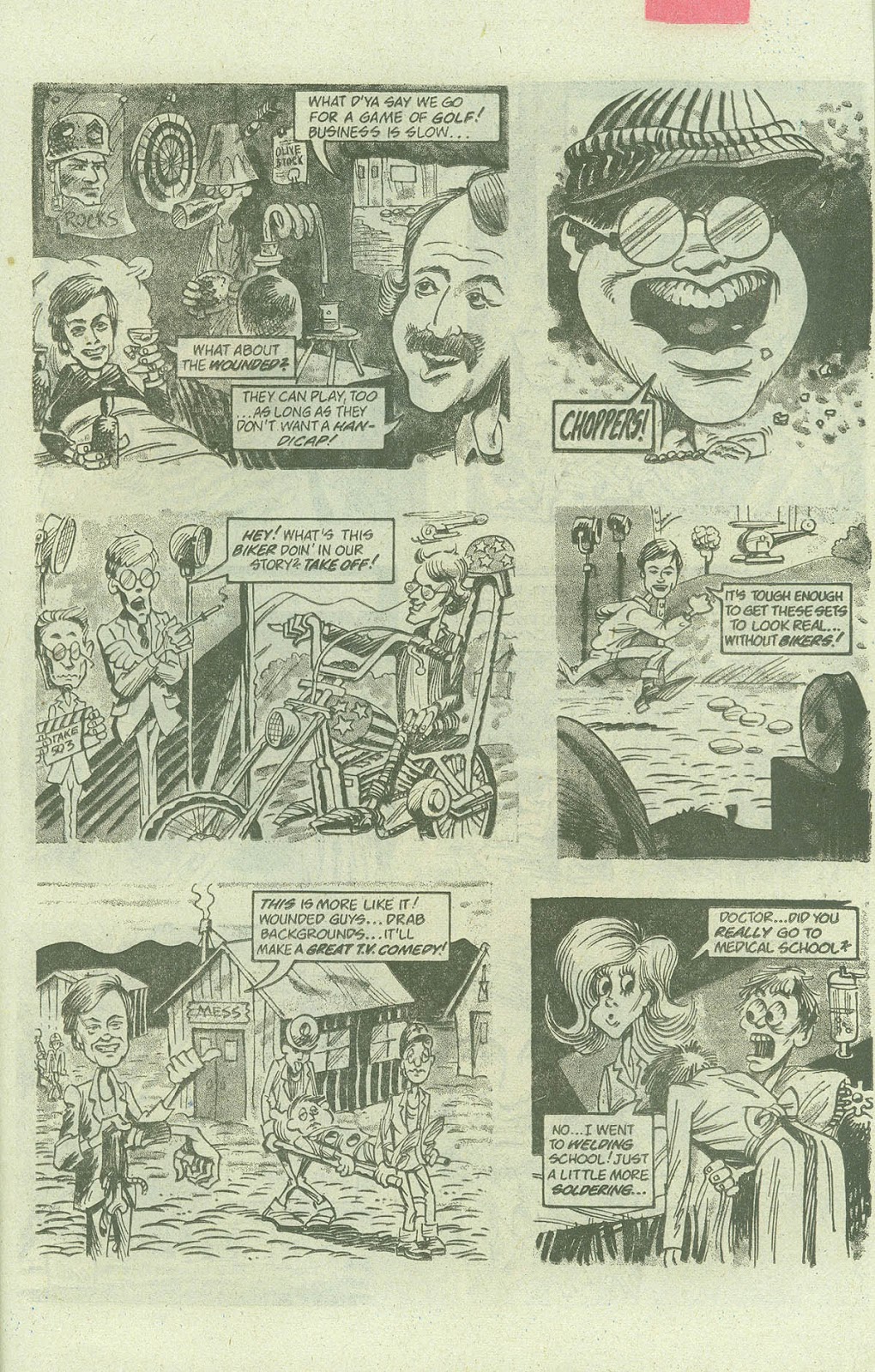 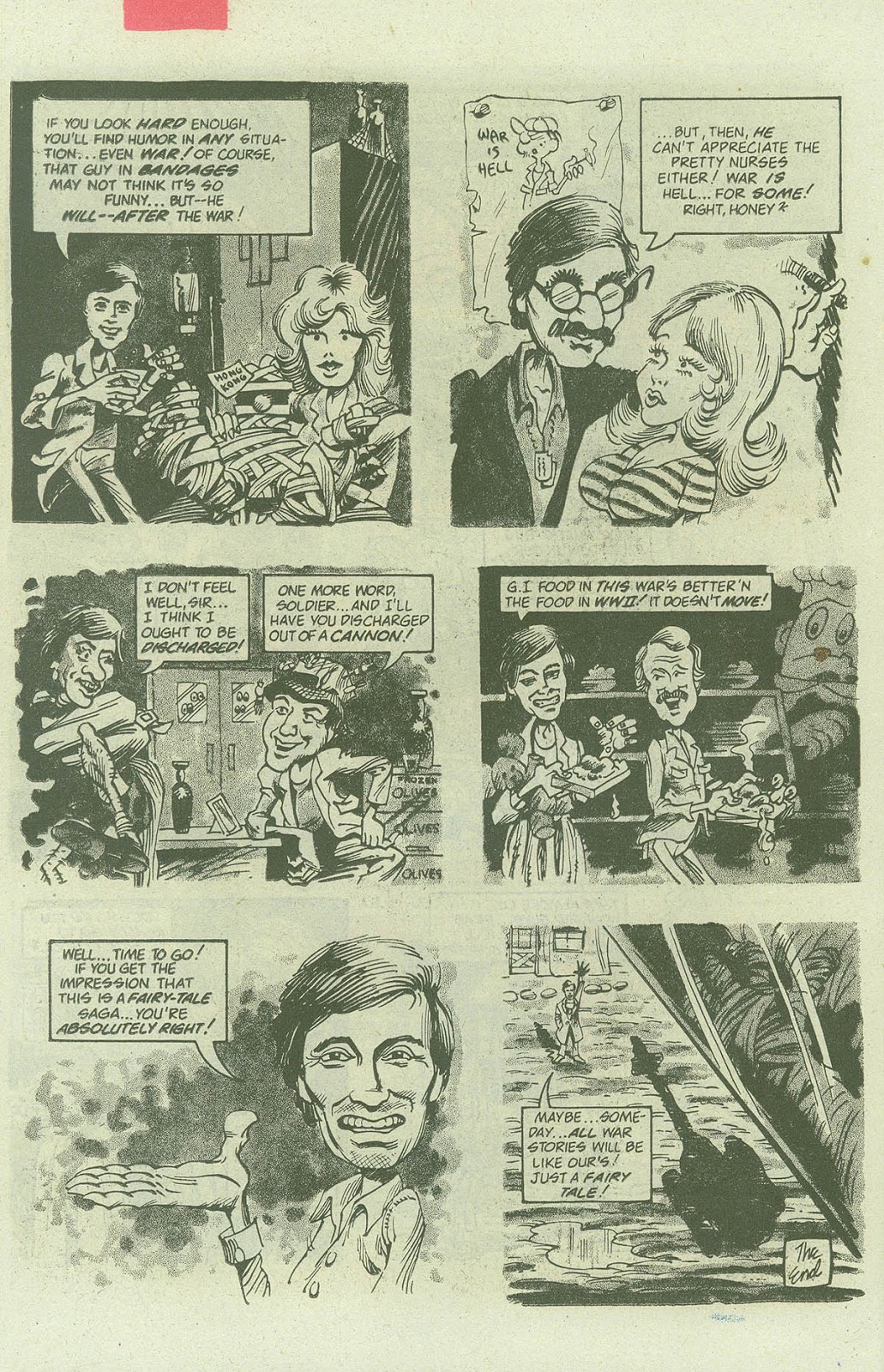 An ﻿EDWARD A. BERDEJ ﻿of Cedar Knolls NJ had some writing credits ﻿in
Archie’s TV Laugh-Out between 1983 and 1985.

PS: Sorry for the email. If I knew how to post this in the COMMENTS section
I would have.