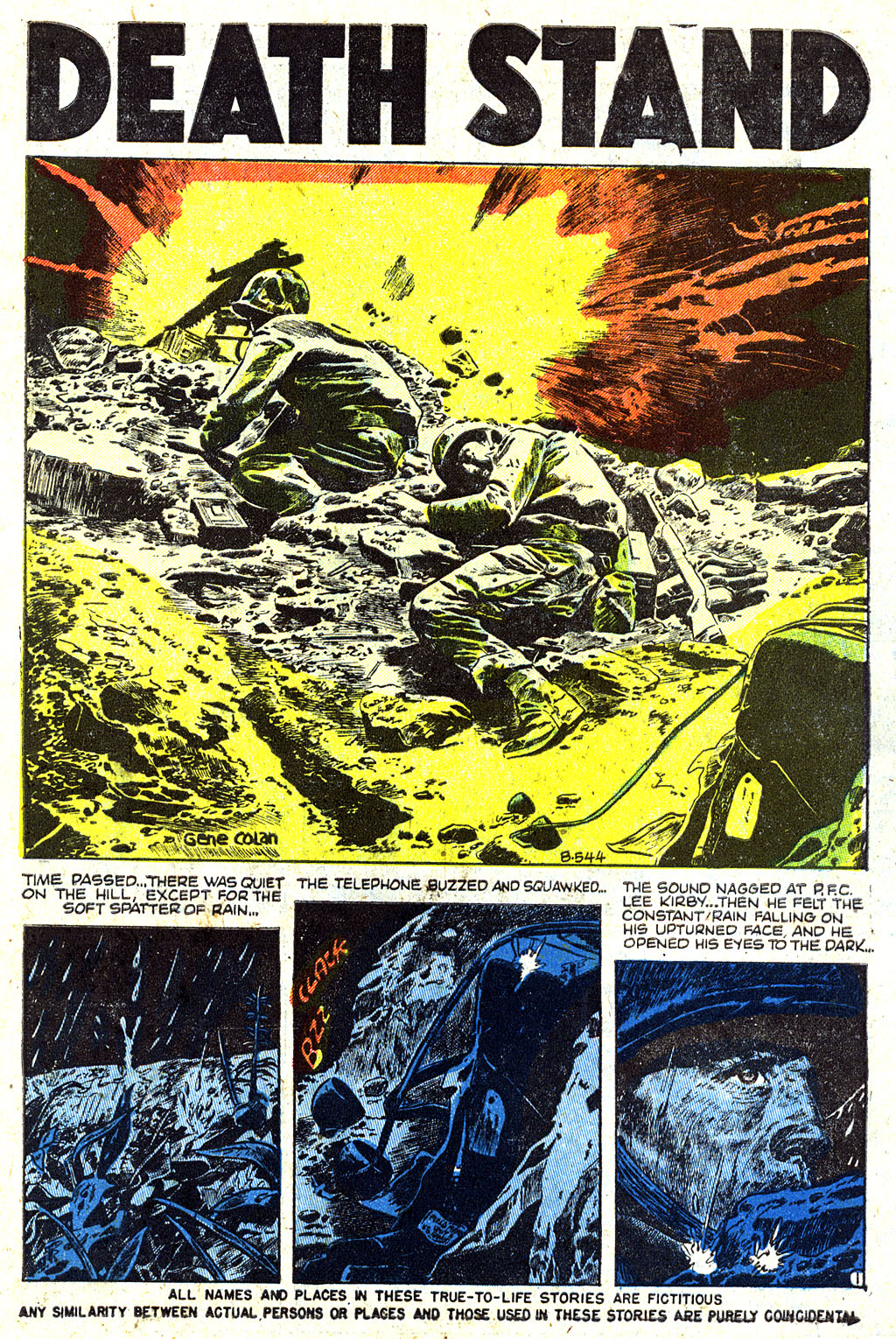 One often hears that before Sub-Mariner and Daredevil, Gene Colan was best known for his work on romance comics. Perhaps...but long before that he turned out some amazing war stories as well! Here we see Gene the Dean as far back as 1952 in MAN COMICS. MAN COMICS, along with Harvey Kurtzman's EC anti-war comics, was investigated by the FBI for possible sedition because they portrayed war as a bad thing! 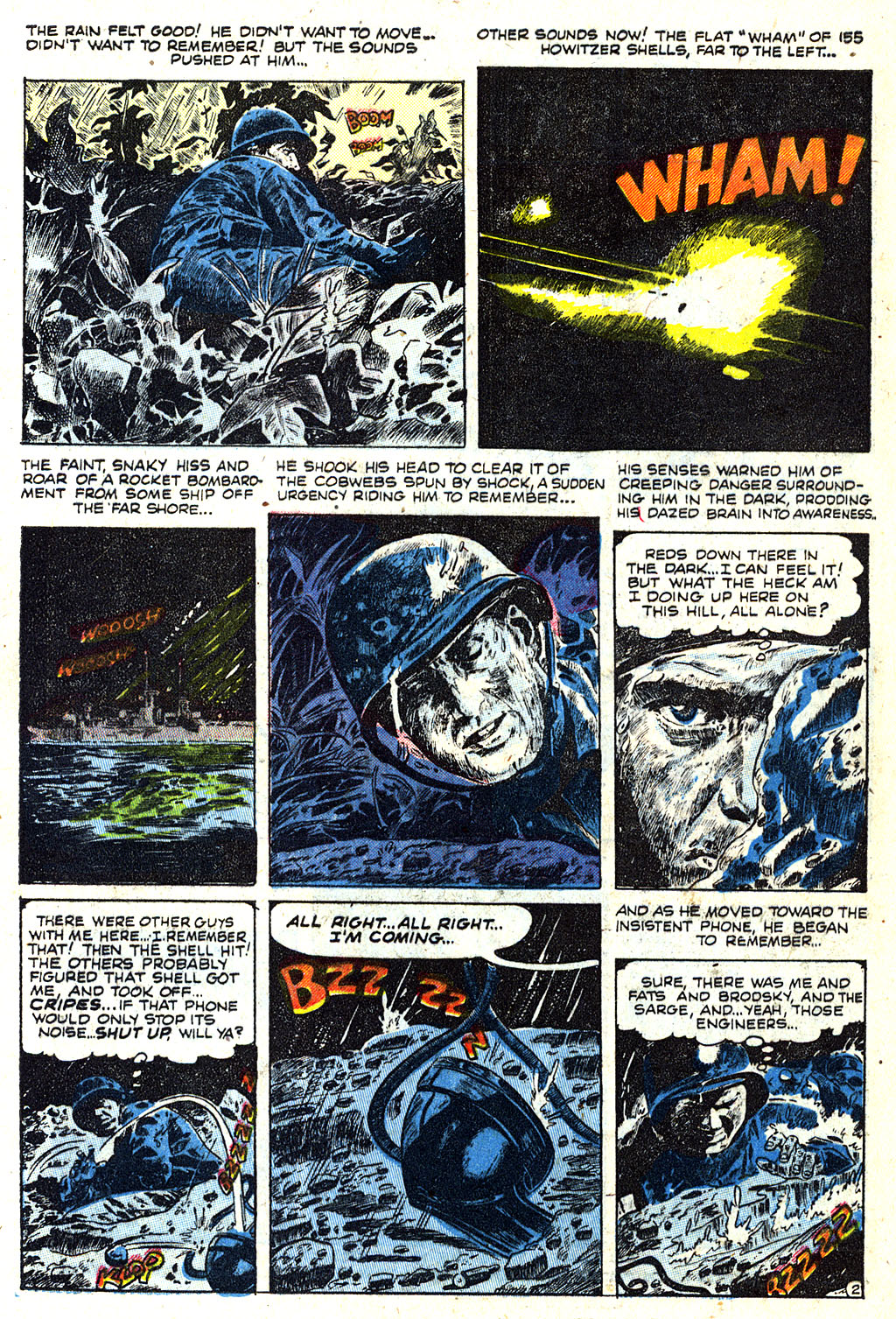 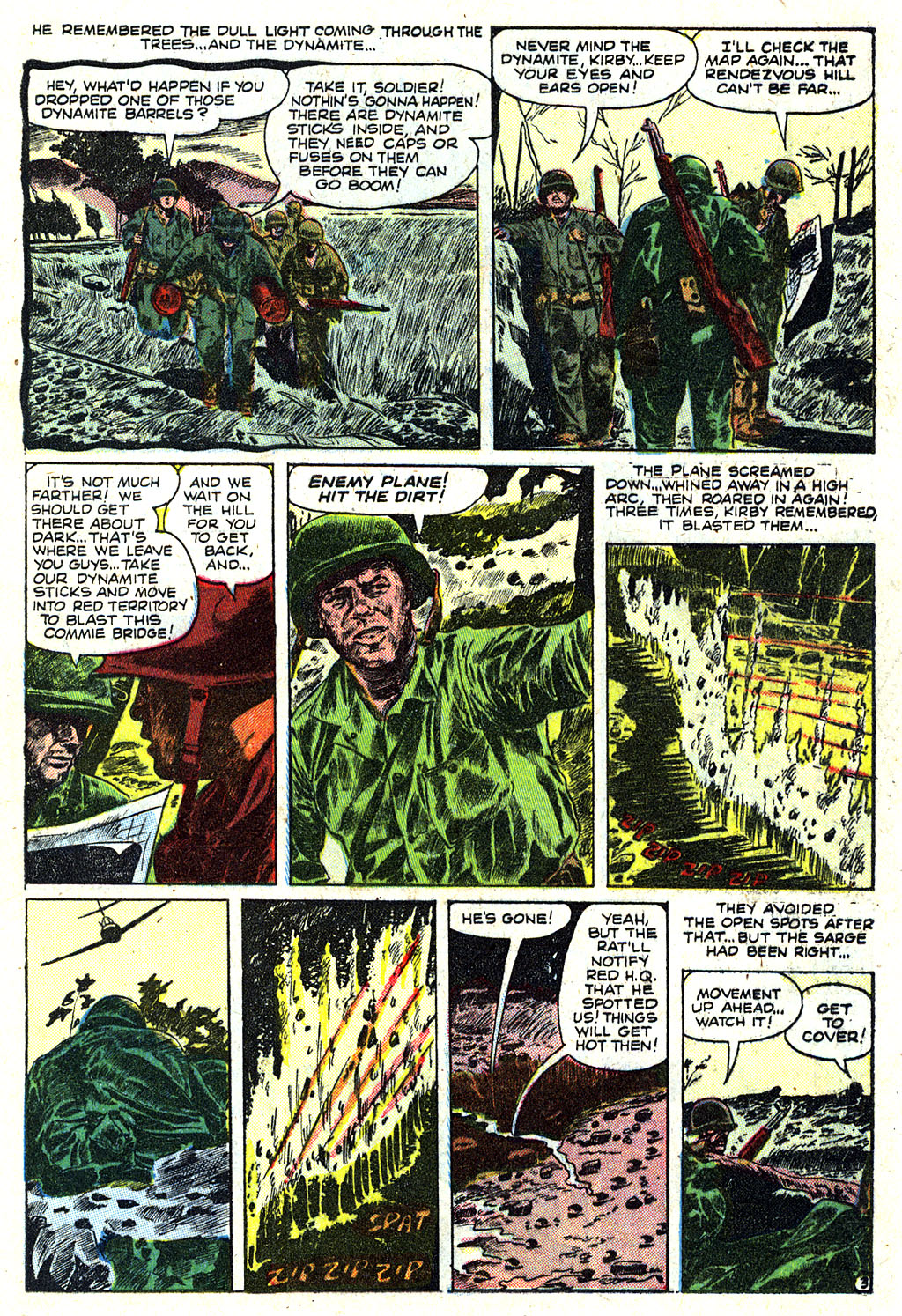 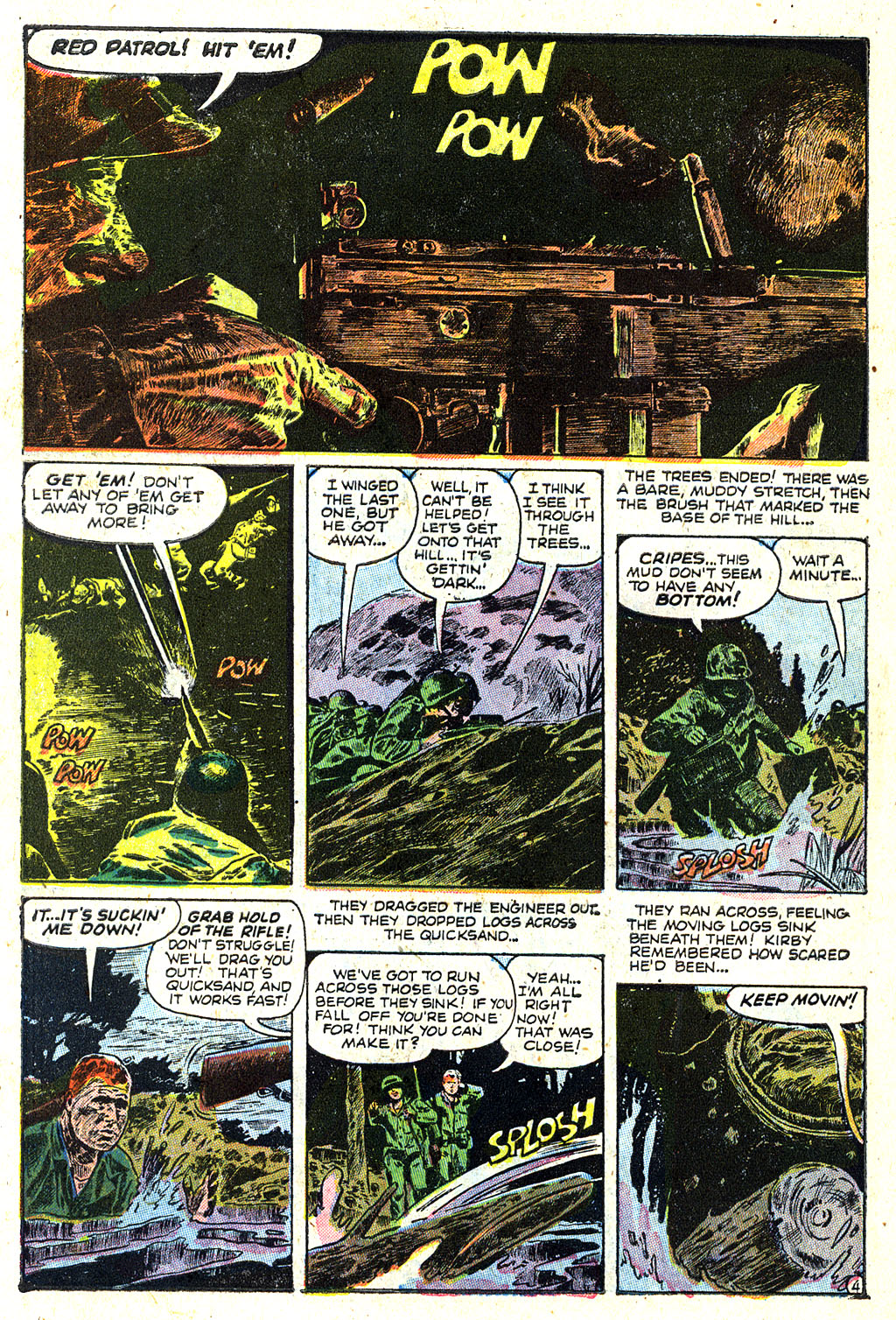 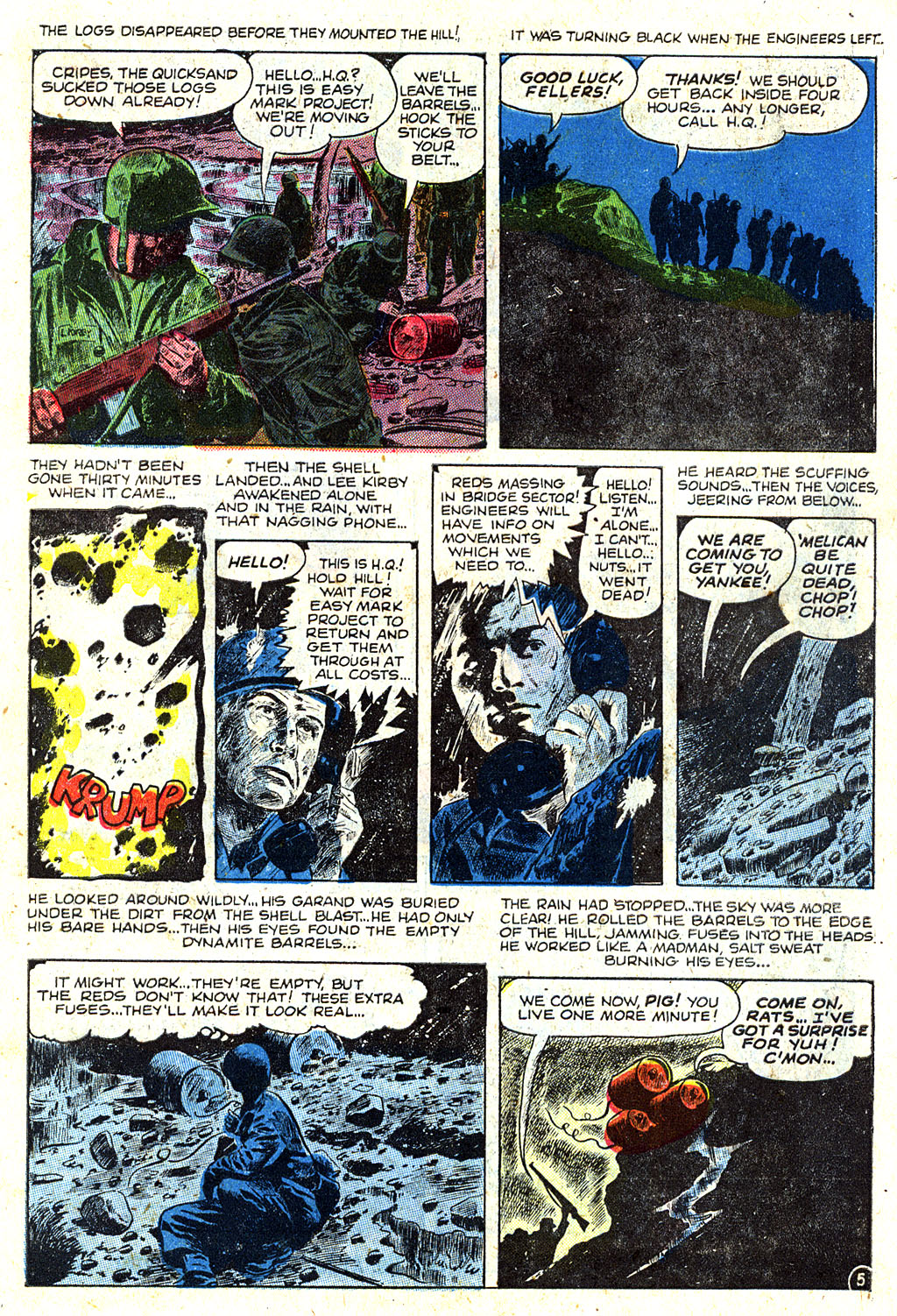 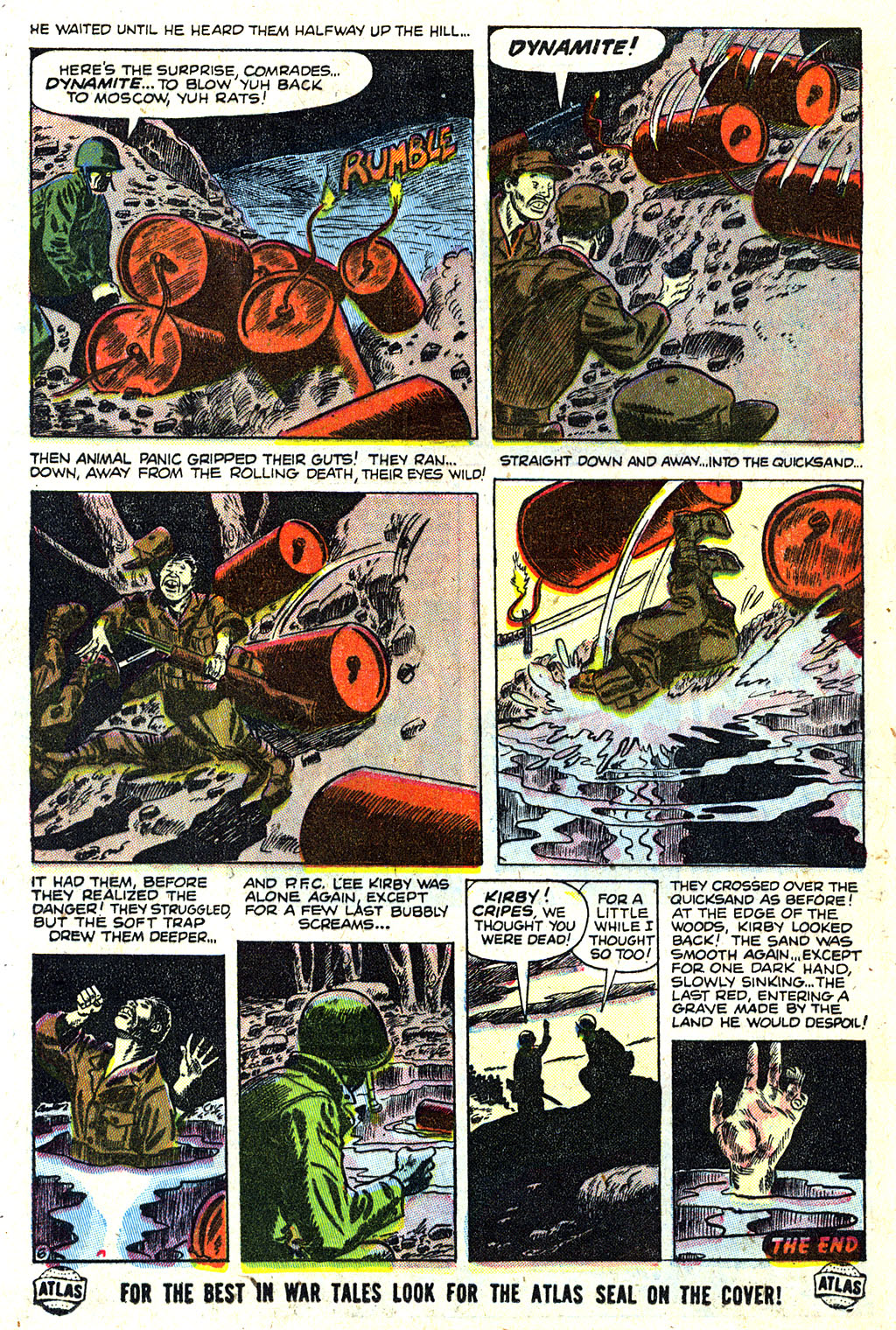 Kurtzman's depictions were rather more subversive, as they often implicitly questioned the cost or the objective. But certainly, when I first read these Timely stories, I was surprised at how grim they depicted things. The war comics of the '60s were far more reassuring when it came to the survival of American soldiers.

(Actually though, I found Sgt Rock unengaging, and Sgt Fury still less so. It was von Hammer whose stories moved me.)